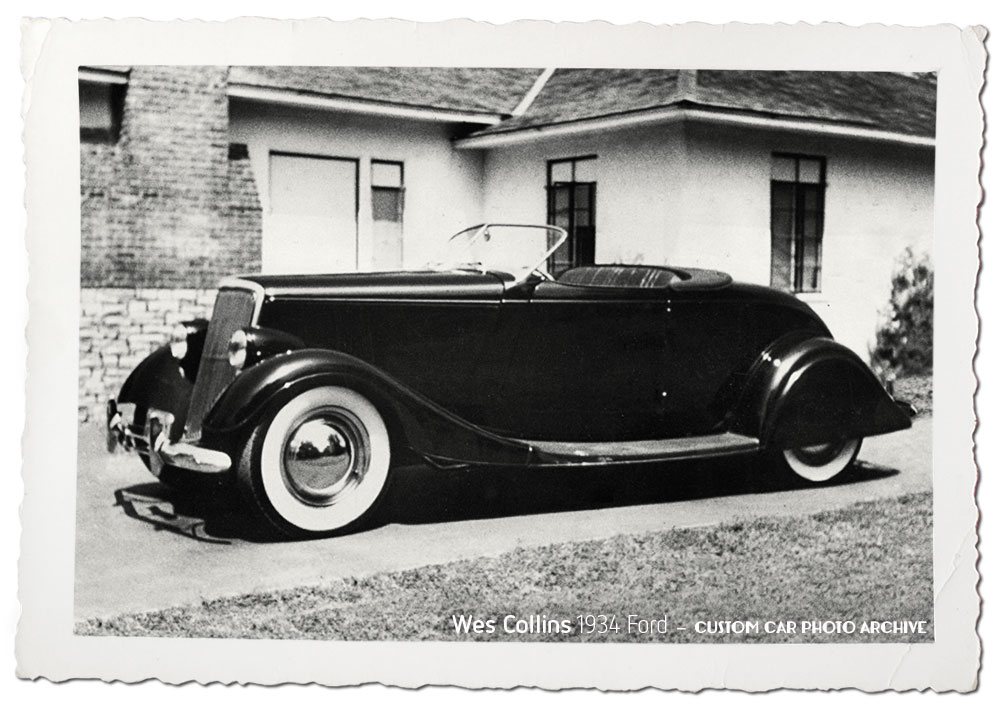 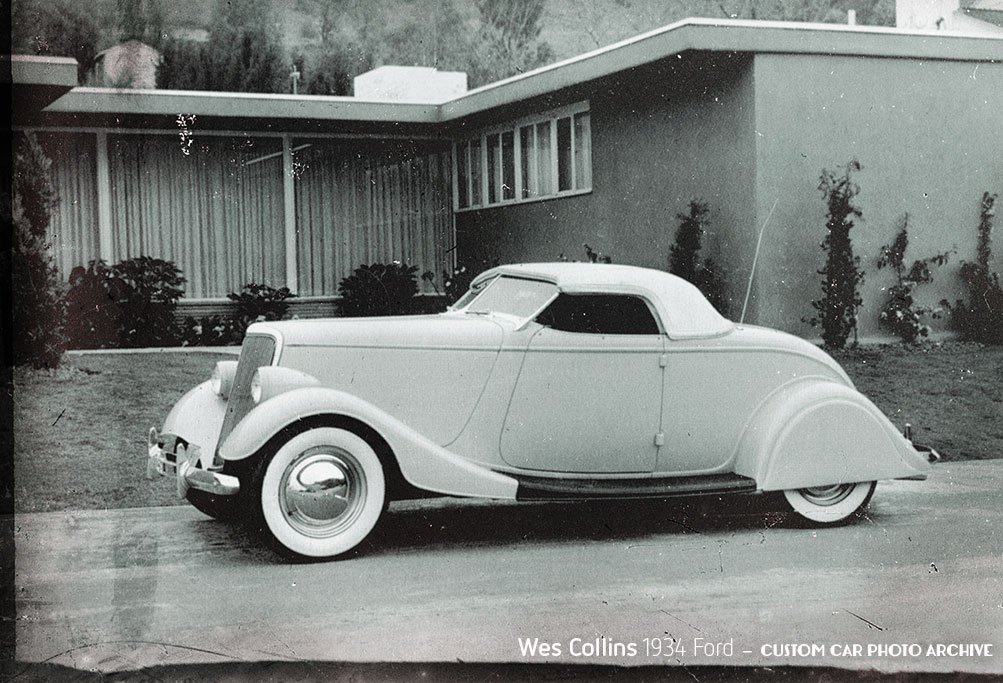 Pat Ganahl did an excellent article on Wes Collins 1934 Ford in the Rodder’s Journal issue 51. This photo shows Wes’ roadster with a light color, the padded top in place and this photo also shows the George DuVall “swirl” hubcaps. 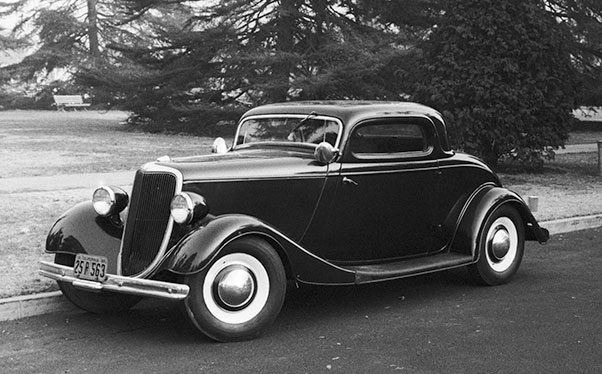 This 1934 Ford coupe was chopped, had solid hood sides, Appleton Spotlights, 1941 Ford bumpers and white trim rings to simulate white wall tires. The stance and overall look and feel is all custom. The photo was taken in 1947. 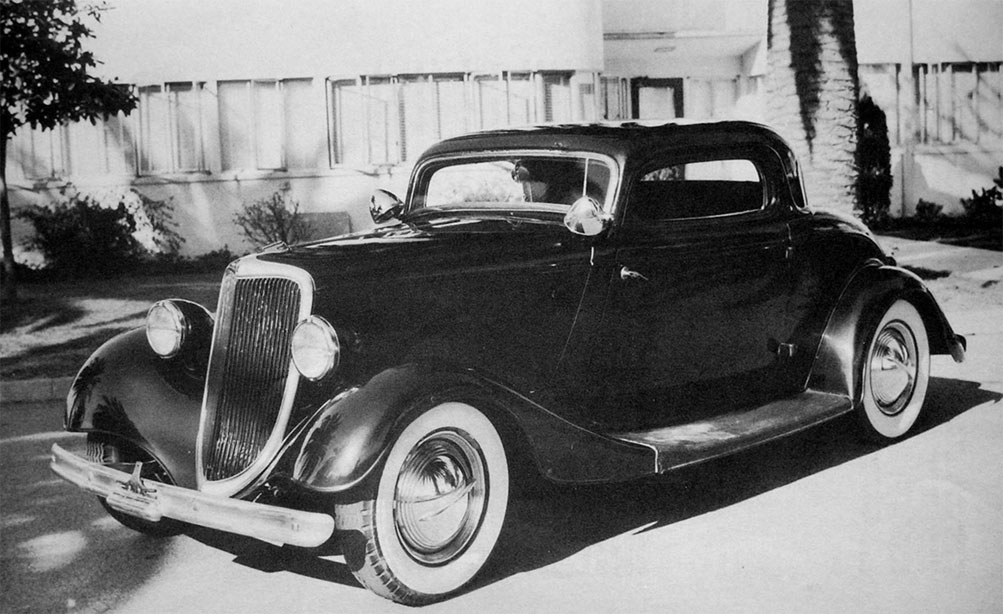 Here is the same coupe as above, but now wearing a set of white wall tires and single bar flipper hubcaps. The rest stayed the same, but what a difference in appearance. 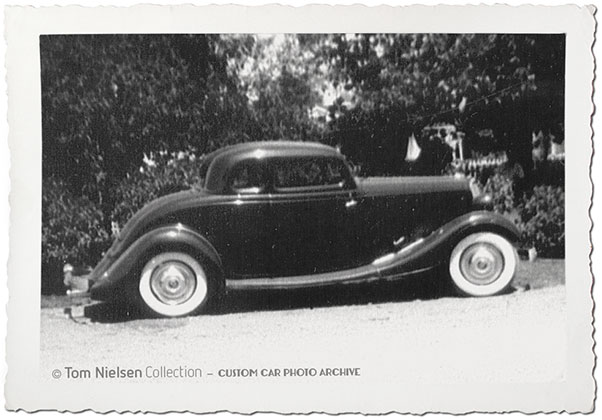 A chopped 5-window coupe with 1936 Ford rear fenders. The taller rear fenders made sure the rear could be lowered a bit more than the stock rear fenders allowed. 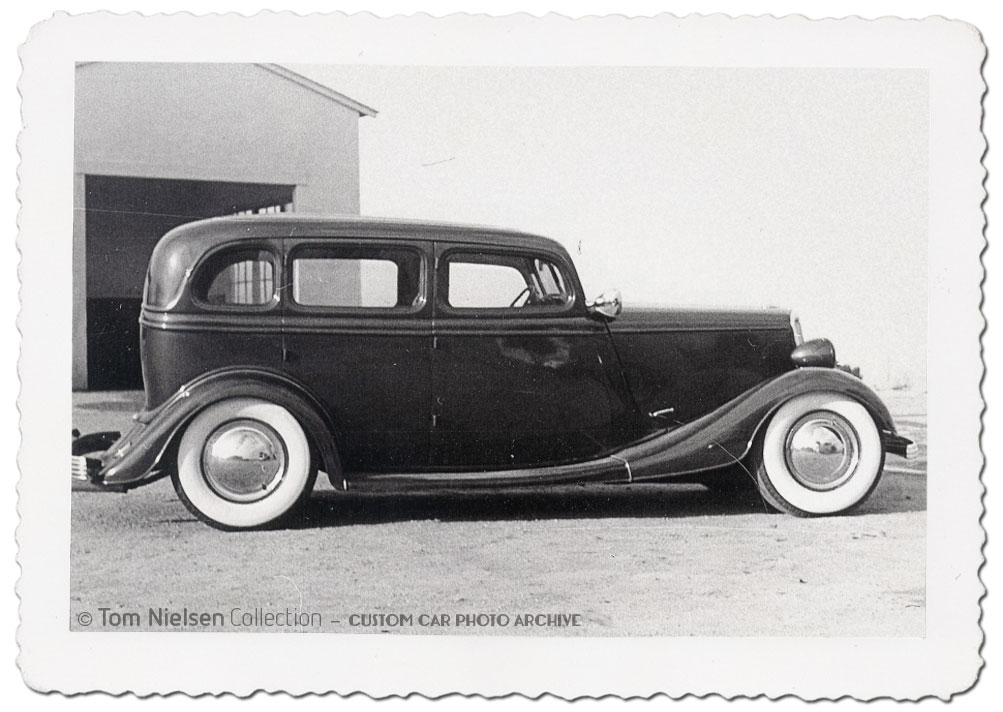 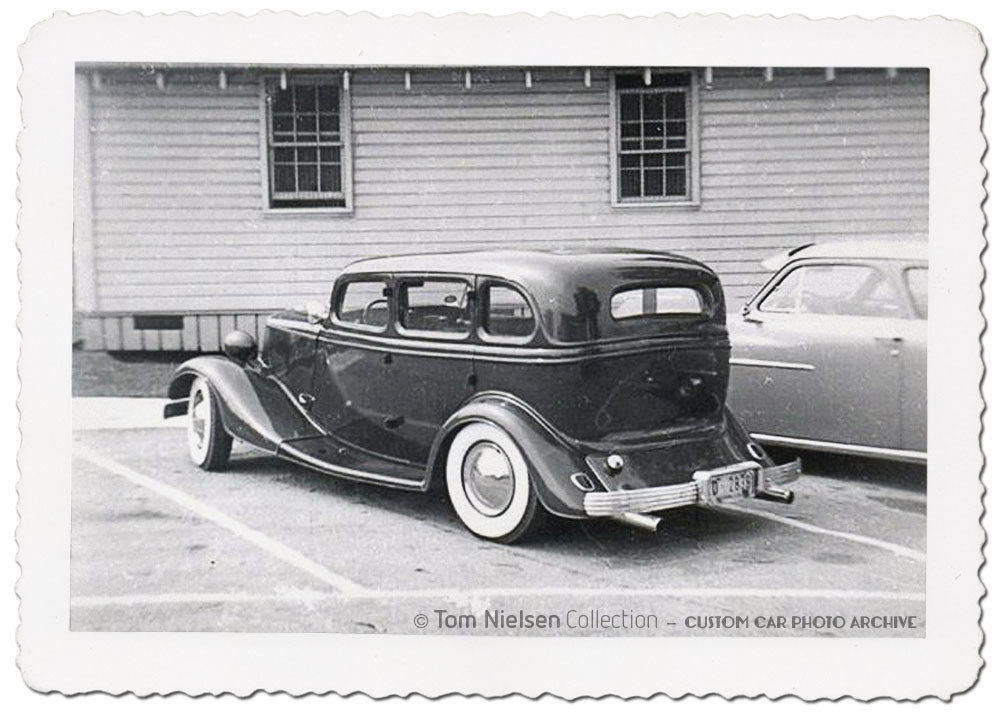 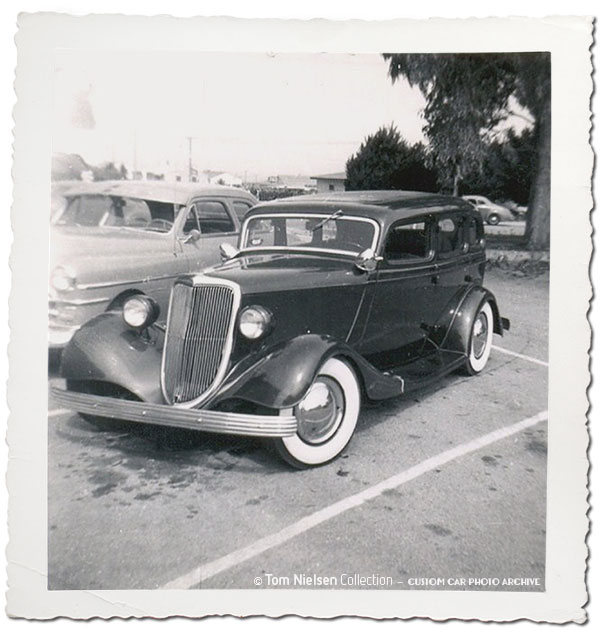 All three photos above show that even 1933-34 four door sedan’s were customized back in the day. This sample is perfectly chopped and restyled by John Dennis. 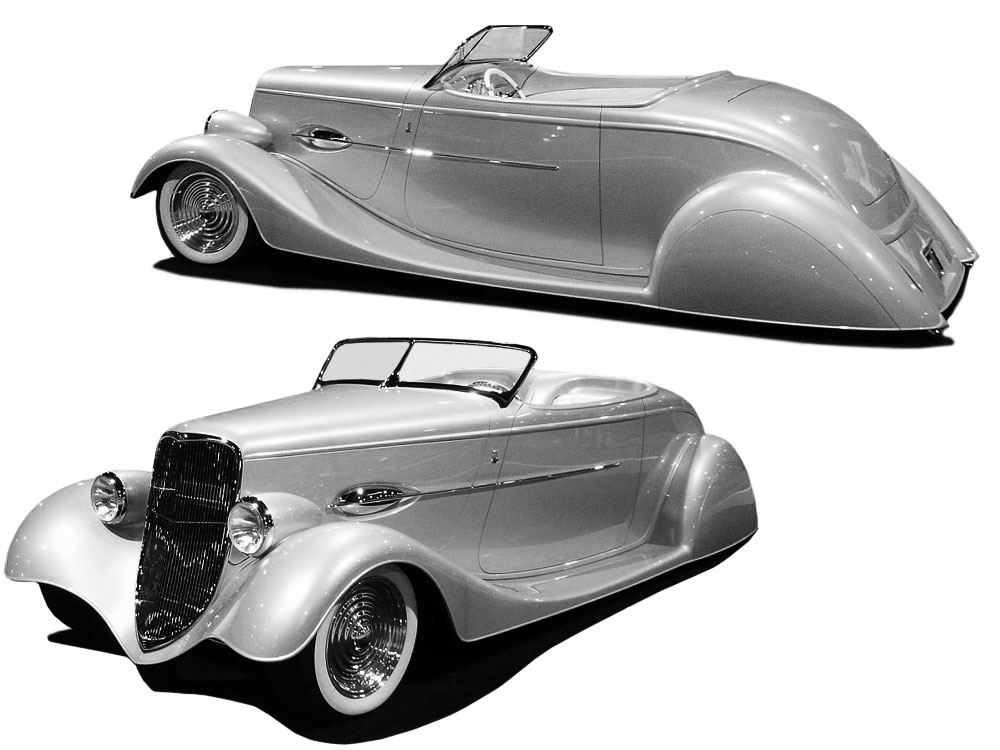 Rick Dore debuted his 1934 Ford Custom Roadster in 2005. Although much more modern in appearance, it still is evident that the Wes Collins roadster built in the early 1940’s was the inspiration for Rick Dore’s version. (photos by Dave Lindsay)