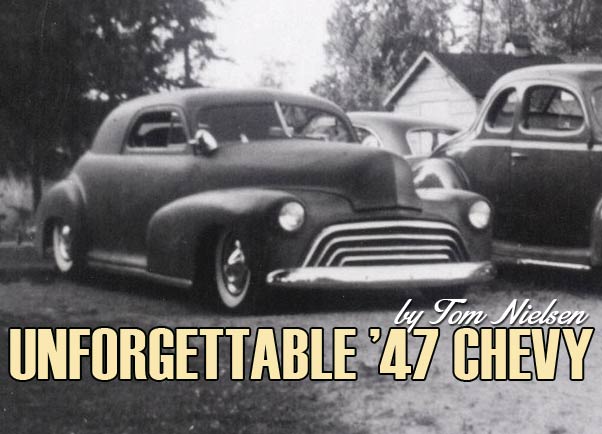 One of the first chopped custom coupes that I saw as a young kid in Everett during the mid-fifties was this custom ’47 Chev.

By Tom Nielsen
One of the first chopped custom coupes that I saw as a young kid in Everett during the mid-fifties was this custom ’47 Chevy. I remember that I was struck by its very low profile and the blanked rear quarter windows. I also knew enough by the sound of it to know that there was a different motor under the hood. Years later I became acquainted with the owner Knox Knowles and heard the whole story of his radical custom coupe. 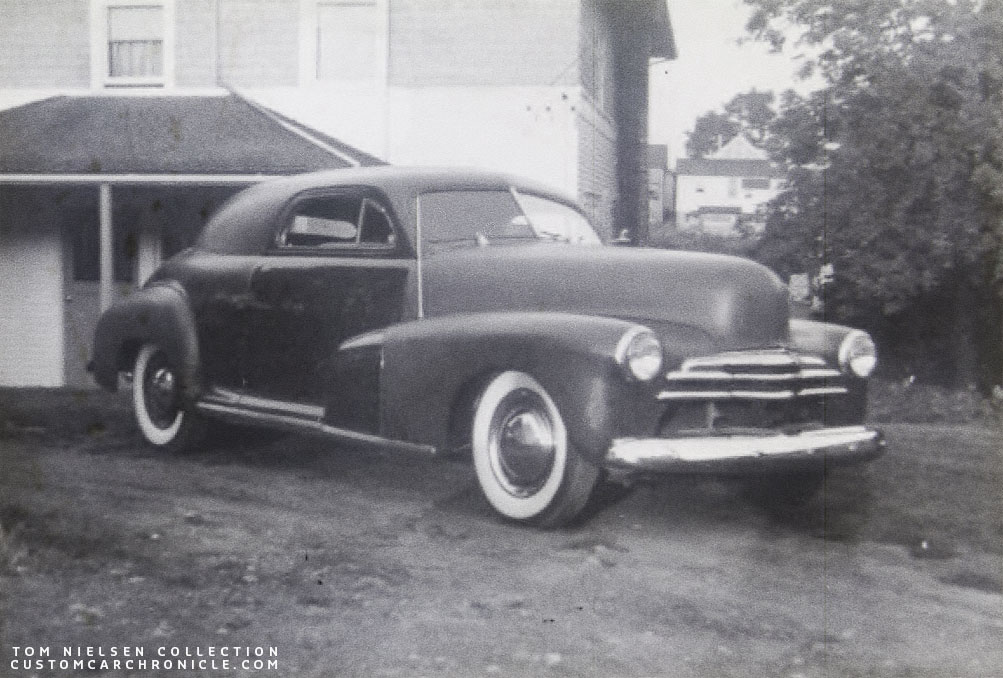 This picture of the Chevy was taken shortly after Knox purchased the custom.
[divider]

When Knox was in junior high he had spotted this blue custom ’47 coupe while riding the school bus. He always sat on the same side of the bus to see if it was in the driveway while riding by the owner’s house.

The car was owned by Gordie Mirander in the early 1950’s then it changed hands several times. Luckily it stayed in Everett and Sam Simmons ultimately ended up with it. This was about the time that Knox was of driving age. Since the custom Chevy was still his dream car he had to try to buy it. Sam and Knox were able to strike a deal and soon Knox was cruising around town as the proud owner of this one of a kind, chopped, custom coupe. 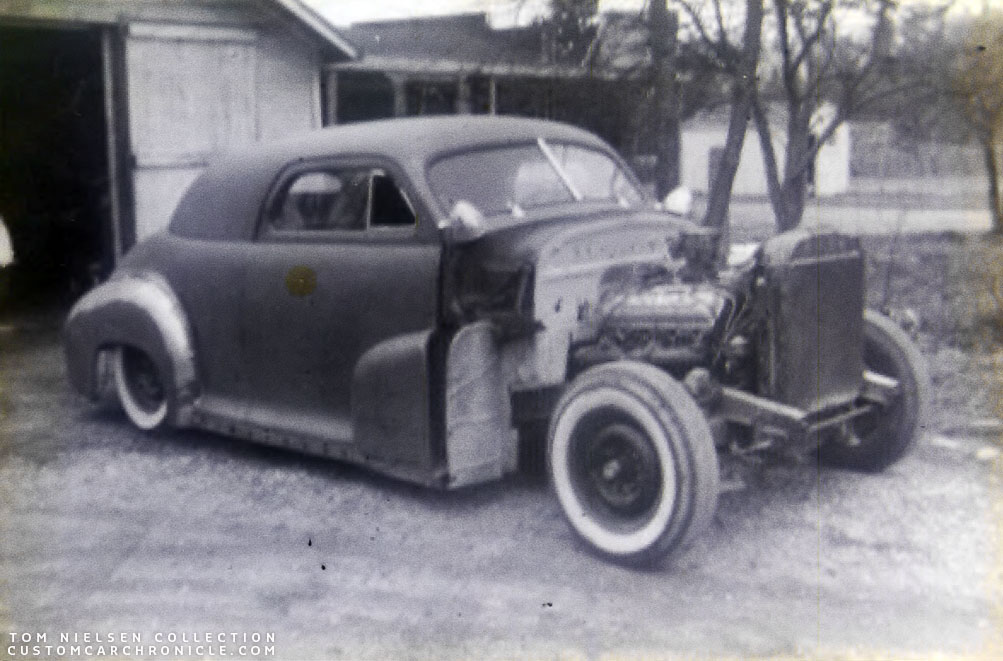 Taken after the channeling of the body over the frame.  Notice the deep channel and the ’49 Olds engine.
[divider]

After a while Knox started to add his own touches to make the car even more striking. One of the first changes he made was to install a pair of large Appleton spotlights. After a few other changes he decided to replace the aging six cylinder motor. Knox found a wrecked ’49 Olds that was for sale in the back yard of a house in South Everett. The owner said that he would sell it for $250. This was a lot to pay back in the fifties, but Knox found out that the local Oldsmobile dealer had completely rebuilt the engine, automatic transmission and rear end.

So Knox stepped up and bought the wrecked Olds. It was to be the new powerplant for his radical coupe. The rear of the frame on the Chevy was kicked up and the whole Olds drivetrain was installed in place of the stock pieces.
The stock grille also needed a change so a ’47 Olds grille with a custom surround was installed and gave it the right look. He also frenched the headlights at about the same time. 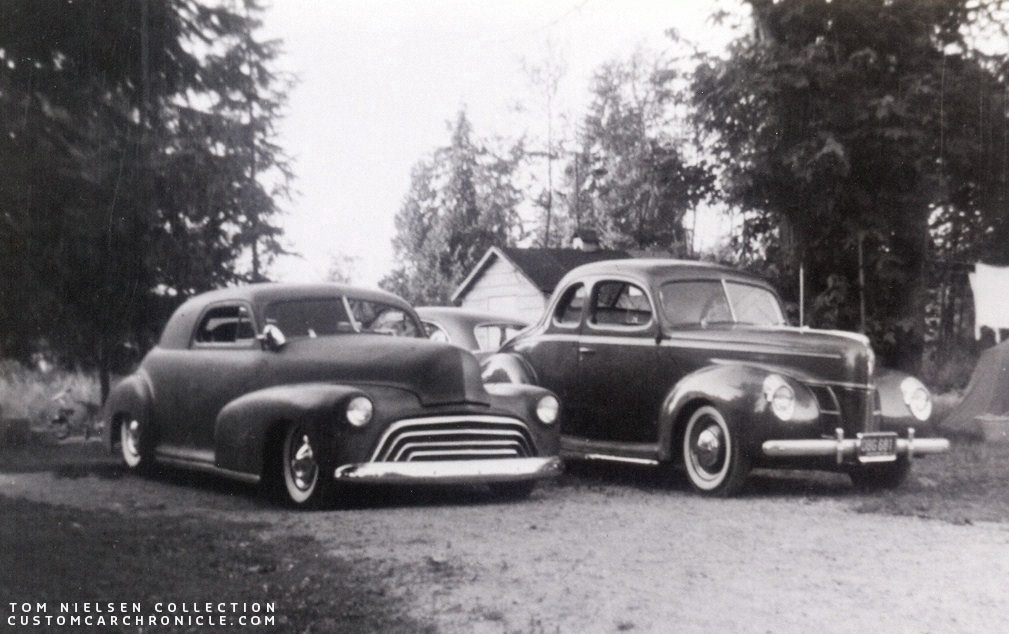 Great photo to show the contrast when parked beside Knox’s hot rod ’40 coupe, which was mildly lowered.
[divider]

The Chevy also sat a little too high for Knox. So, he decided the best way to get it down real low was to channel it. He channeled the body 5 inches over the frame. With the car channeled it needed a different front seat and he used a cut down ’49 Ford front seat from a two door sedan. When finished with the channel job the ‘47 sat so low that a pack of cigarettes had to be turned on edge to slide under the body. (See the rear ¾ photo)

Around back the stock taillights were filled and changed several times. Knox put ’50 Merc taillights in for a while. Later he took these off and small Harley Davidson motorcycle lights were set in close to the ’49 Chevy license frame.
When I saw Knox’s car it was in gray primer and looked very cool. He drove it this way for most of the time that he owned it. Some of my car friends that also have memories of Knox’s car remember the “sinister look” of it in dark gray. Back in the day if you saw this custom parked or on the road it was a real head turner for sure. 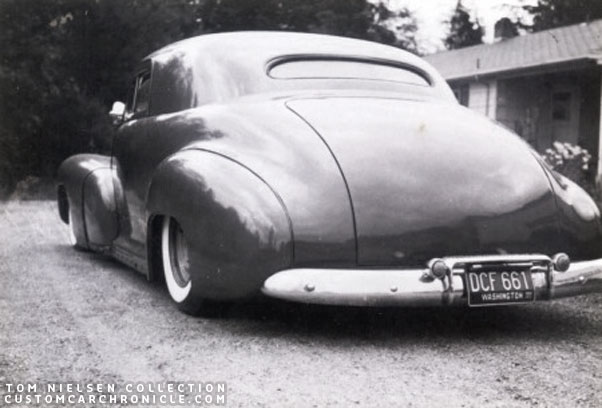 When Knox finally had the car painted in a Sierra Gold color in the late fifties, it must have also looked pretty sharp! By this time though his family was growing and he really needed a family car. The custom Chevy was traded in for a 1959 Ford station wagon. He is not sure who bought his car or where it ended up after he traded it in. 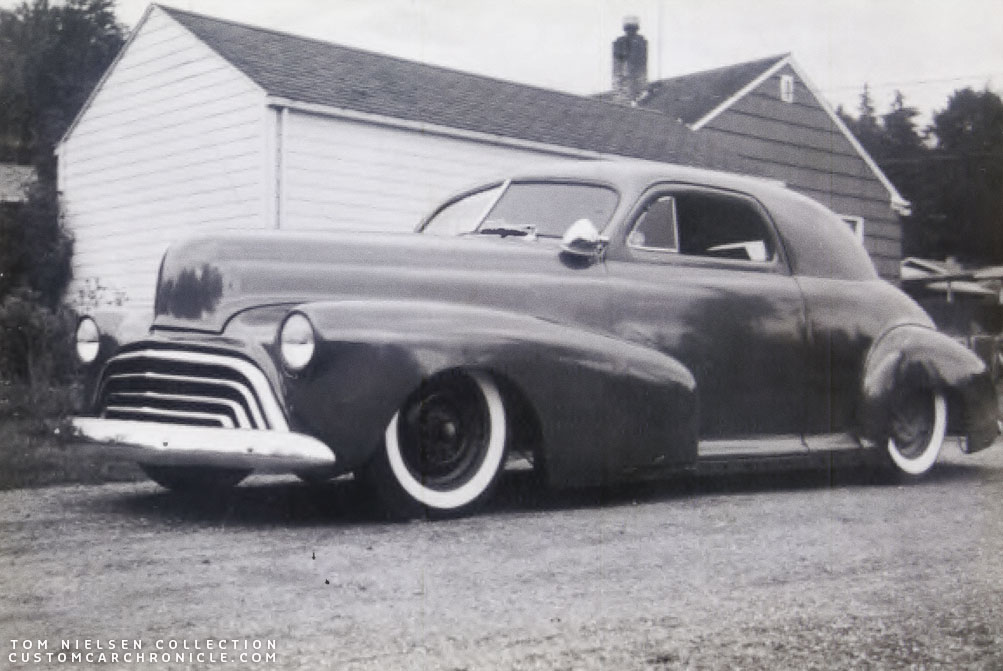 Picture was taken after the car was painted, shortly before he traded it in for a station wagon.
[divider]

Knox said that he last saw his old car in nearby Snohomish a couple of years after he got rid of it. The new owner had put some high back seats in it which looked terrible. Like many custom cars of that era it just eventually disappeared from the scene. Knox has tried to find out where it went but has not been successful. If any of the readers knows anything about this 1947 Chevy Custom Coupe, we would appreciate hearing from you. 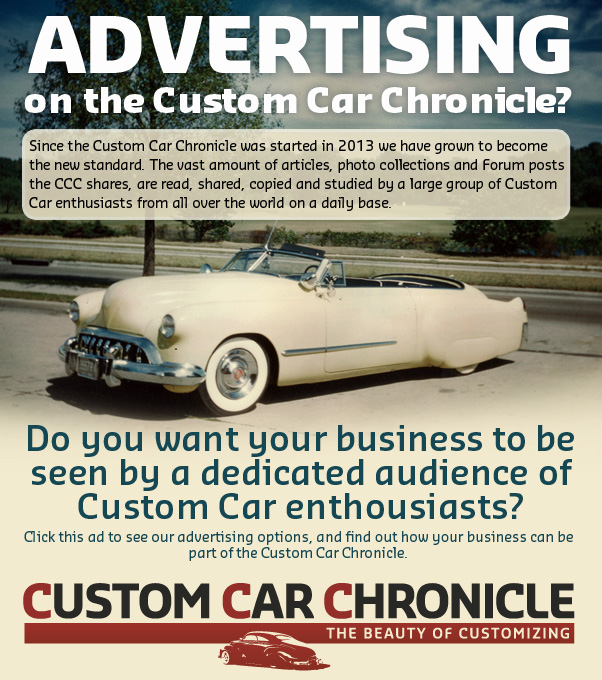 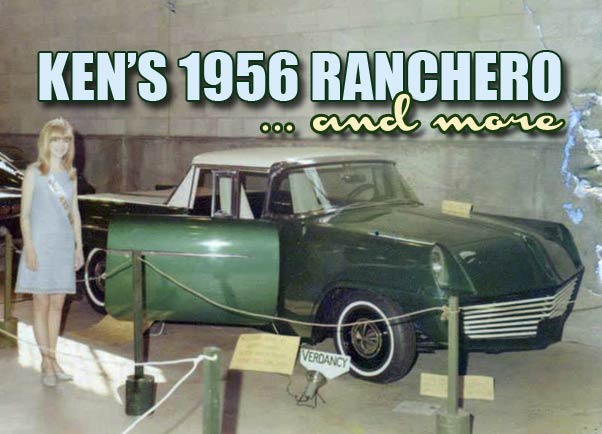 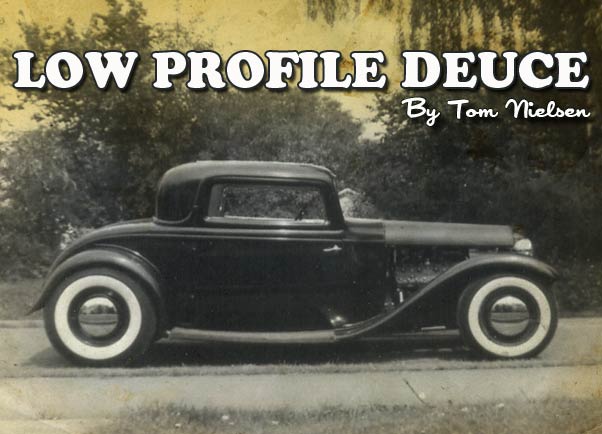 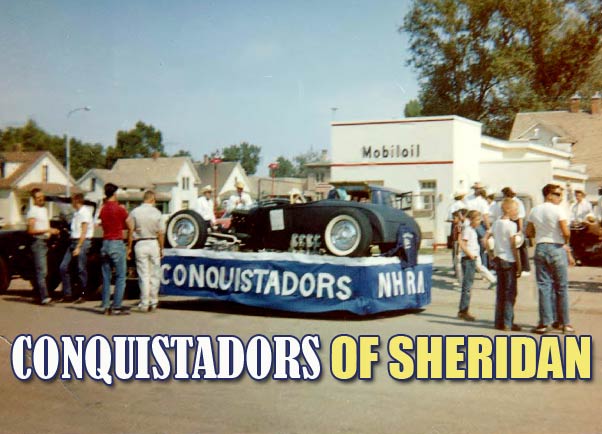 One thought on “Unforgettable 1947 Chevy”