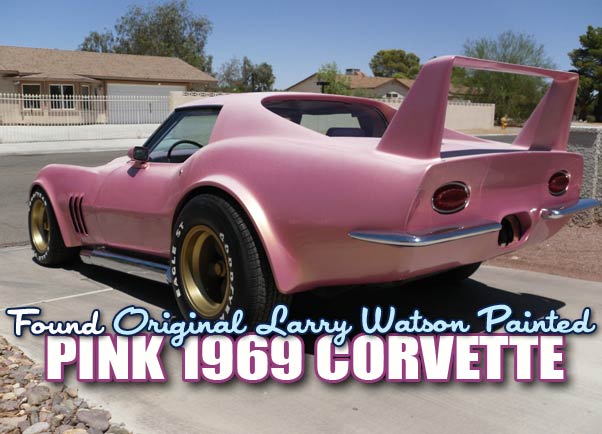 Larry Watson painted this 1969 Corvette in 1969 for the daughter of a Bellflower, Ca businessman. The car was recently discovered in a backyard in Las Vegas.

While on vacation I was contacted by a guy who asked me if I had ever seen a 1969 Corvette with a big wing in the back and painted pearl pink. The guy claimed to own the car and that the previous owner had mentioned it was customized by none other than Larry Watson. I recognized the car immediately from the owners description and emailed him back to ask a few details I remembered from looking at the photos from the Larry Watson Personal Collection. I soon found out this must be the real Larry Watson Painted Corvette. So I send the guy the photo’s I had from the Larry Watson Collection. I did not hear back from him after that, but when I came home I found the car being listed for Sale on eBay. 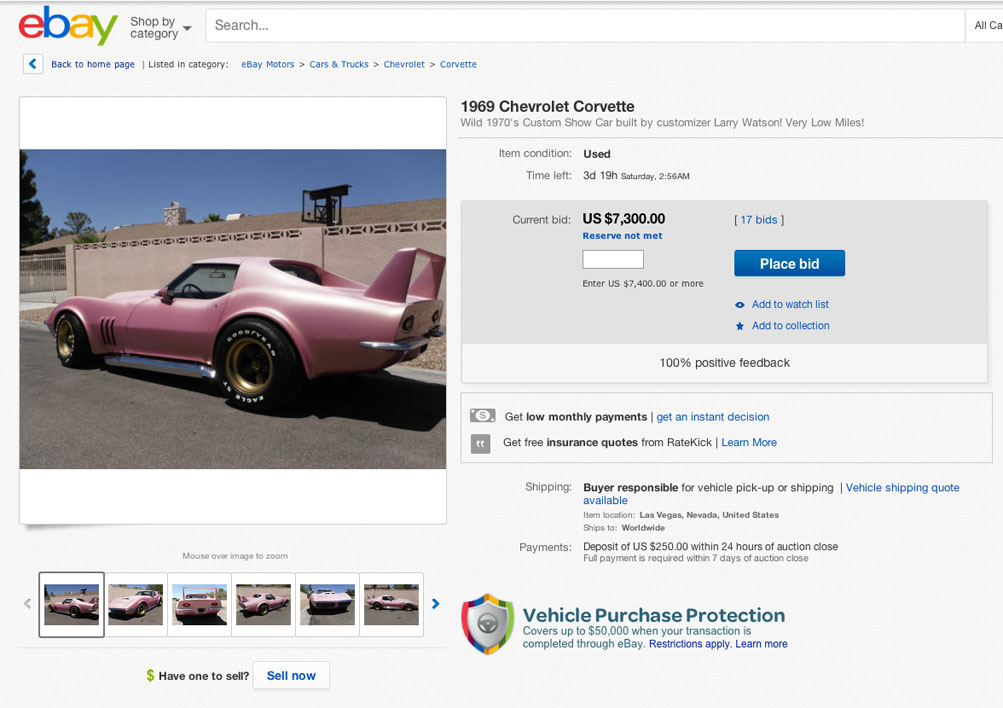 Ebay-ad for the Corvette.
[divider] 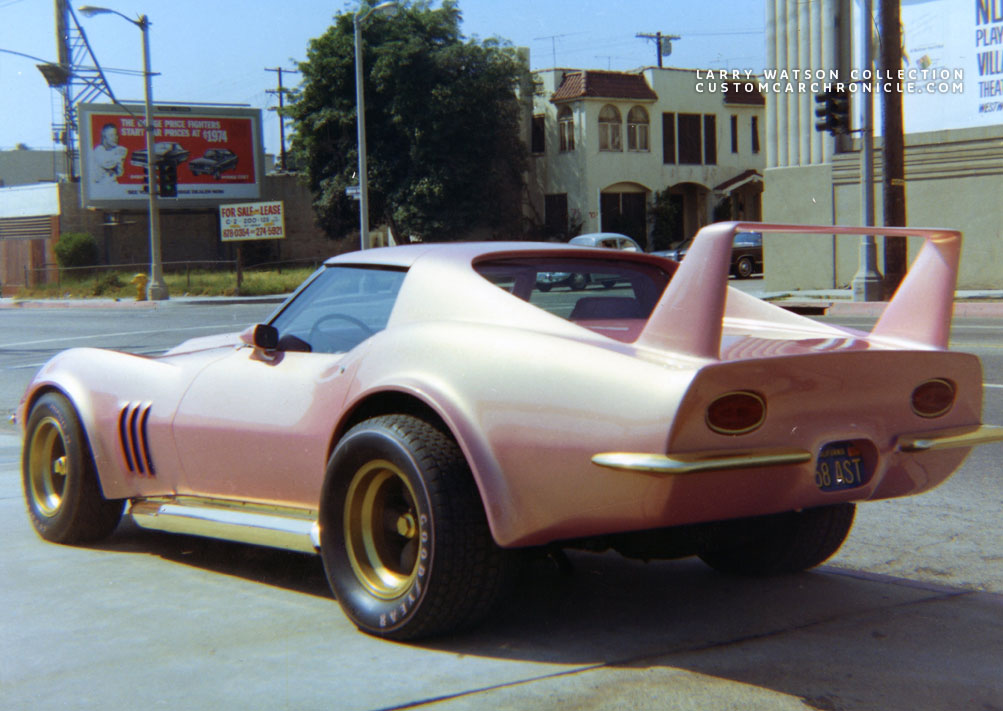 From the Larry Watson Personal Collection comes this photo taken at Larry’s Melrose Ave. shop in the late 1960’s, perhaps in early 1970. The building in the background on the right is the Paramount Studio.
[divider] 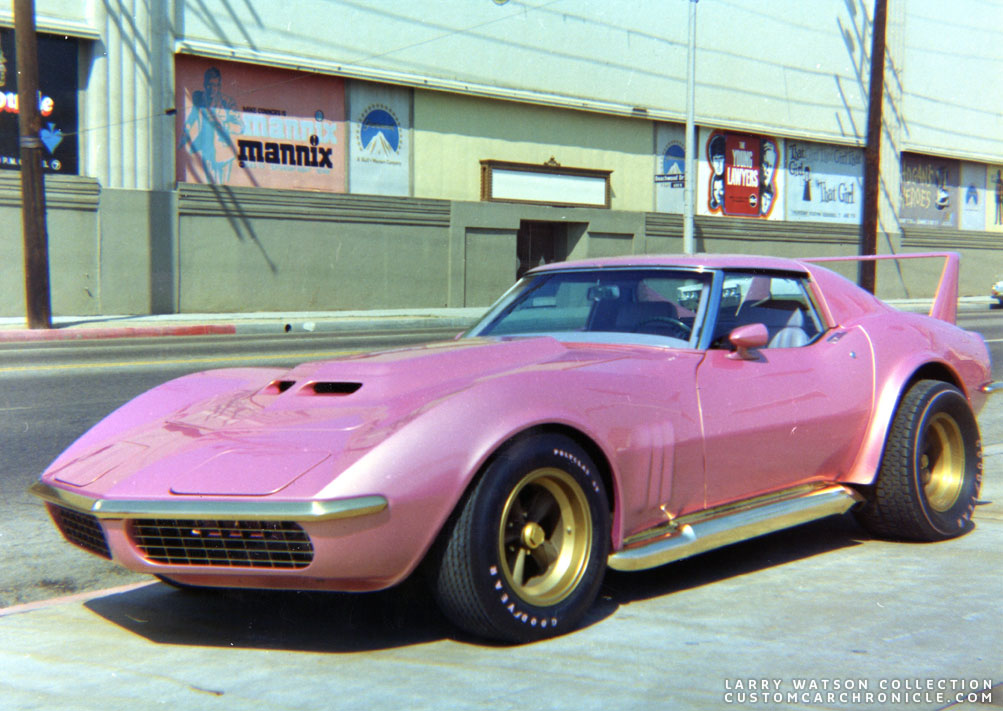 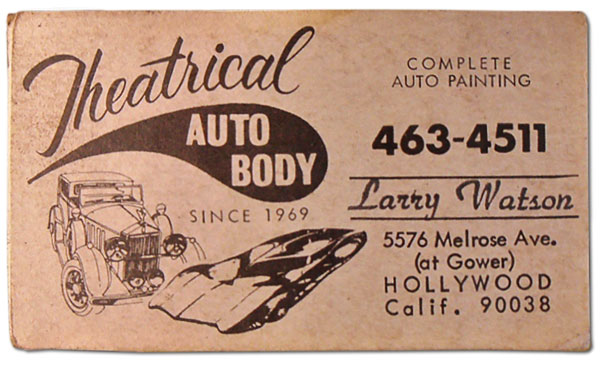 Knowing this was an absolute unique change to own an original Larry Watson painted car, one of the very few original Watson painted cars known to exist today, I put the link with some photos on my facebook, and soon the ad went viral. Today, August 04, 2015 I learned that Larry Watson’s good friend and sharer of the Larry Watson Personal Collection, Roger O’Dell has bought the car, and will bring it back to live again. Roger’s good friend, as well as a friend of Larry Watson John Denich picked up the car from the previous owner in Las Vegas, and will soon start a total clean up to see what will be the best way to preserve the original Watson paint. I’m really happy that this Corvette with original Larry Watson paint has been saved and is now in the good hands of a tru Larry Watson Enthusiast who will do whatever he can to preserve it for the future.

According the ebay ad the Corvette was customized by Larry Watson, but personally I think that is doubtfull. Most likely Larry only handled the paint and the custom work was done by somebody else. Hopefully ROger O’Dell will be able to find out more about who did the restyling on the car before Larry started the paint job.

Text from the eBay ad:

The customization included L88 hood,wheel flares,side scallops,tail lamps,5 spoke Gold painted American Racing wheels plus the rear wing is Plymouth Superbird inspired.The pink exterior and interior was chosen by her to replace the factory Riverside Gold and Saddle Vinyl interior. The stock 350 was then removed by Connell Chevrolet in Costa Mesa and replaced by a L88 454 where that motor remained for approximately 3 years. She later found the L88 engine to be way too powerful and was subsequently removed and replaced in 1973 with a stock 454.

This Corvette was then sold in 1978 and remained in California until 2001 and went to Mesa,Colorado for a period of time.They then moved to Las Vegas,Nevada where I found it in a backyard, where it has been for approximately 10 years.After much research,I spoke with the original owner and she verified the information listed.She was saddened to hear about the car being left outside.

We rescued the Corvette and replaced the fuel tank and sending unit,replaced the battery and completed a oil change.It does run and drive but I recommend a restoration of this rare car. The vintage Goodyear tires are from 1993 and hold air but not are not roadworthy.The options include factory A/C,tilt steering wheel,power windows and cruise control plus AM-FM stereo.It also has power steering and power disc brakes.All of the factory gauges including the clock work! The horn,windshield wipers and the T3 headlamps all work correctly.It does retain all factory smog equipment.The vinyl interior and thick shag carpeting are in excellent condition.The glass and chrome trim look great also! This vehicle does deserve to be restored back to its former glory.

Included with the vehicle are the mint original owner’s manual,Protecto-plate with warranty book,delivery envelope,California license plate with envelope and many old registrations. 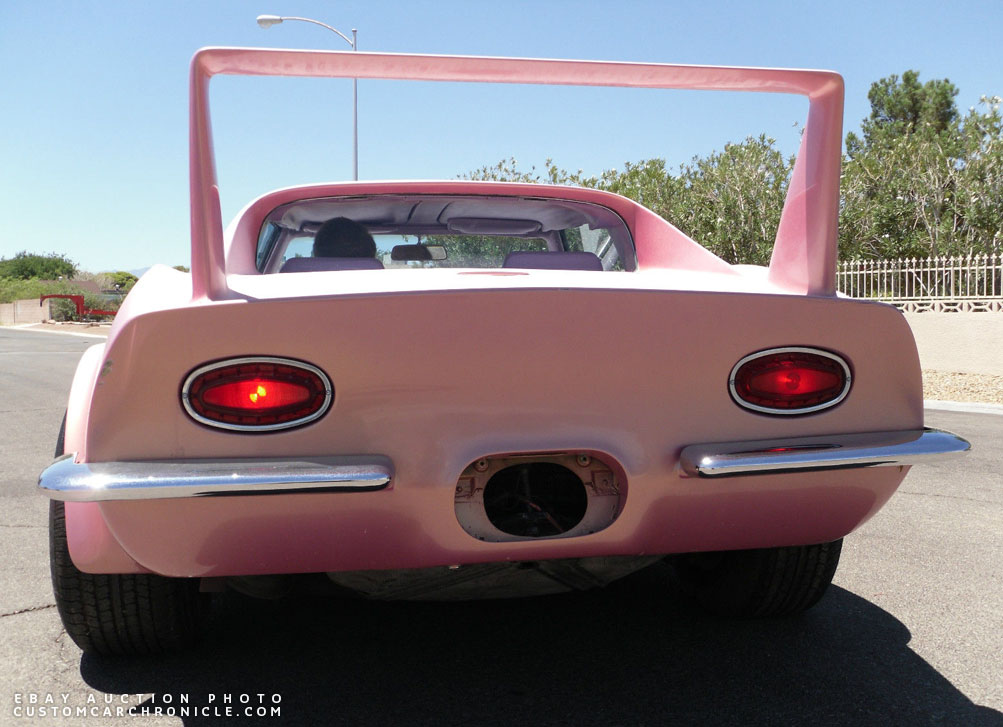 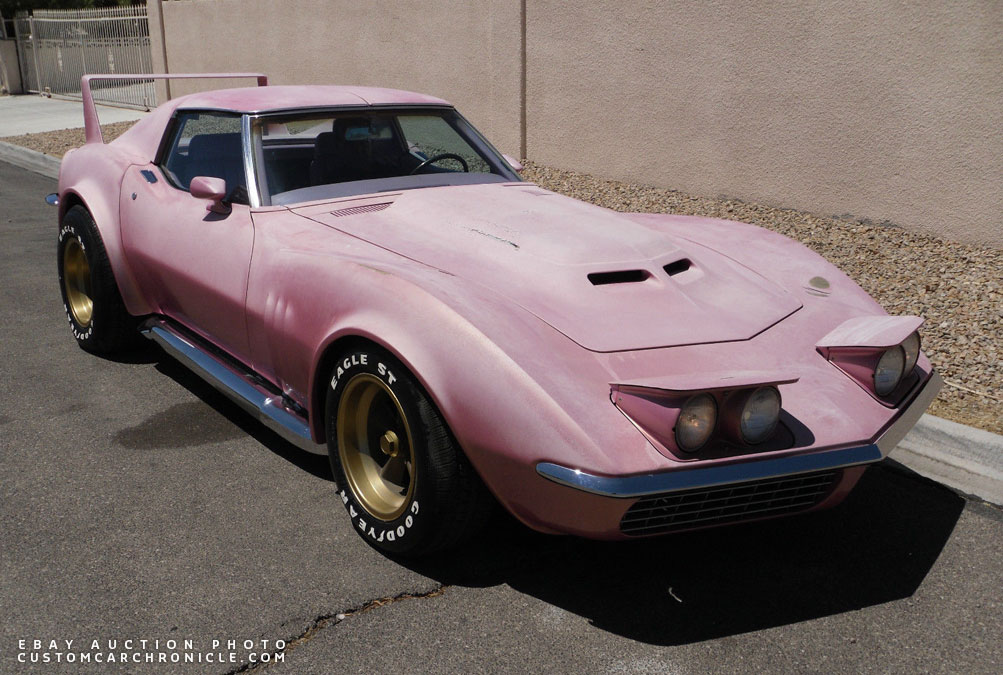 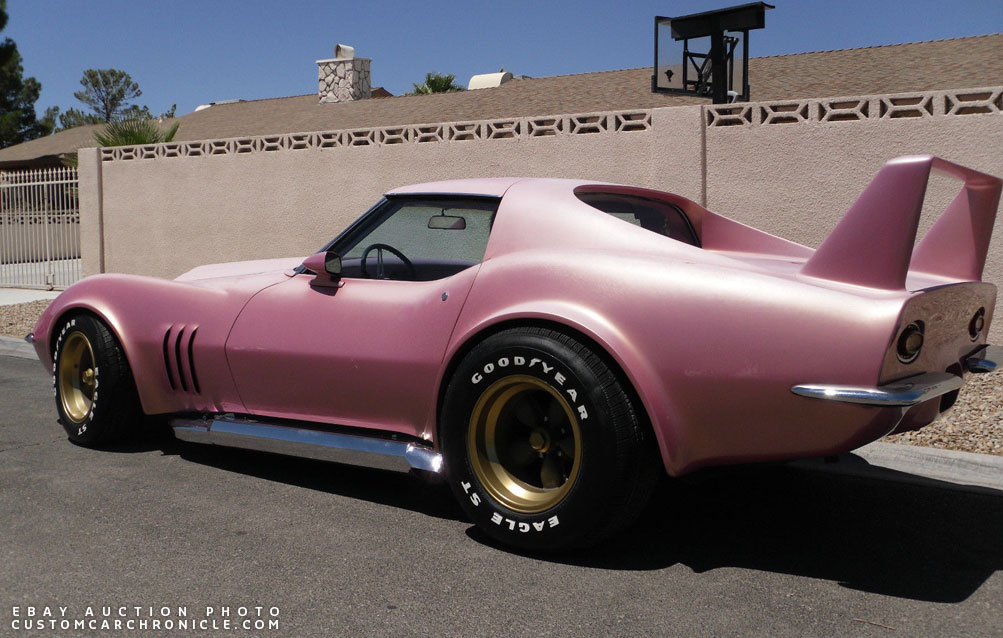 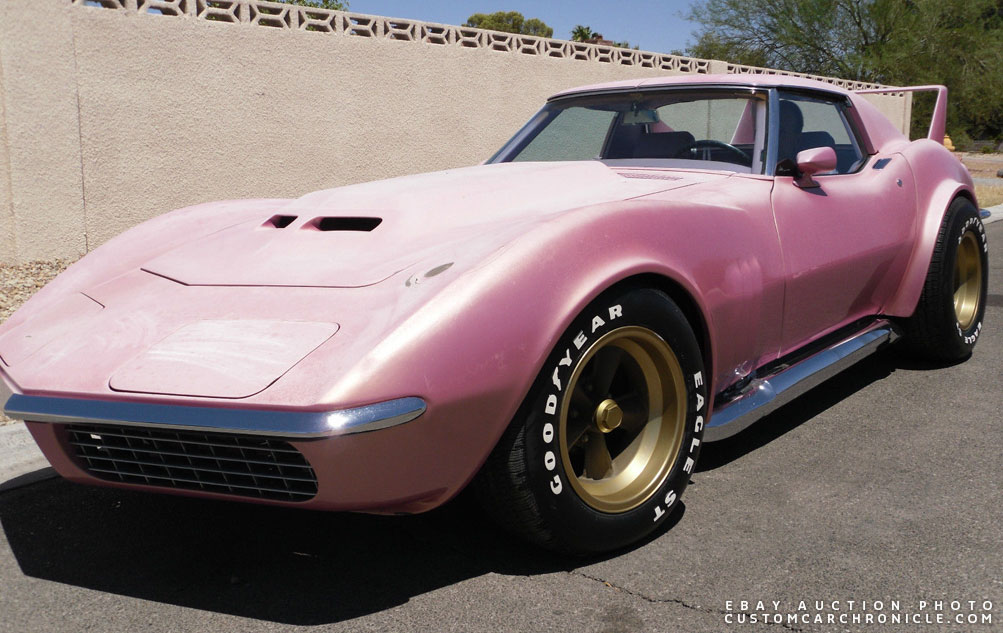 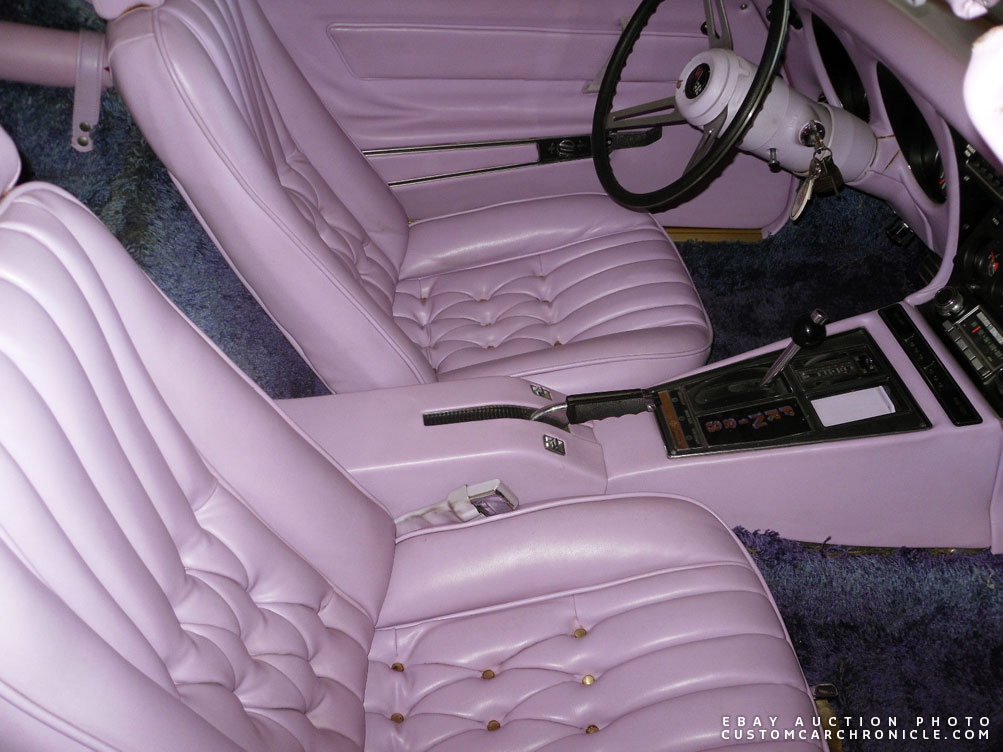 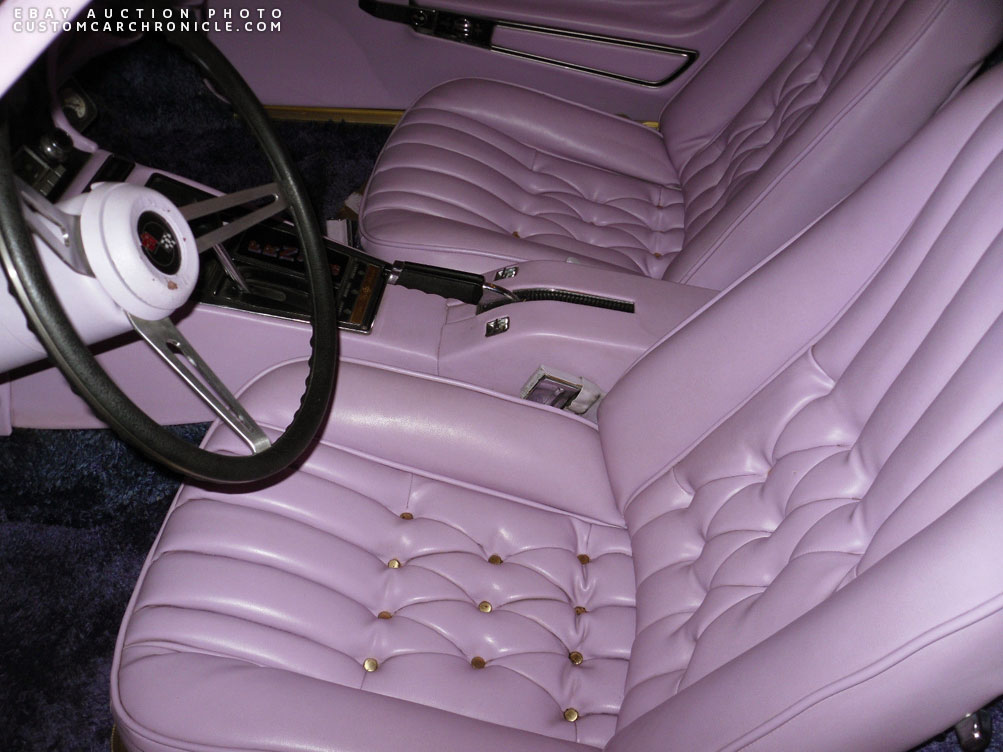 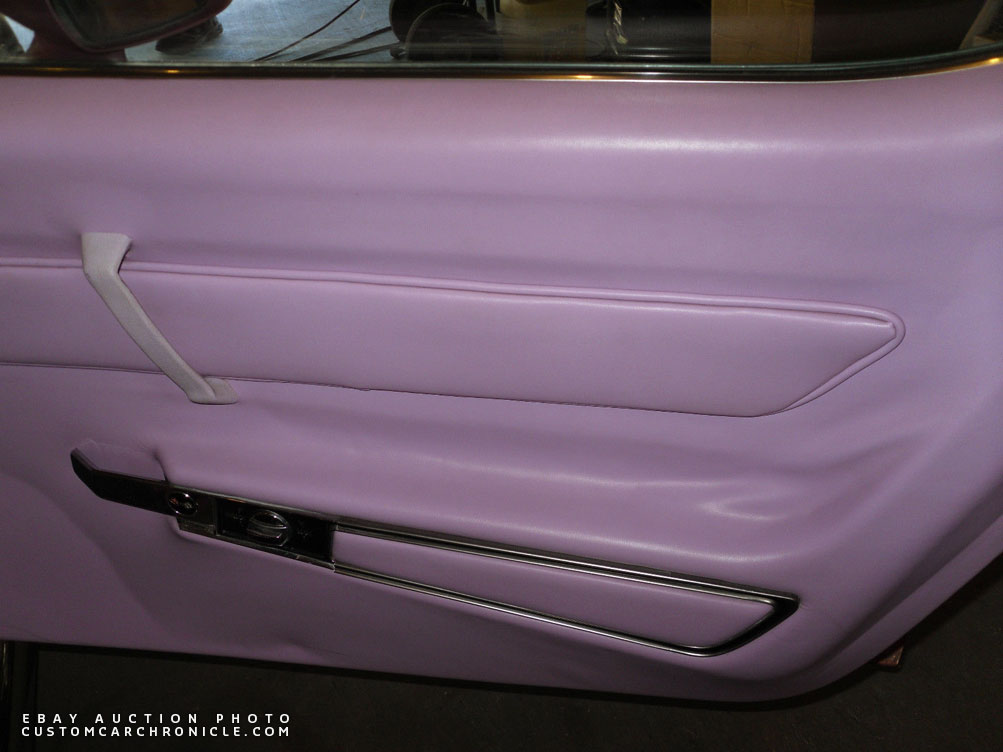 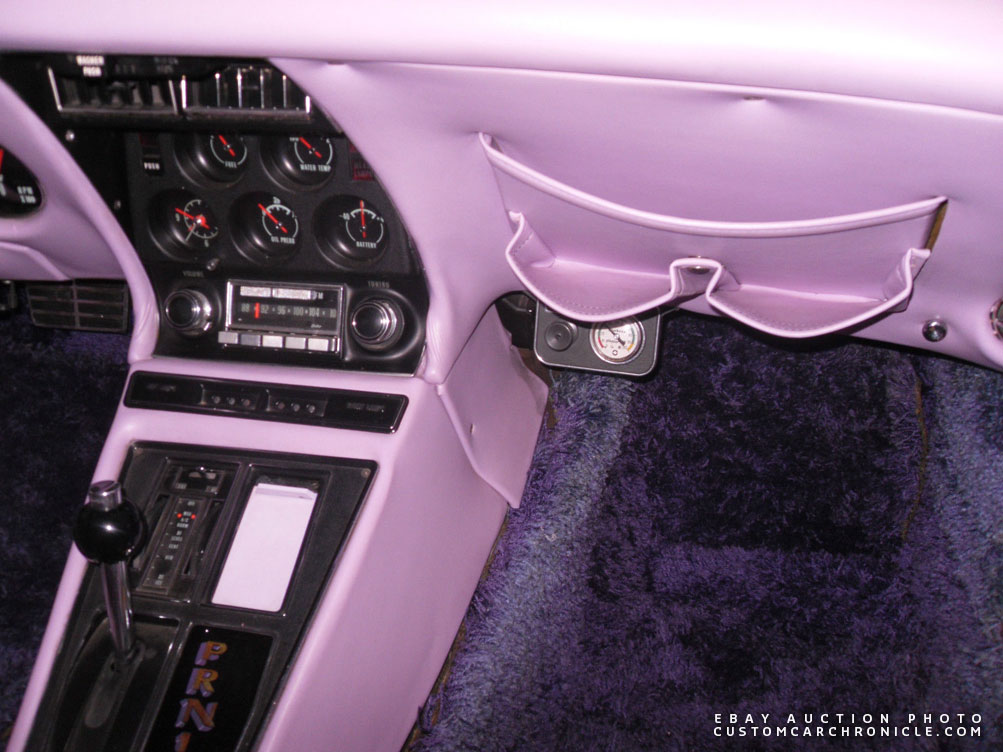 The photos below were taken in August 4, 2015 when John Denich picked up the car in Las Vegas to bring it home to California, to the new owner Roger O’Dell. Hopefully we will be able to hear more info on the car from Roger soon, and hopefully Roger will be able to get in touch with the original owner, and perhaps get some more original photos, since the Larry Watson Collection most likely only has two late 1960’s photos of the car on file. If we find out more about this Watson Painted Corvette, we will let you know here on the the CCC. 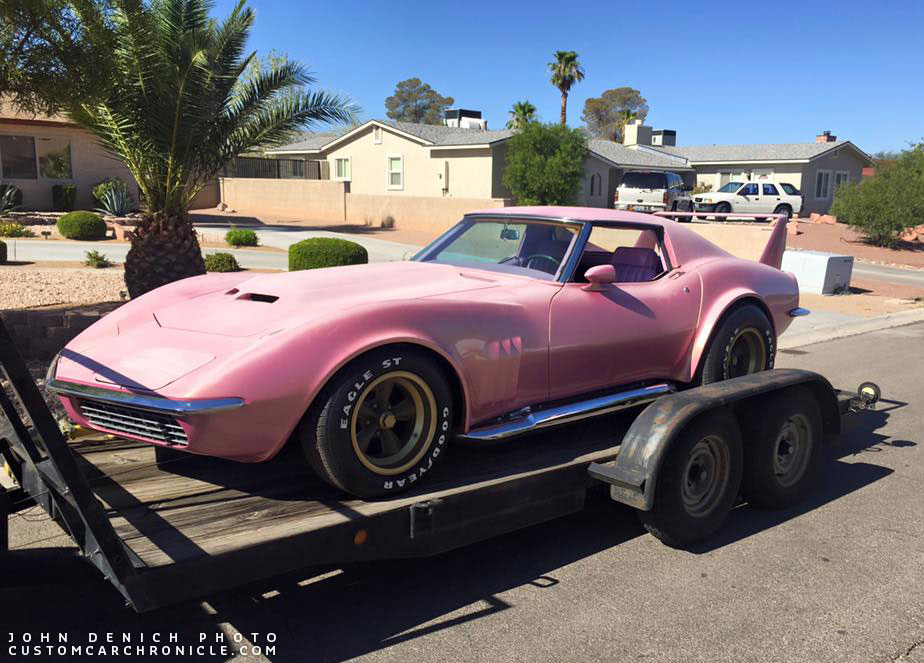 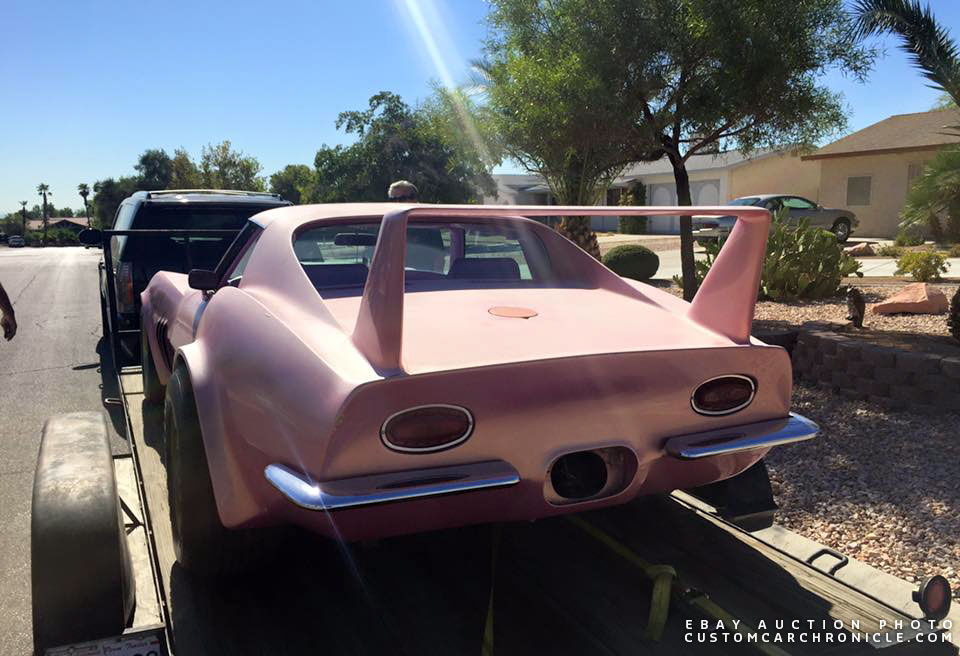 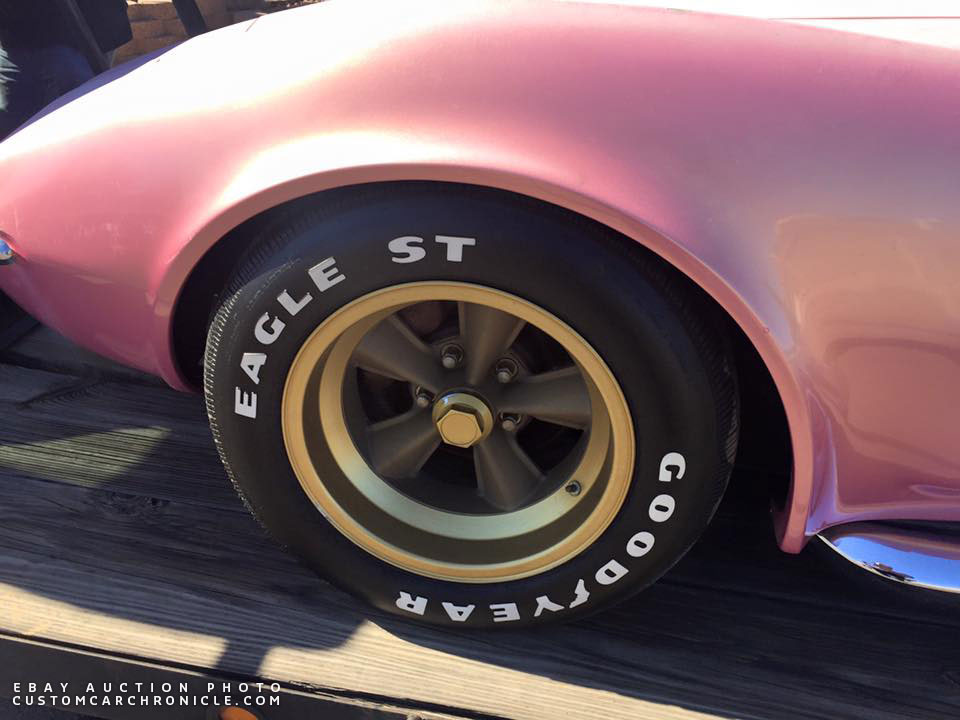 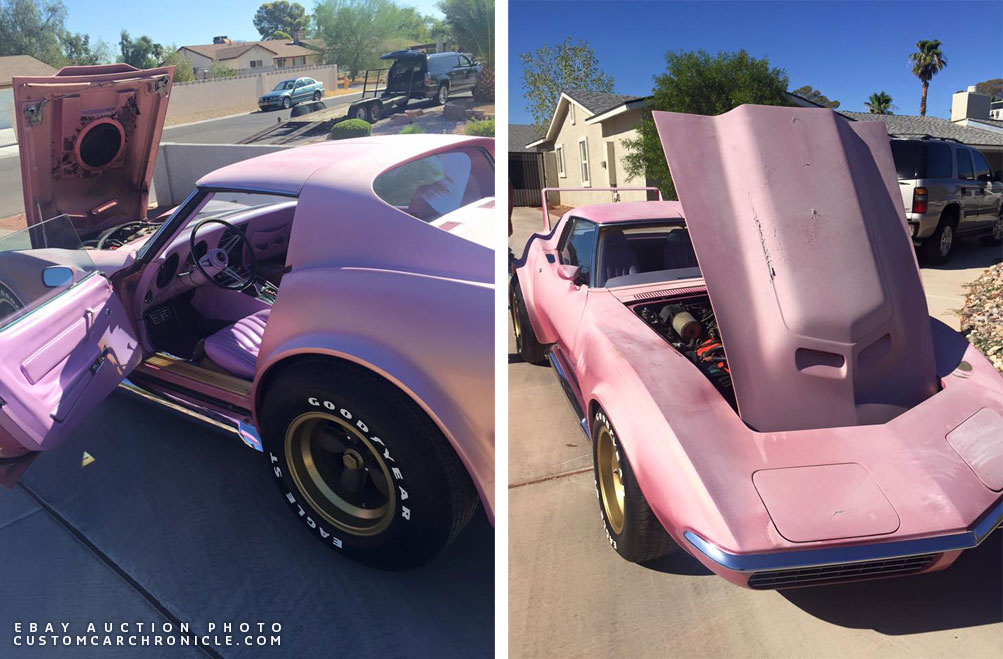 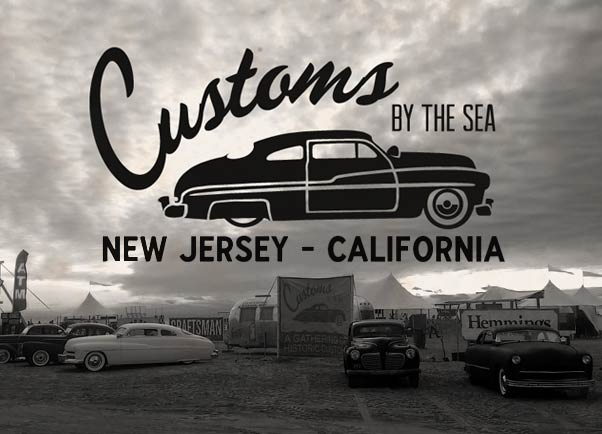 Customs By The Sea California 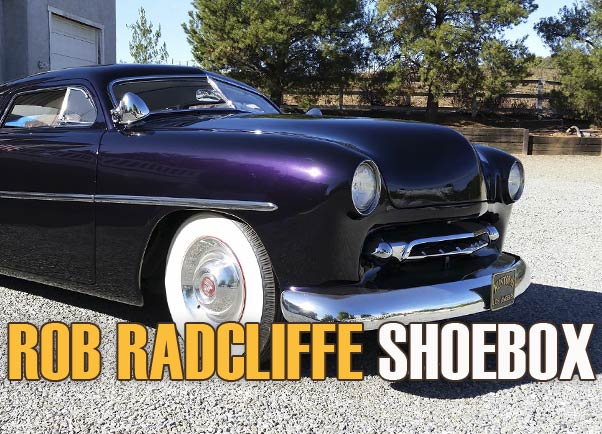 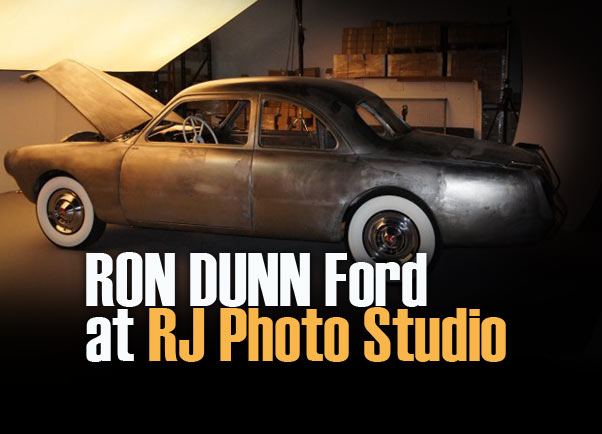