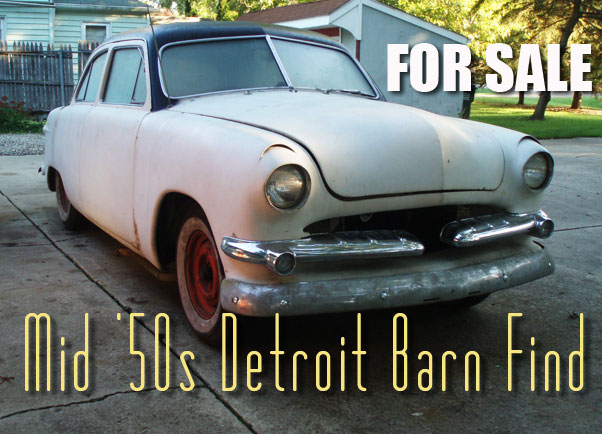 Another Custom car is offered for sale on eBay, this time a mildly customized Shoebox Sedan from Detroit. 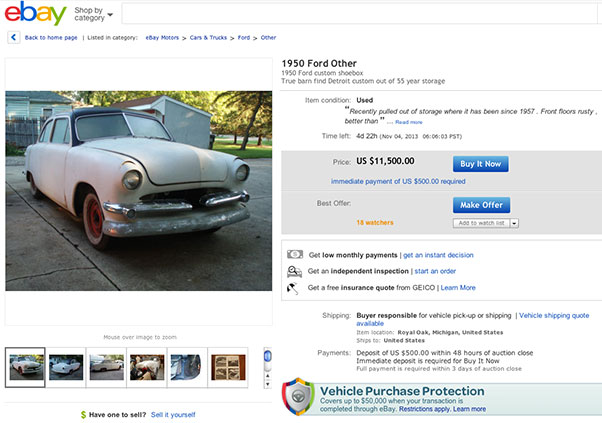 Text from the eBay ad by the seller.
Great opportunity to own a period custom shoebox Ford not seen for 55 years. Recent estate sale buy.
Very nicely done period custom. The head lights were frenched, Pontiac style scoops added over the head lights. Front sheet metal molded together. Rear tail lights were tunneled and changed to round, rear top of quarter seams were filled, gas tank door was filled, all moldings and door handles were removed / filled, I am pretty positive all the work was done in lead. As found all four tires were flat it was covered in years of dust. On purchase I looked through the garage and found the front bumper and 54 dodge grille parts that make up the front end as seen in the original black and white photos dated 1956 given to me by the widow (Nancy) of original builder Leo. 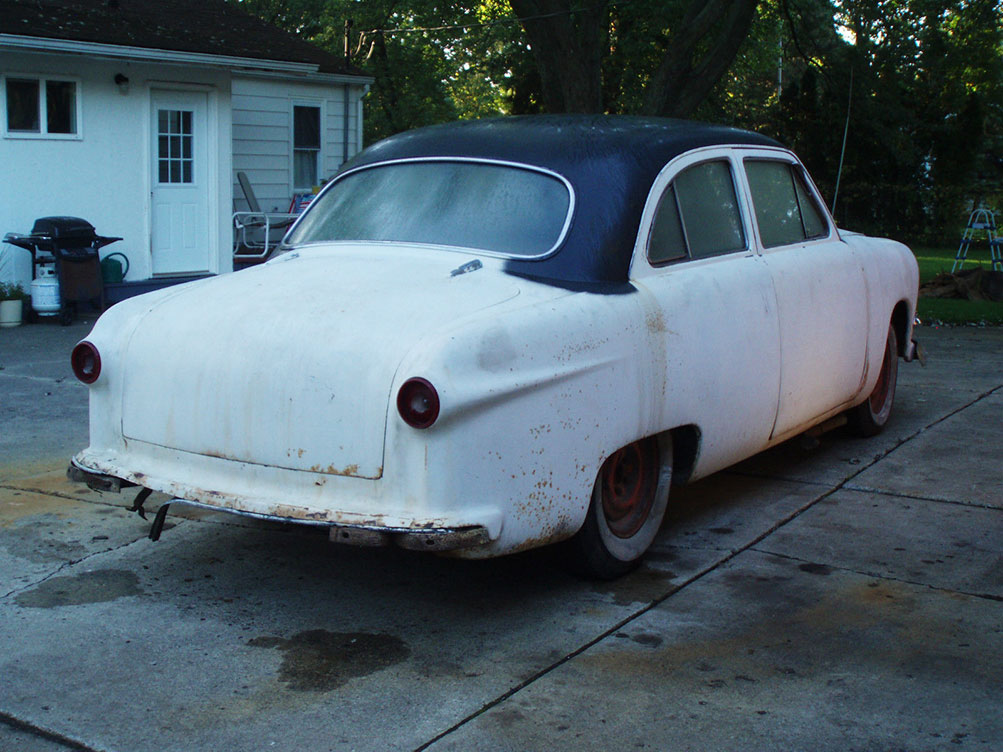 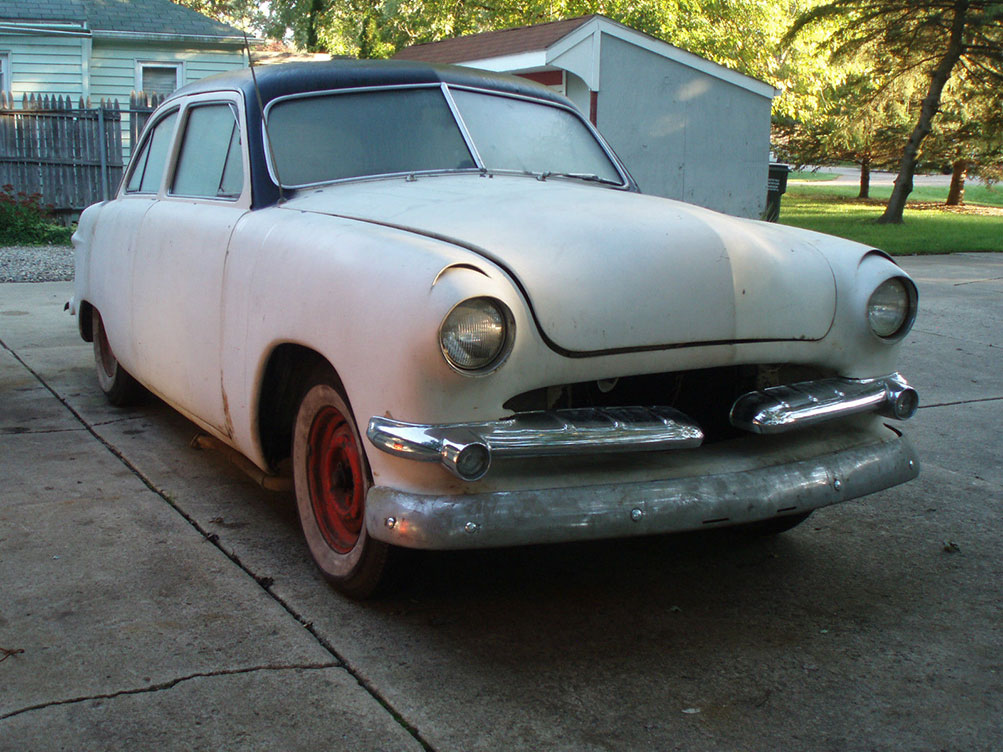 Under the hood there it is a Ford Flathead with Offenhauser heads, Offenhauser dual carb intake manifold, Mallory ignition and some assorted dress up items, all with 55 years of surface rust. Transmission is probably original Ford and does have overdrive .

After the purchasing the car I did speak with the Nancy about her husband the builder. I came to find out they cruised the car on Woodward and all the famous Detroit area drive ins before being married, after that the car was put away, that was 1956. The car was titled to her husband Leo in 1953, I do have that one, also have the title she had switched to her name on his passing. Looks like Leo bought the car in 53, had the custom work done 54 – 56 as the grille is 54 ish Dodge, put the car away in 56 or 57. This car did not have a lot of time on the street once customized. The work that was done appears to be in lead and to a high quality of craftsmanship. 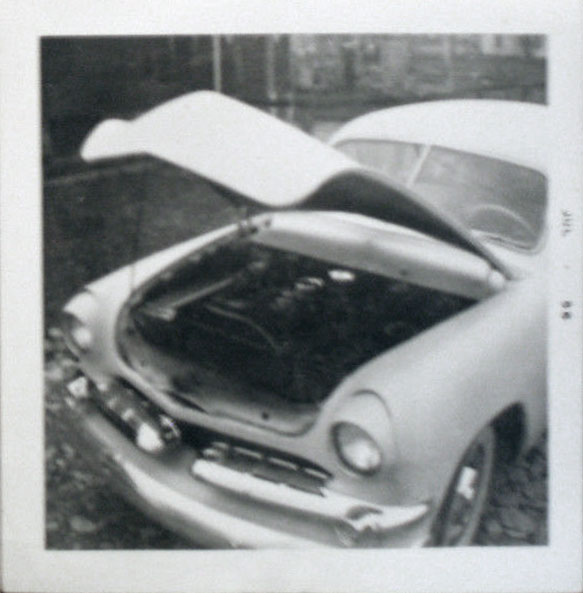 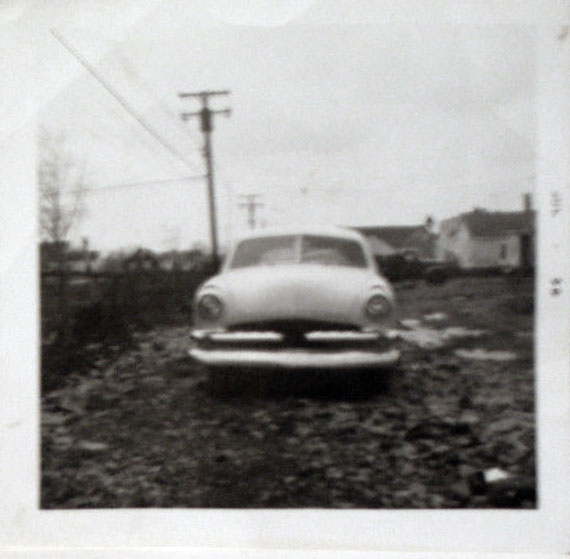 I did go back to ask Nancy if she knew who may have done the work knowing the Alexander Brothers, Clarkaiser were in the Detroit area. The only reference she knew was Stan Yee who I had not known but turns out to also be a pretty famous custom shop from back in the day and still in business though Stan a world famous oval track racer has passed away. The Yee family still runs the shop. I went over there with pictures no one in the shop remembered it that day. 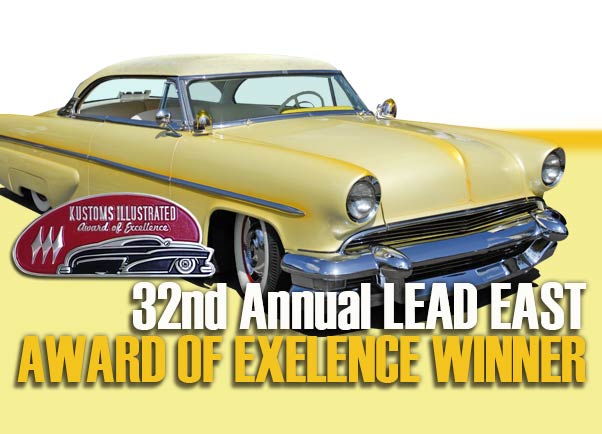 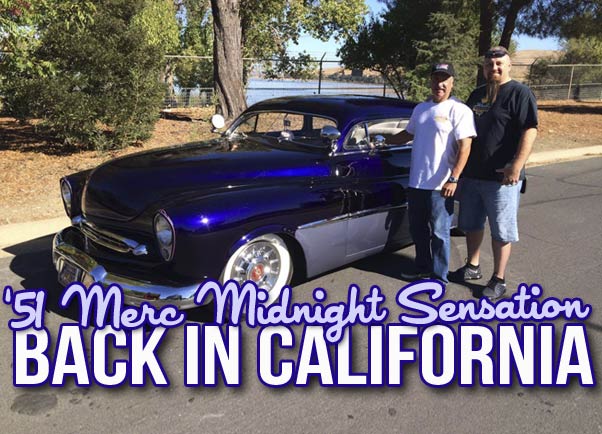 Midnight Sensation back in CA 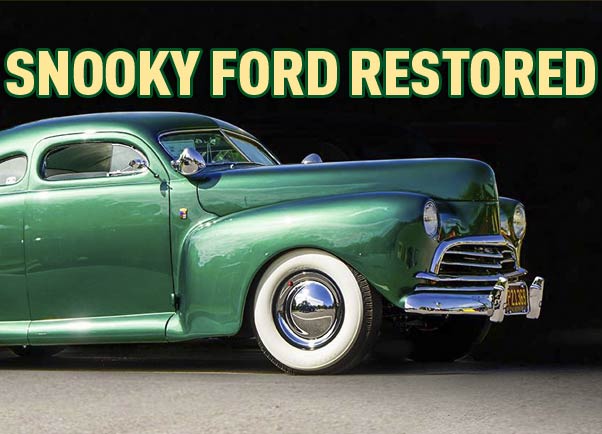 One thought on “Detroit Barn Find For Sale”