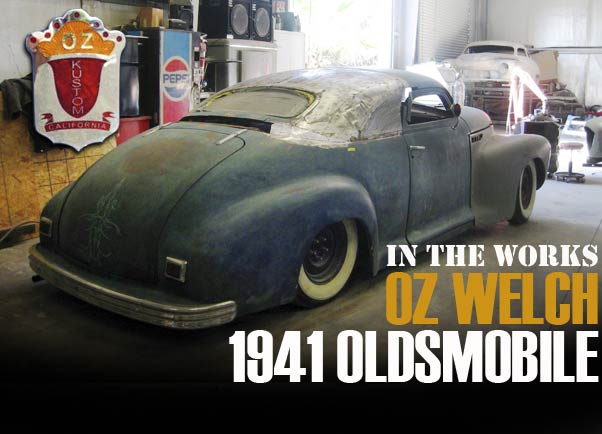 [dropcap]O[/dropcap]z bought the car as a project from Sacramento Customs. The car is an 1941 Oldsmobile and came from the show with the Buick front end grafted on. Oz like the overall look of the car and decided it would be a perfect candidate for a next personal Custom. The only thing he did not like about it was that with the new Buick front end, the rear of the car looked a bit to short.

Oz decided to built this one as a three-window coupe. He is always looking for some new shapes in the cars he built. So Oz decided that after doing the ’39 Cadillac Hard-top for John D’Agostino, and an ’41 Cadillac with Padded top he would do his own ’41 Olds as a three-window coupe. As a three window coupe he could give the top new shorter shape which made it more in proportion with the longer front end of the car. And the three window Coupe would be a nice new style to add to the full fenders line of recent Customs from his Oz Welch Kustom shop.

When it was time to chop the top, Oz decided to move the top forward a bit to make the rear appear longer, more in proportions with the longer Buick front end. He moved the back portion of the roof 8 inches forward, chopped the a-pillars 4 1/2 inch and the rear 6 inches. Right now the chop is roughed in place and has the right look and feel. To further lengthen the rear Oz will stretch the rear fenders a little bit. 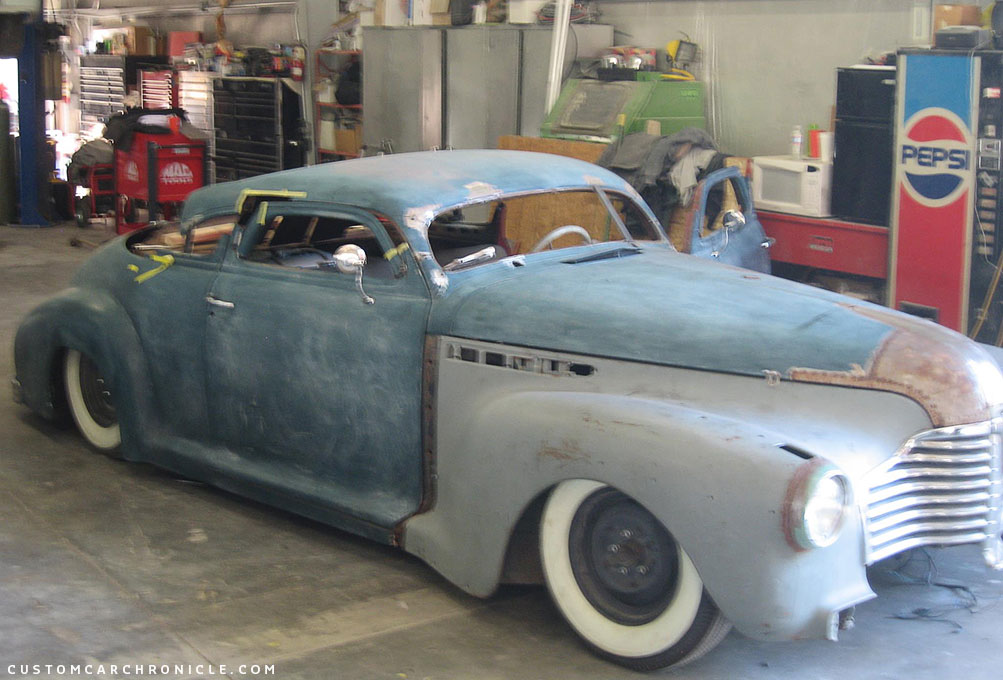 Snapshot taken by Oz after he had the rough shape of the roof tacked in place. This shot also shows the ’41 Buick front end and how the Olds hood was extended and reshaped to make the Buick grille and front fenders fit.
[divider] 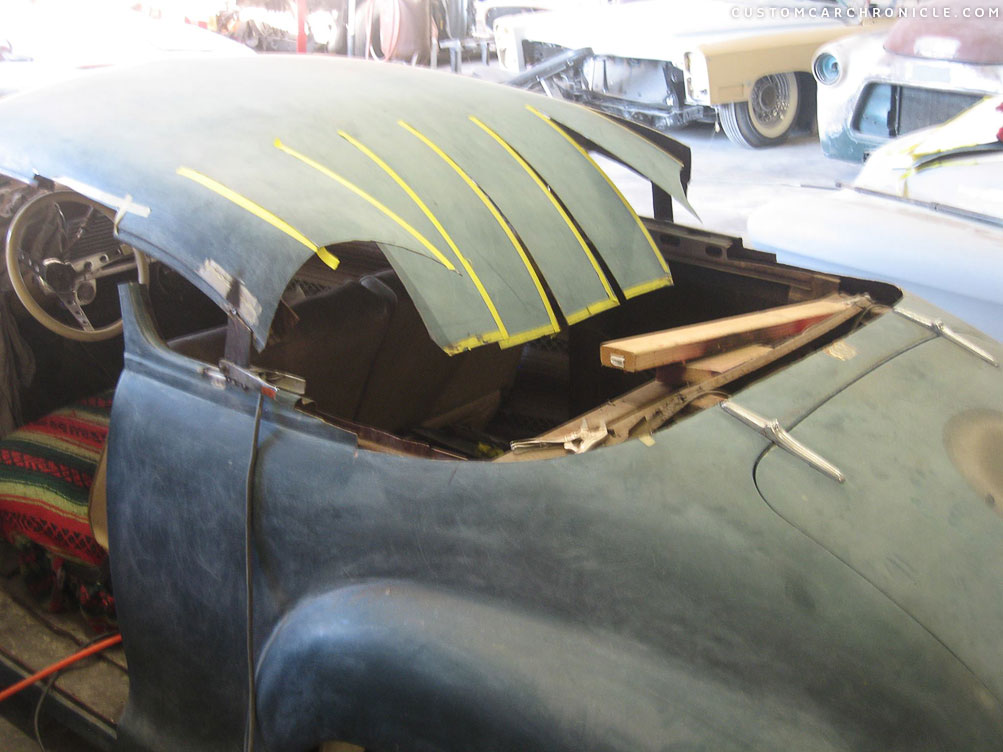 The c-pillars have been removed completely at this point. The rear of the roof has several relieve cuts allowing for reshaping the roof to the right shape for the shorter top.
[divider] 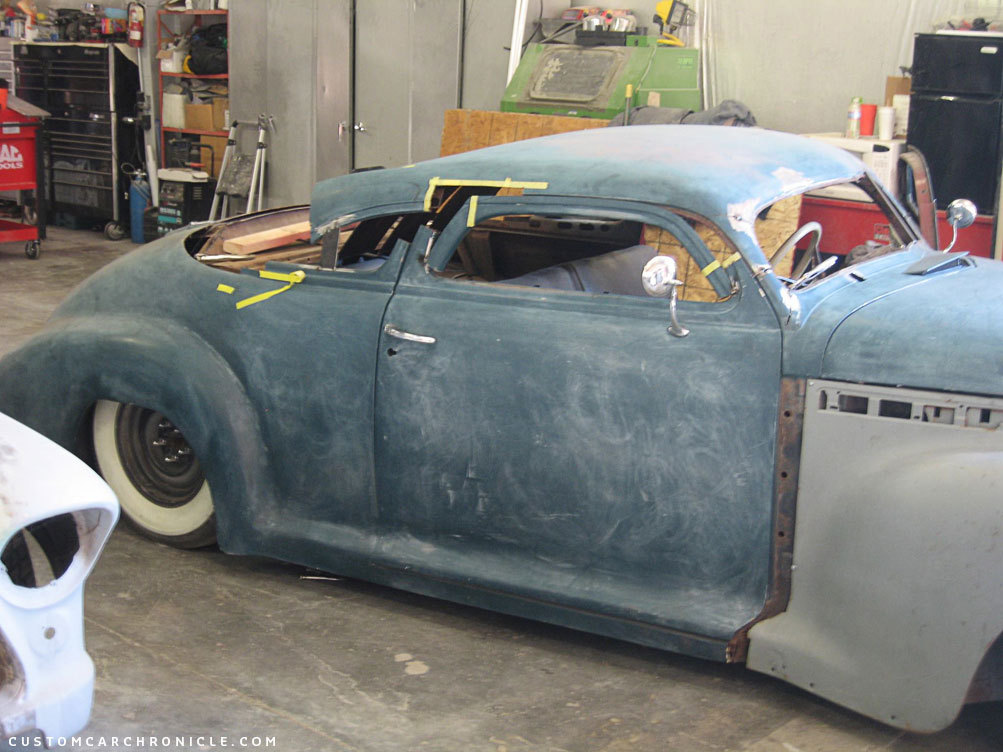 Door frame was cut and tacked in place to get a feel for the new window height. Later it will be cut, lengthened and reshaped to fit the new opening.
[divider] 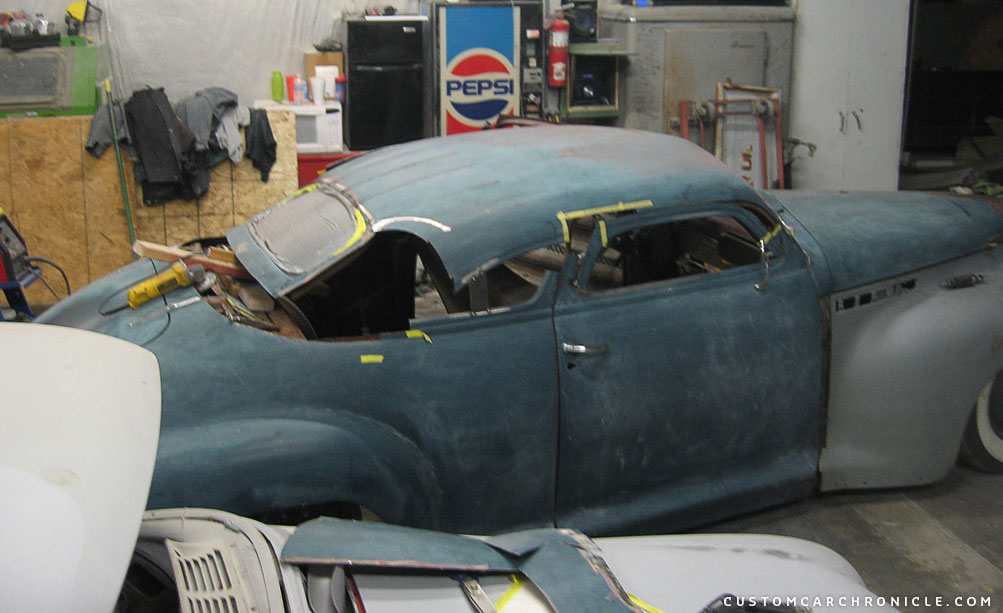 The new position of the rear window shows how much shorter the roof now is.
[divider] 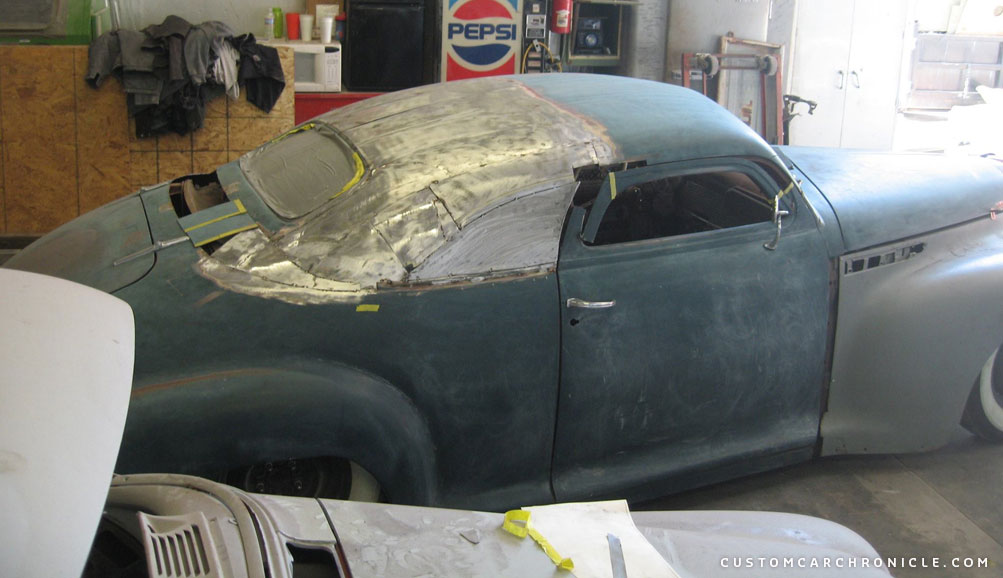 Rear quarter windows are now filled in giving the top an complete different feel.The C-pillar metal of the Olds top has been reshaped and welded in place to form the 8 inch shorter top.
[divider] 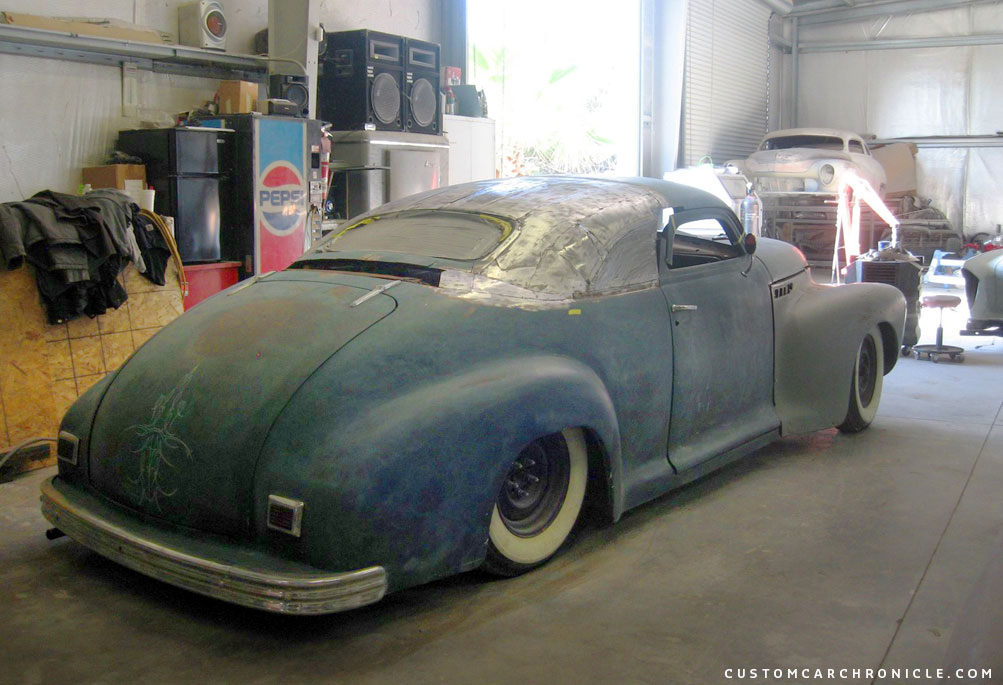 We will keep an close eye on this one from Oz. And when there are new developments we will do a follow up here on the Custom Car Chronicle… stay tuned. 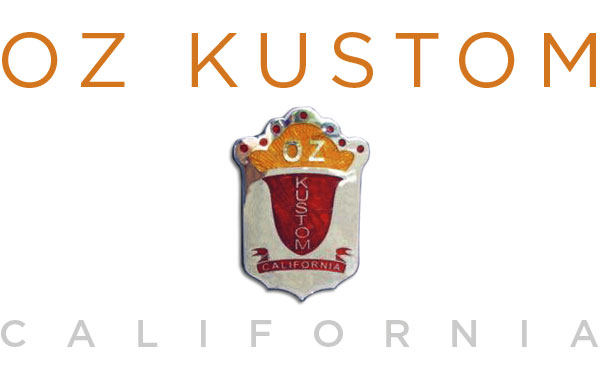 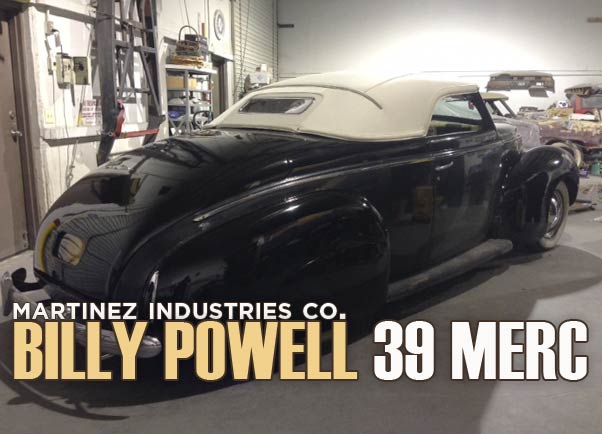 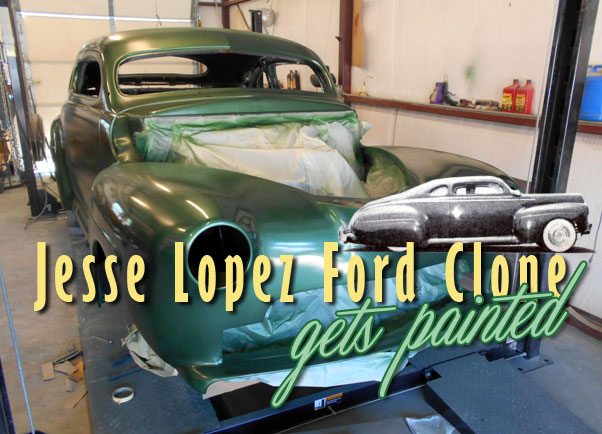 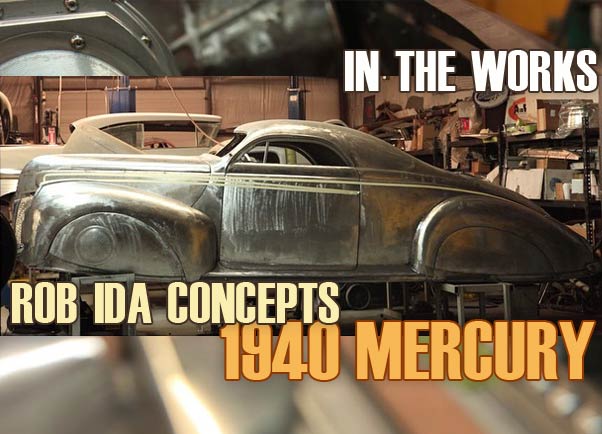