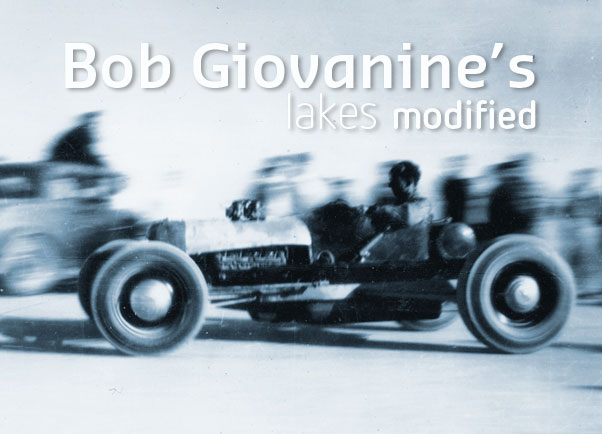 The story of Bob Giovanine’s lakes modified is a story of many elements but it starts in 1937 with Bob Rufi and Chuck Spurgin finding a ’24 Dodge touring body and chassis in Decker Canyon.

See the boys were planning a trip to Oregon and both men could not fit in Rufi’s one man Modified. So using the mechanicals from Rufi’s one man they built their long haul 2-man, for whatever reason the Oregon trip did not eventuate but they still had the 2-man (Rufi stored the one-man body/chassis). In 1938 with the introduction of a Streamliner class Rufi & Chuck added a wood and Canvas tail to the Modified, subsequently they were the first to run the streamliner class. In late ’38 Rufi started planning the build of his famous streamliner. This left the two-man modified engineless. The rear wood and canvas streamlining was also removed as it was no longer legal under SCTA rules.

Between 1938-39 Bob Giovanine built his first modified (no info yet to pinpoint a build date). In 1940 Bob teamed up with Babe Ouse. Ouse ran his Ford flathead 4 topped with a Winfield head in Bob’s modified. At the same time Bob was starting to learn about Chevy 4s like those run by his fellow Albata club members. The Albatas were the most knowledgable and most successful at getting the maximum hp from the ancient Chevy 4. Bob picked up all the tricks he could from Ralph Schenck, Bob Rufi and Jim White. The 1940 season saw Bob’s newly built Chevy 4 without a home & the 2-man now owned by Chuck engineless. So a partnership was formed & they were successful with a 122 mph run. The Giovanine/Ouse entry managed a 118mph run.

1941 saw major changes, Chuck ran his 1925 Chevy roadster for the first time. Postwar it would become famous as the Spurgin/Giovanine roadster. Rufi had crashed his record setting streamliner at the end of 1940 and was recovering from his injuries. The crash caused Rufi to retire from racing and he enlisted and went to Hawaii where he was building apartments for the military (Rufi was working 8 miles from Pearl Harbor when it was attacked). 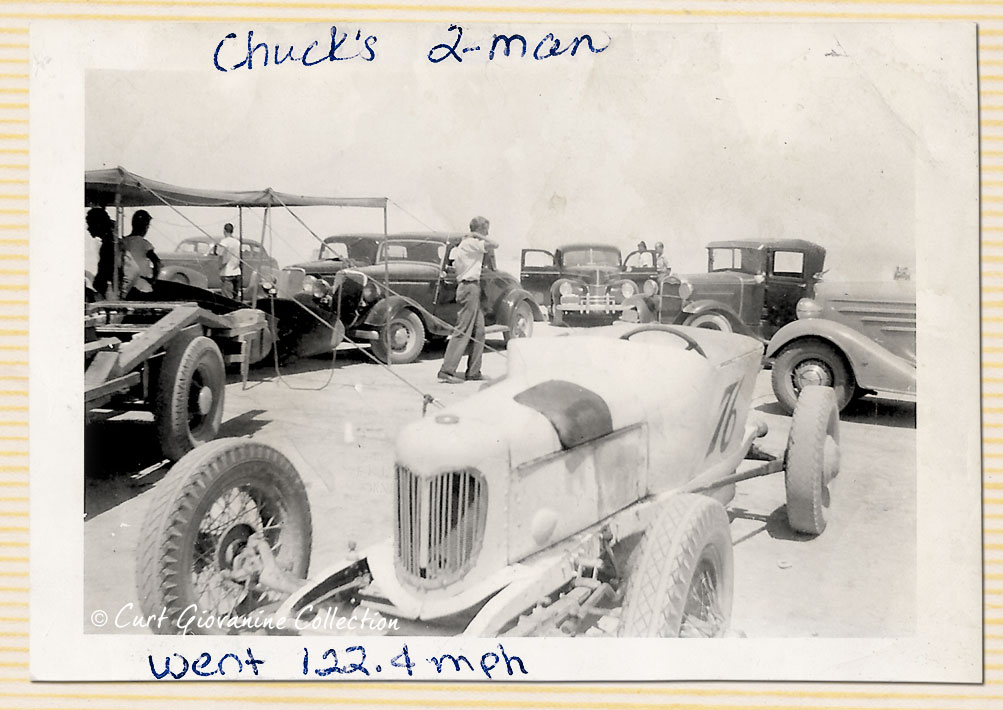 With Rufi retired from racing Bob Giovanine acquired Rufi’s old one-man modified body/chassis and set out to rebuild his Modified. Now here is where things start to muddle up. Bob built his new modified in Ouse’s backyard. In two early build photos you can clearly see Rufi’s old no.77 one-man body sitting a top of Bob’s Modified chassis. In another photo you can see a rolling chassis behind Bob’s this is from another famous Modified, this time the Knapton/White car which was being changed about the same period as Bob Giovanine’s mod. The Knapton/White modified was later owned by Bill Swartzrock & Jack Lehman also Albata members. From there it was sold to Doug Caruthers then Leroy Neumayer. It is now restored as the Chrisman bros no.25 dragster. 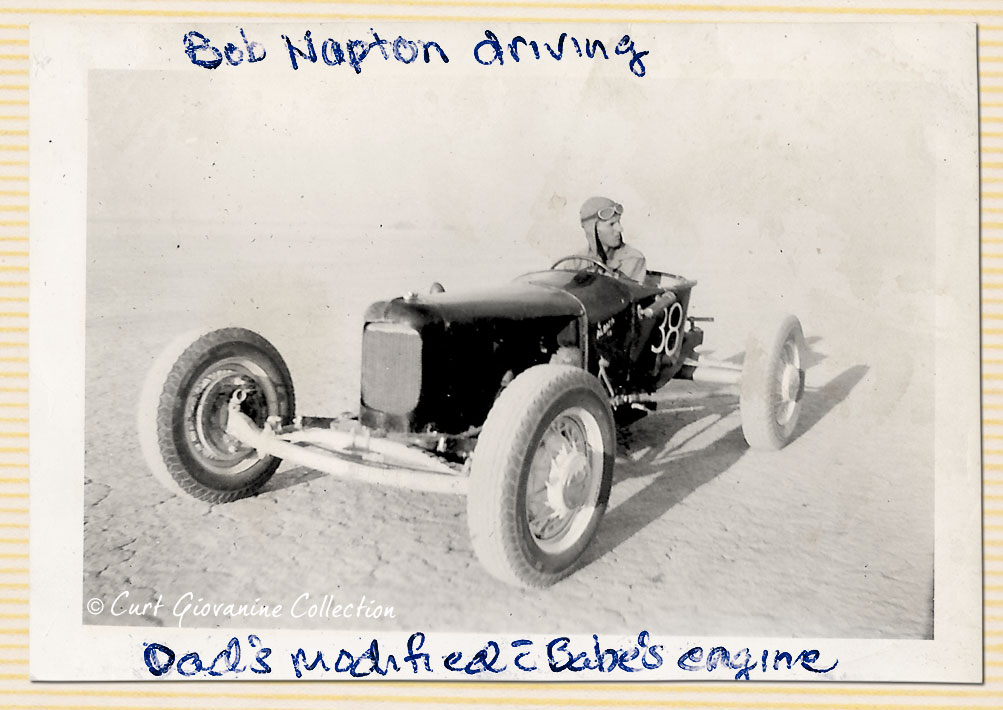 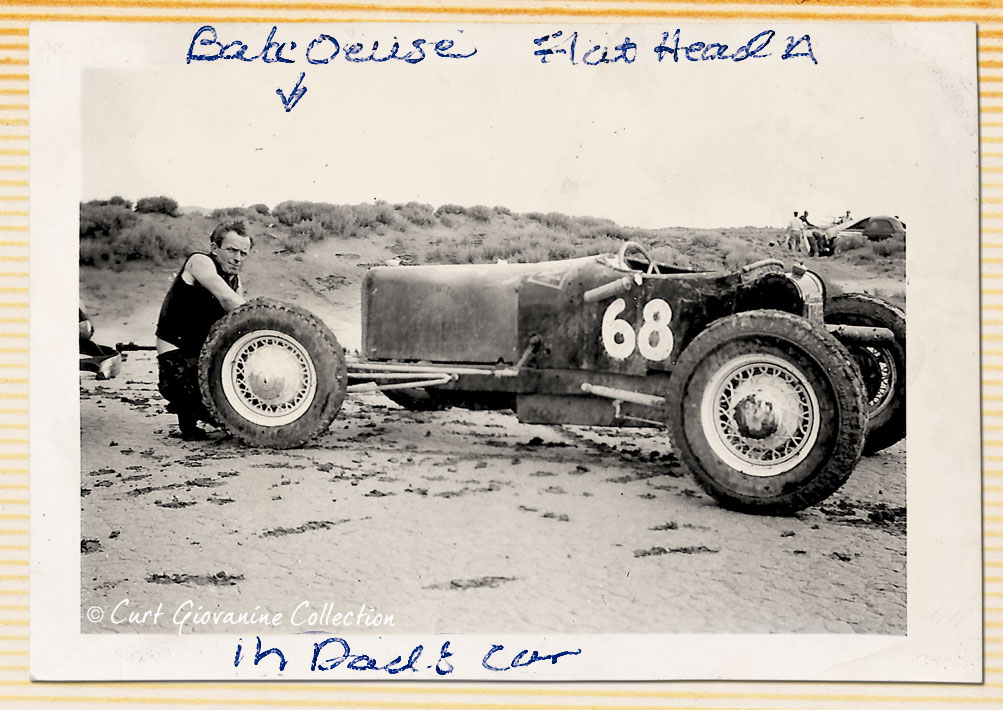 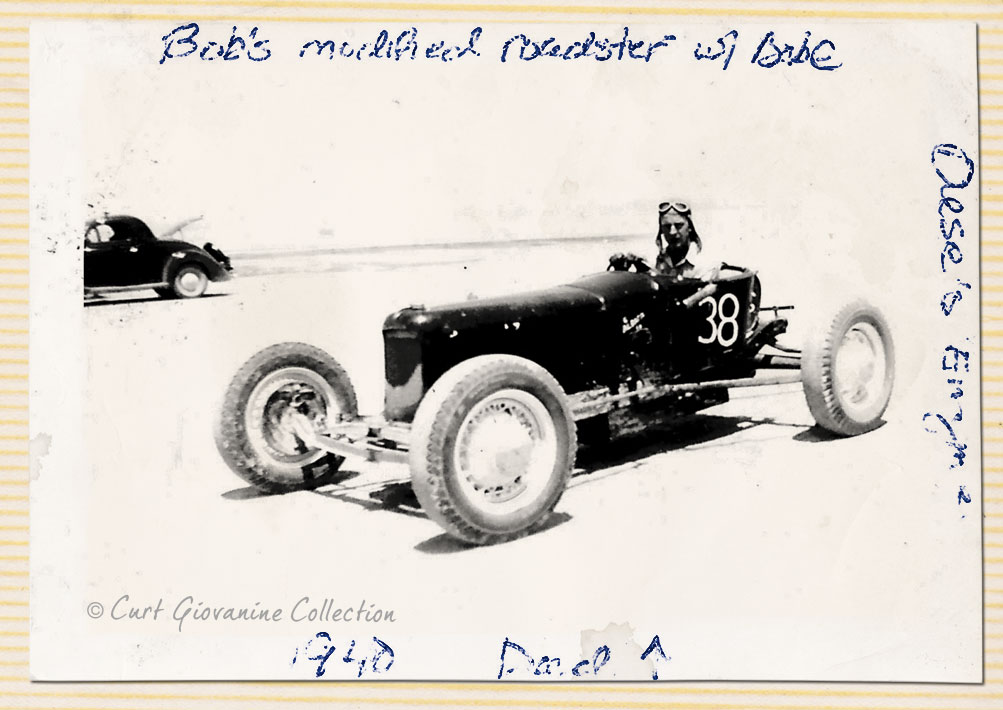 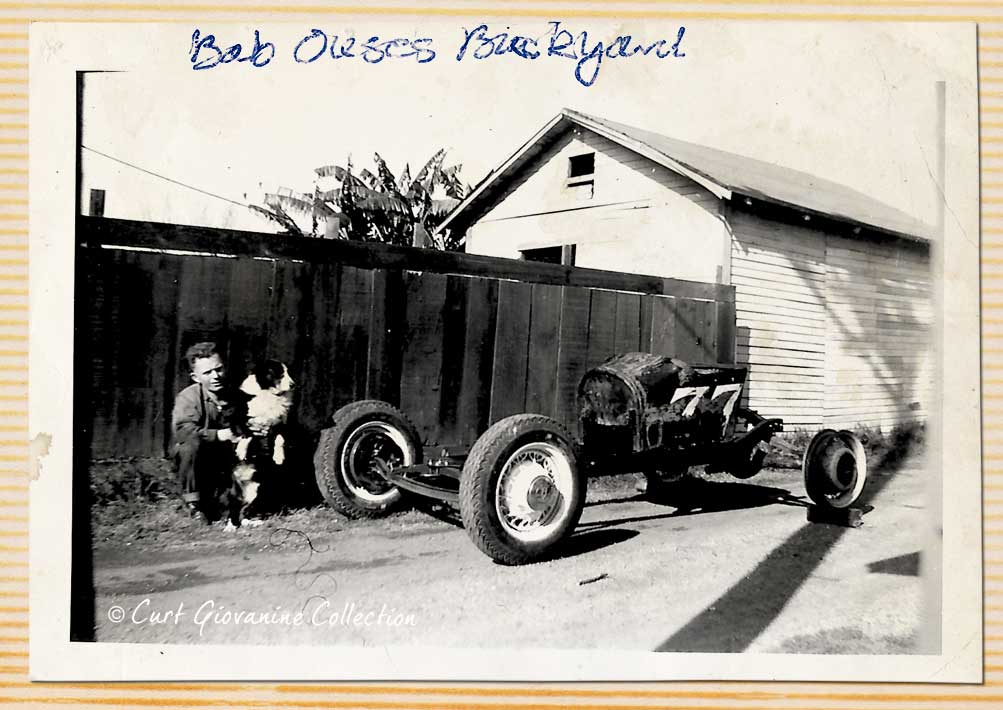 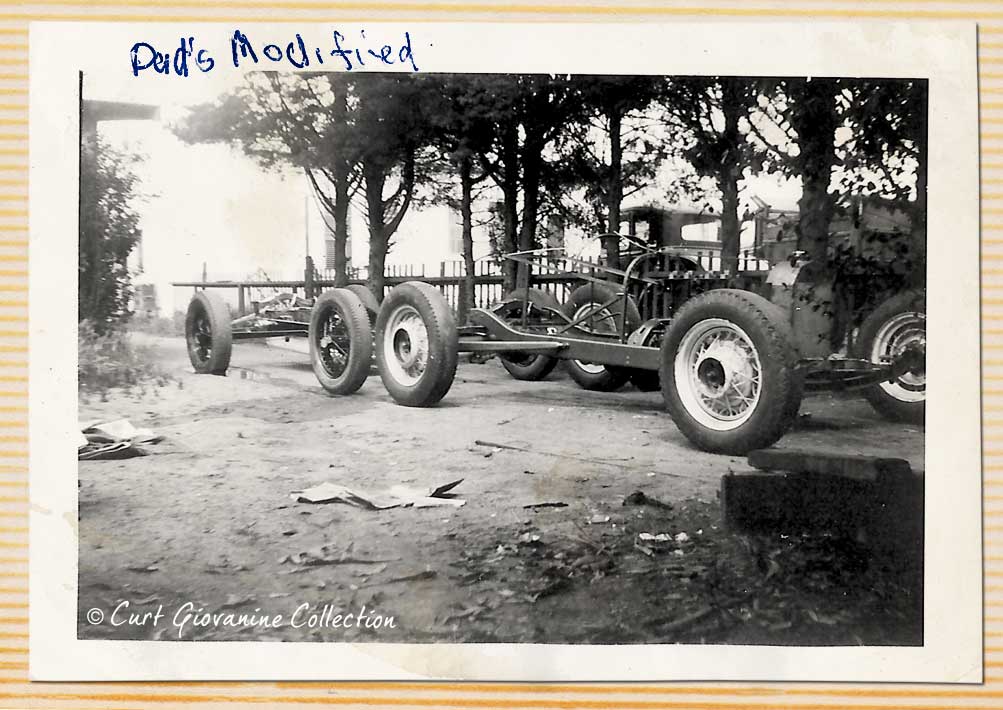 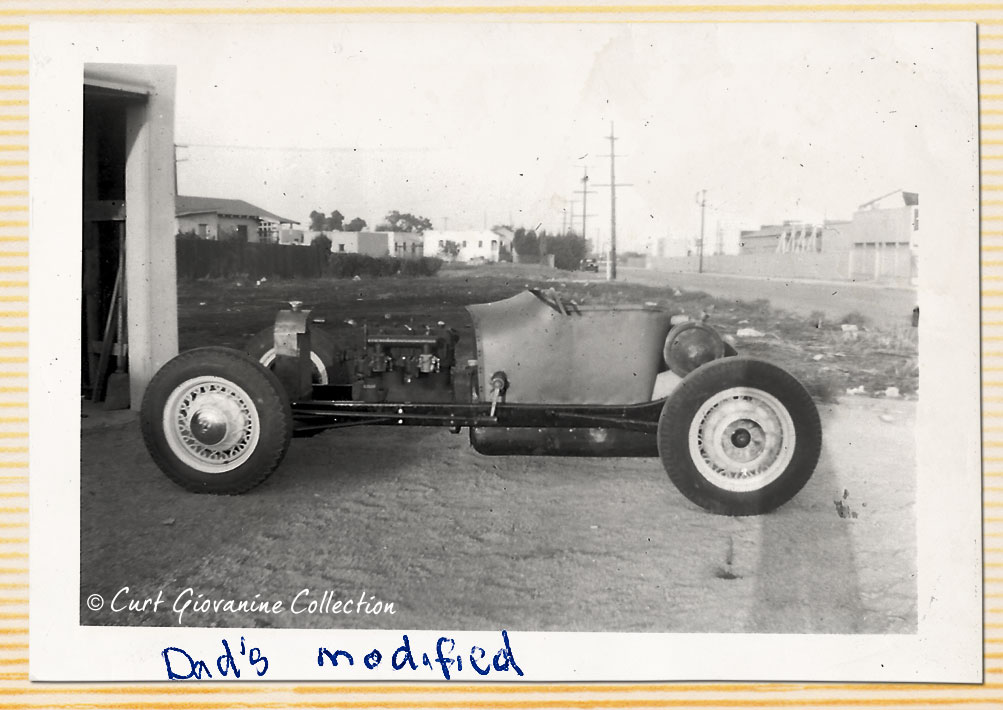 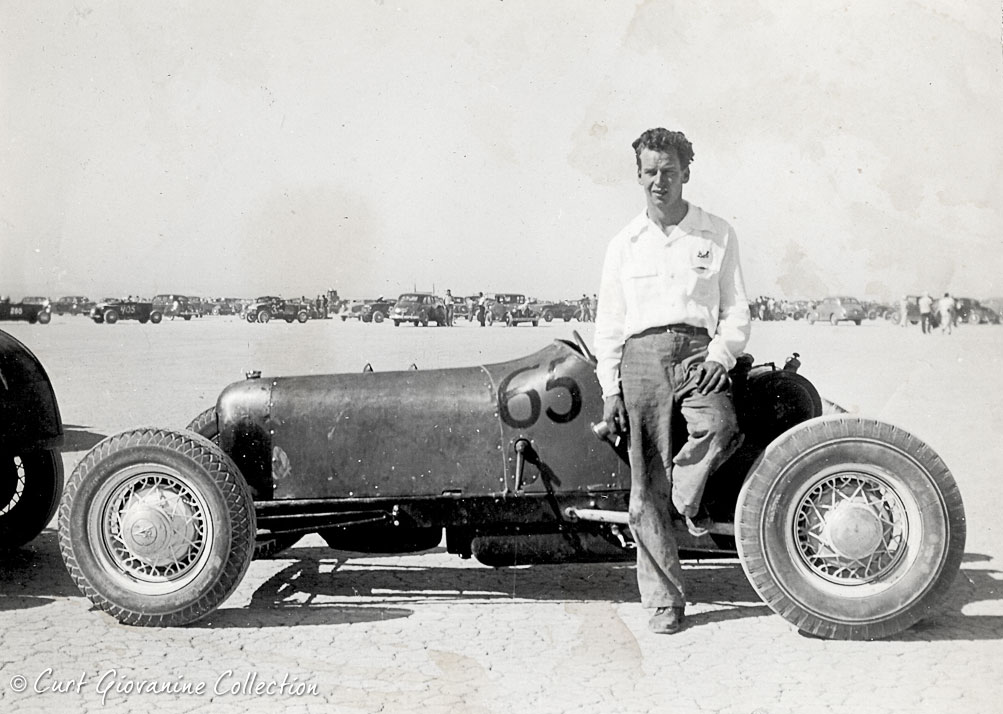 Back to Bob Giovanine’s modified, the front suspension was a ’32 heavy axle which was an uncommon sight on anything other than a stock ’32. For a lakes modified it was very unusual. Spring and spring perches were also ’32. The wishbone was replaced with 2 model T wishbones converted to run as hairpins. The rear end was Chevy with a shortened torque tube. Model A radius rods mounted to the outside chassis rails. The rear spring was Model T with Model T rear crossmember. Once completed Bob ran 122.5mph. With the Attack on Pearl Harbor Bob mothballed the modified and joined the Navy for WWII. Bob tried for submarine duty but once the Navy learned of his aircraft experience, he was assigned to & stationed at Moffett Field, California working on AT-6’s and SNJ’s for the duration of the war.

Post ww2 Albata member Jim White who by then had reverted to his real name Jim Harrell bought Bob Giovanine’s prewar modified less engine. Jim shoehorned a Flathead V8 into his newly purchased modified. Jim along with his brother Nick started Harrell racing equipment so the ex-Giovanine modified played an important role in the development of Harrell speed equipment. In 1946 Jim’s modified recorded a speed of 126.40mph. After 1946 the modified was run only a couple times and then disappeared. Where did it go? Was it parted out? Scrapped? or patiently waiting to see the light of day? 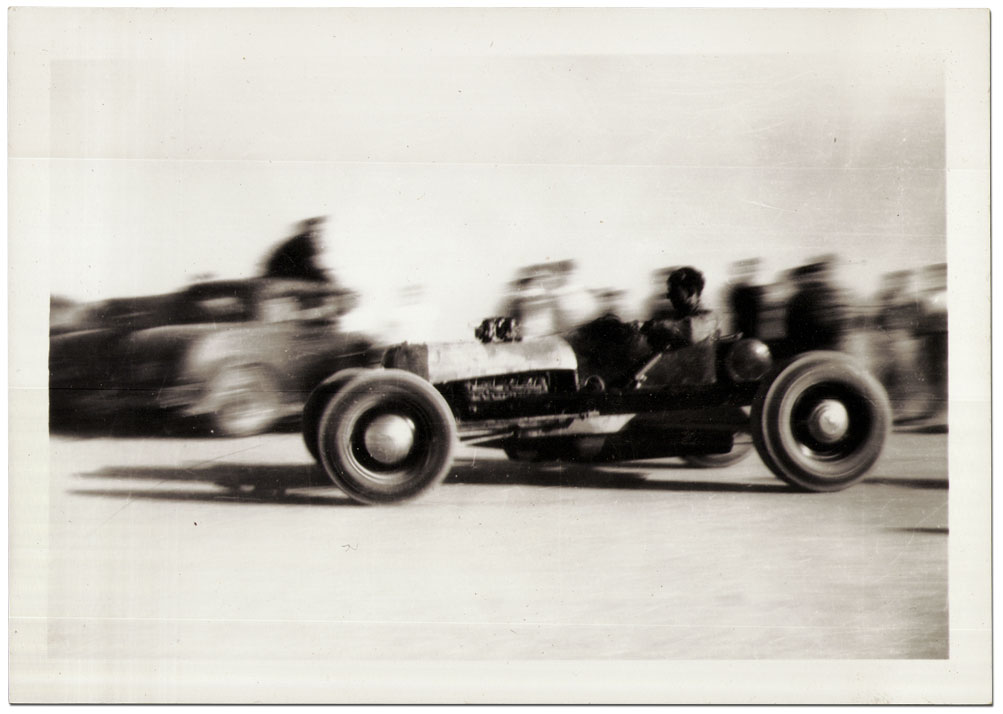 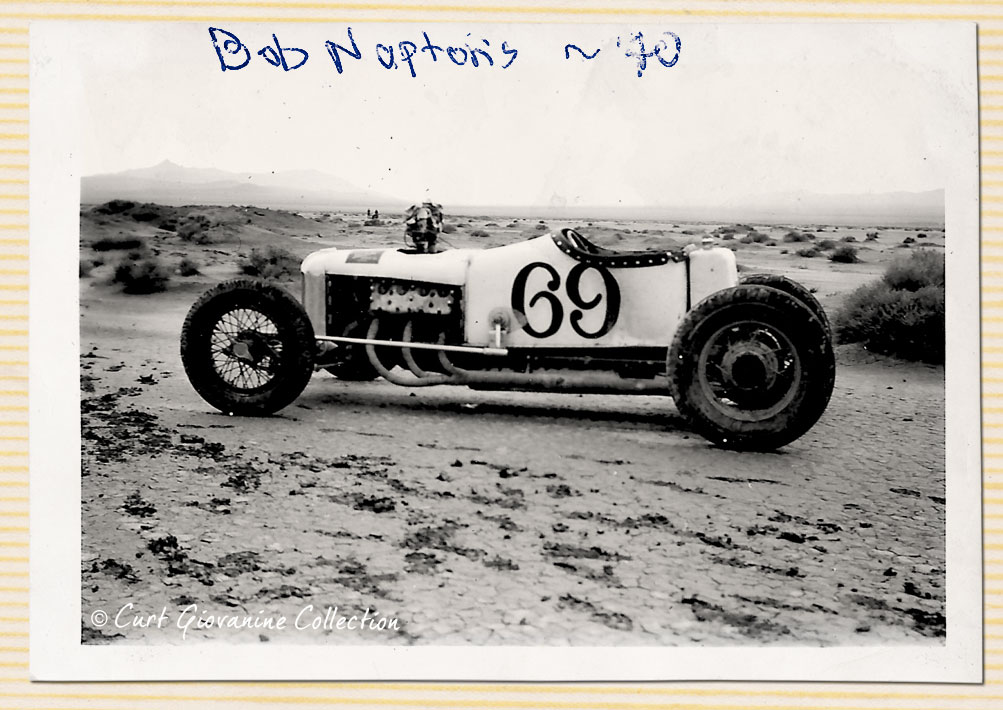 Jamie (aka Jimmy-B) is our Hot Rod contributor. He is a very passionated Hot Rod historian specializing in the early dry lake racers. Located in Australia he has become a living legend when it comes to identifying hot rods from old photo's and magazine articles. Jamie will be sharing some of his amazing material and knowledge on the site. 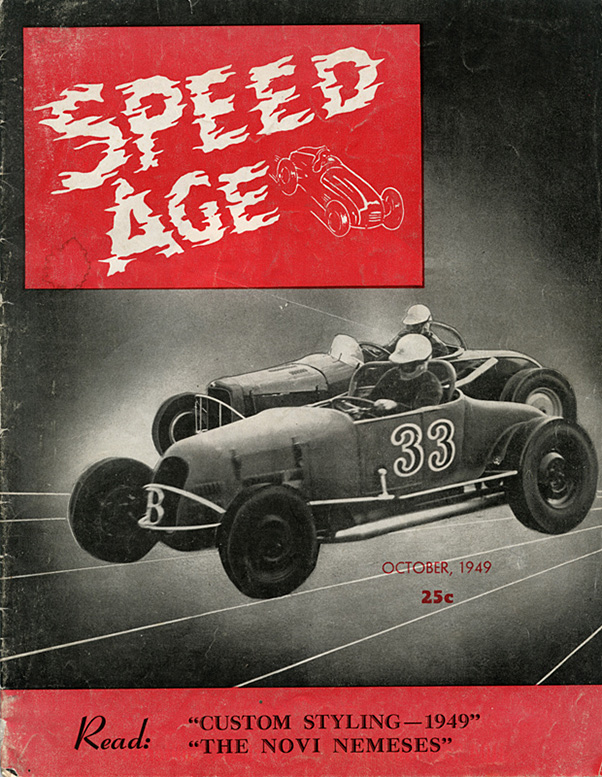 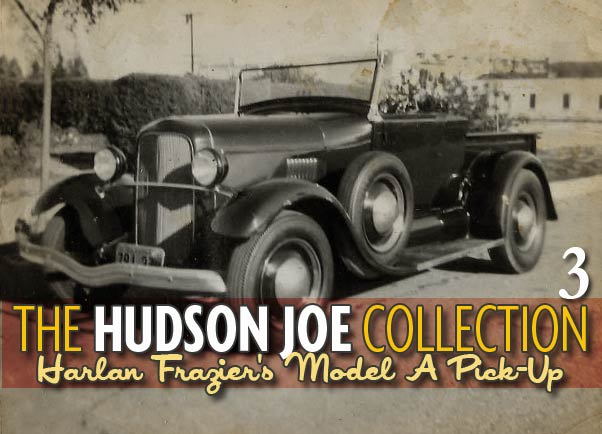 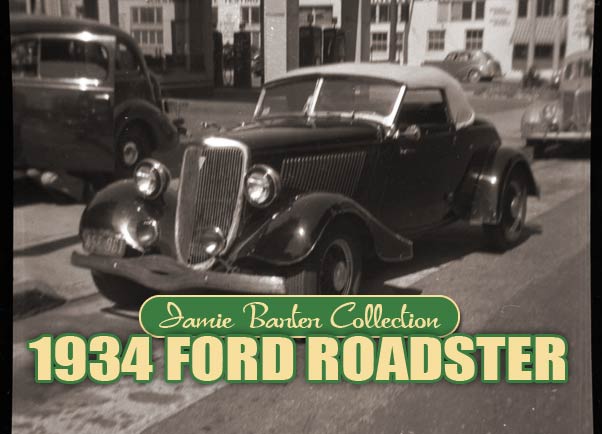