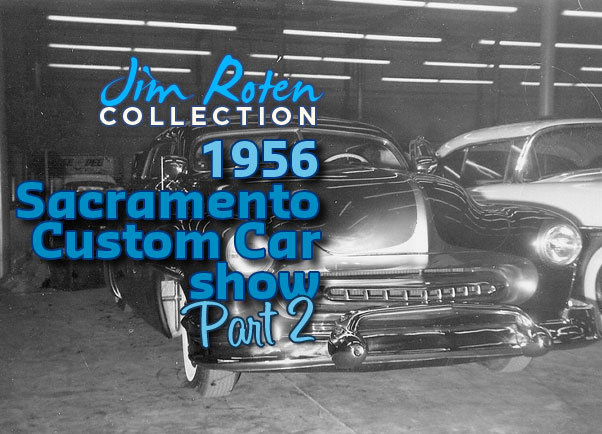 Part two of the series of photos Jim Roten took at the 1956 Sacramento Autorama show.

Jim Roten, who worked for Riley Collins Body Shop in Chico, California, was very active in the Custom Car scene in the mid to late 1950’s. And fortunately for us, he also like to take photos. He usually brought his camera where ever he went with his own customized 1952 Ford convertible. Jim also brought his camera when he visited the Sacramento Autorama Show in 1956. Let take a look at some more photos from in the second, and last part of this series.

[box_light]Check out part one of the Jim Roten 1956 Sacramento Autorama Show article.[/box_light] 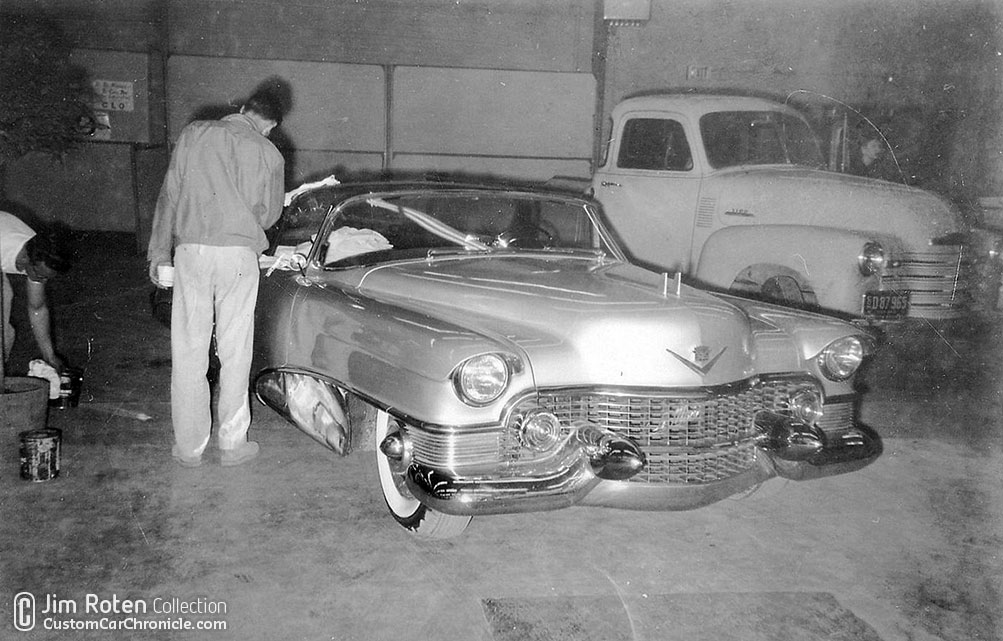 The Barris Kustom Shop brought the 1953 Cadillac “Le Mans” to the show. This photo shows the team preparing the car on set-up day for the public the next morning. The “Le Mans” Custom Cadillac was based on one of the three experimental show cars created by GM at the Motorama shows. The Barris shop built it for Harry Karl, who gave it to his wife, actress Marie MacDonald. 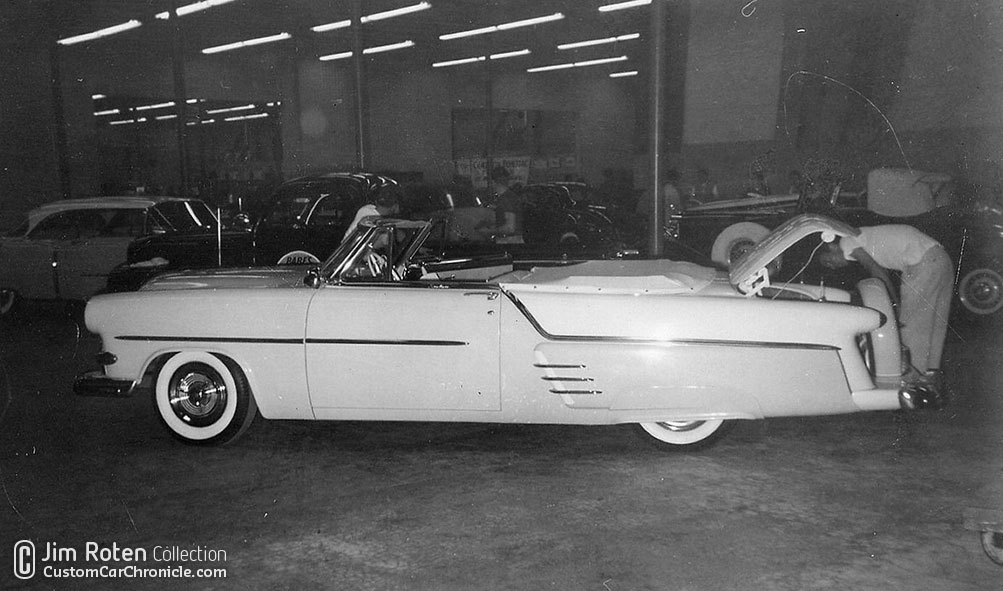 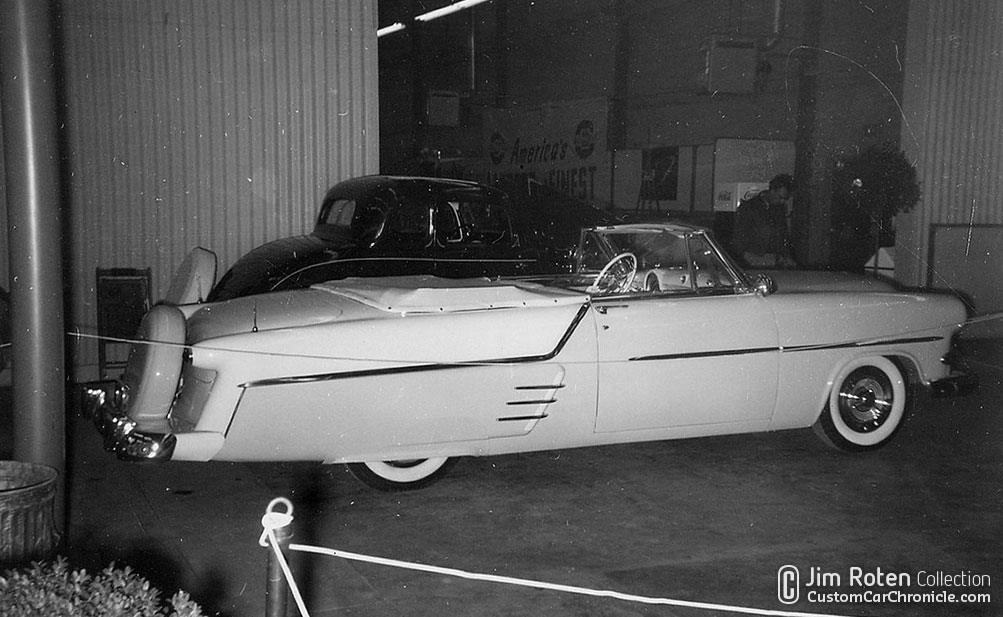 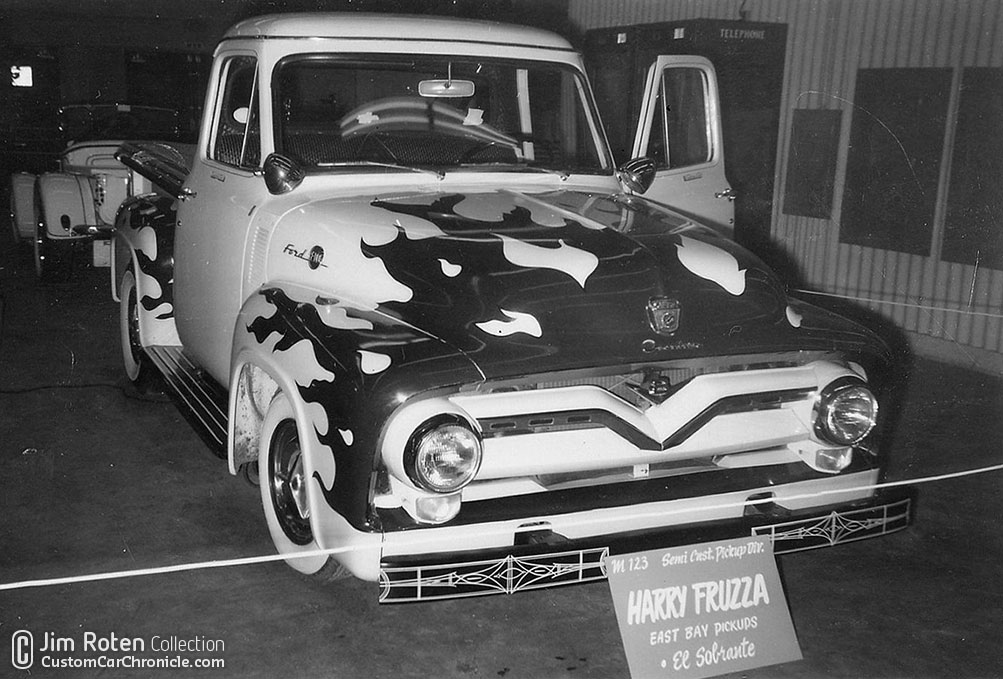 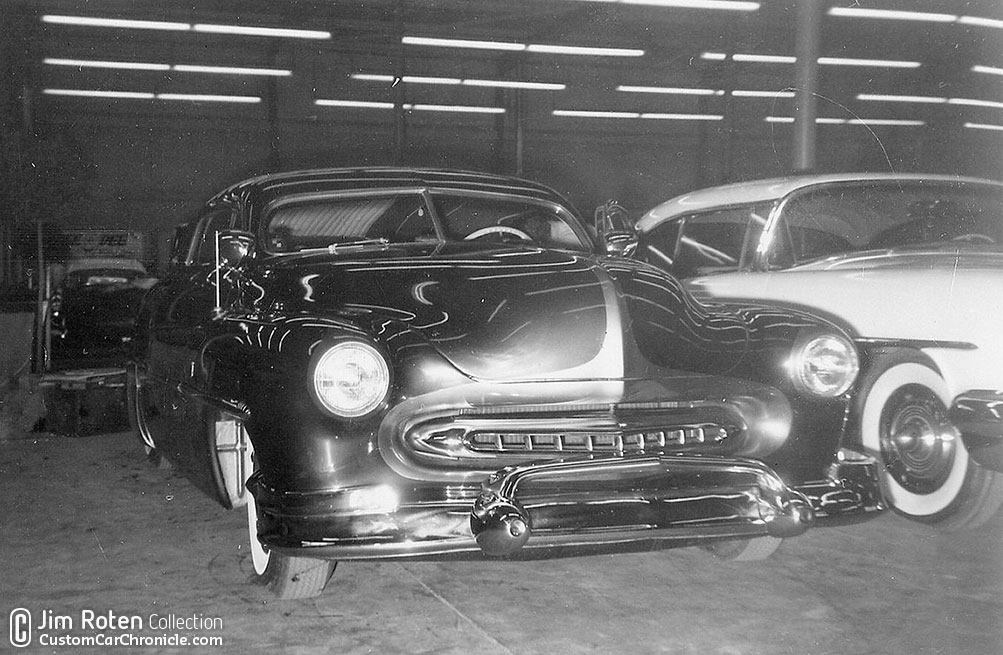 Johnny Zupan took the Louis Bettancourt Ayala/Barris 1949 Mercury back to the Barris Kustoms Shop in the mid 1950’s for a make-over. The car was shown at the 1956 Sacramento Autorama Show with all new paint but the scallops had still to be outlined in bold white striping by Dean Jeffries. 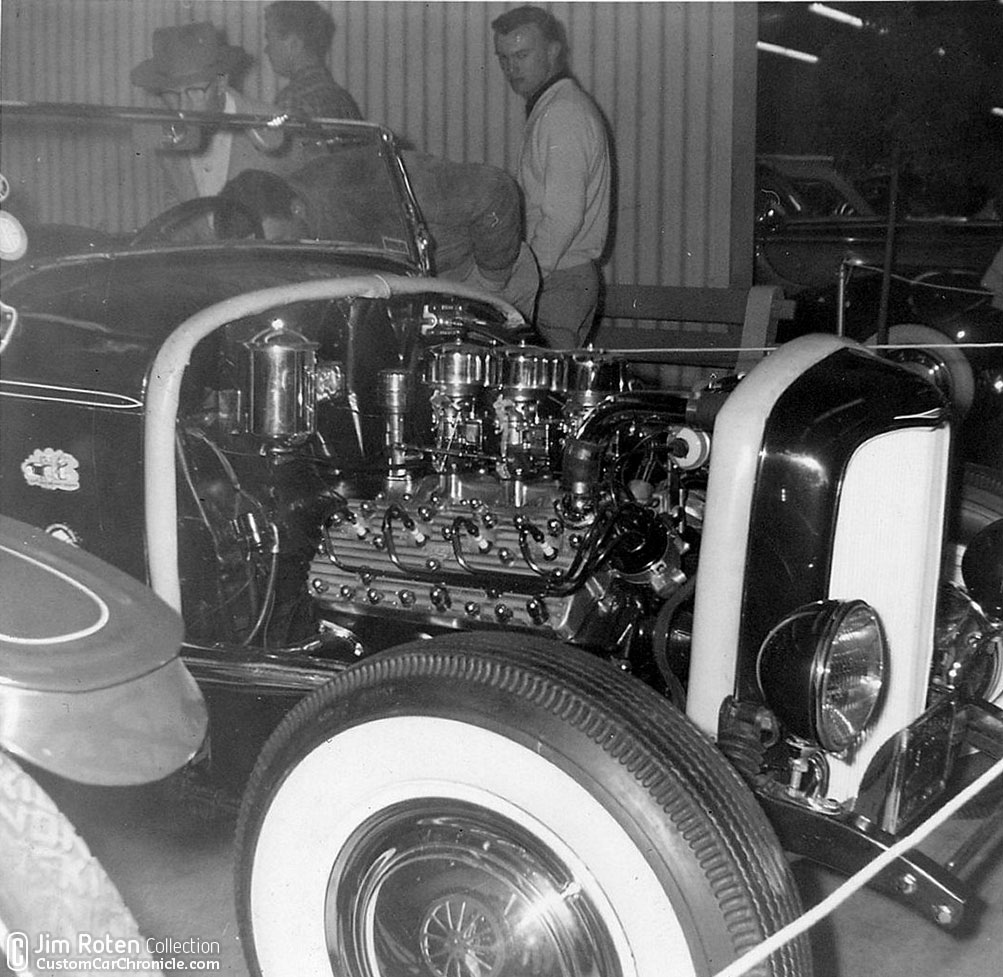 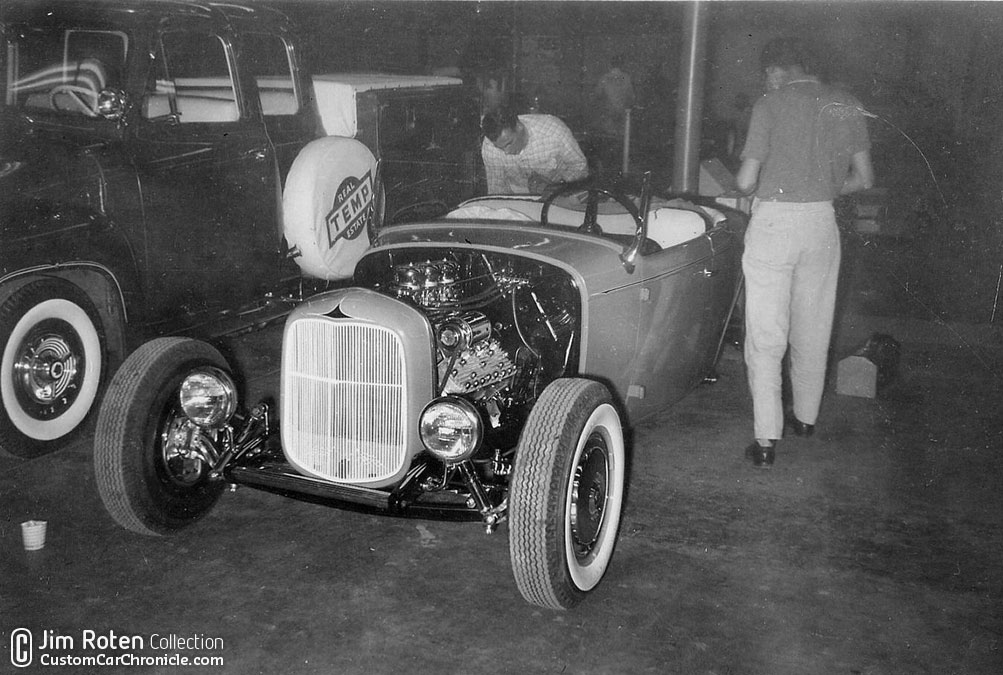 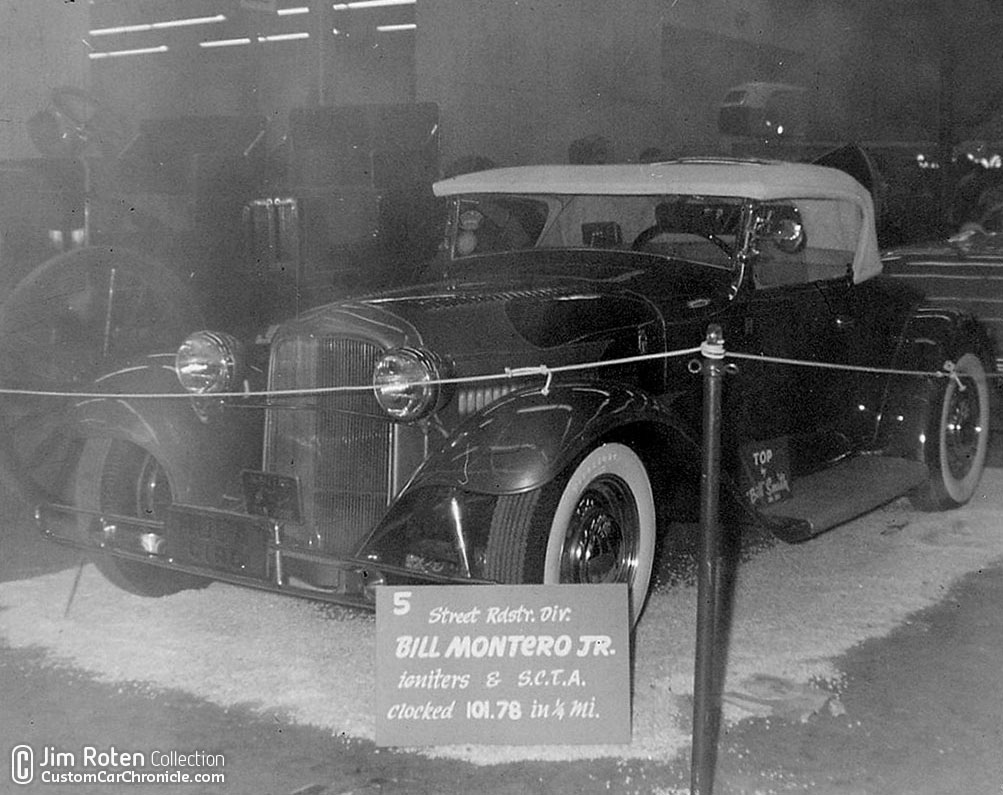 Bill Montero’s model A with 32 Ford fenders and grille. 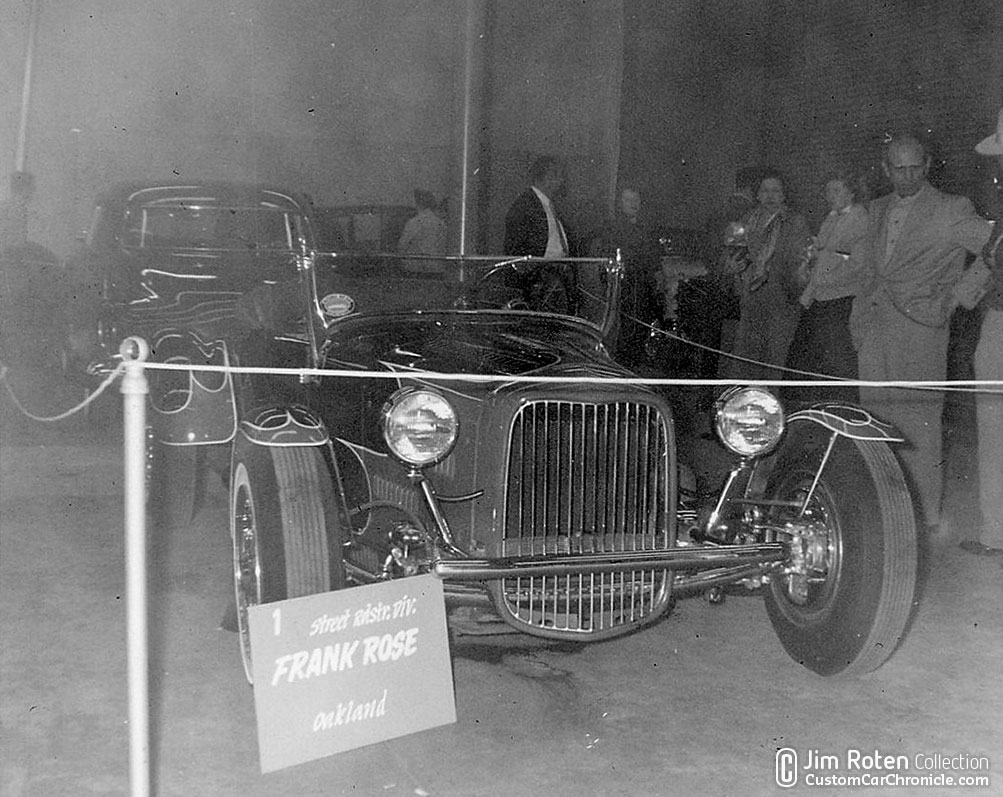 Built by owner Frank Rose of A & R Auto Mart in Oakland, California, 1927 Ford Model-T Roadster Home made frame with chrome plated Ford tube front axle. The grille is a sectioned ’32 Ford unit with a hand built grille insert, created from round stock and chrome plated. Body work by Jack Hagemann. The fenders, bellypan, instrument panel, hood, deck lid, and the panel below the deck lid was hand formed from aluminum.. The car was painted jet black lacquer with scalloped and striped in white and blue by Tommy the Greek. (info from Kustomrama) 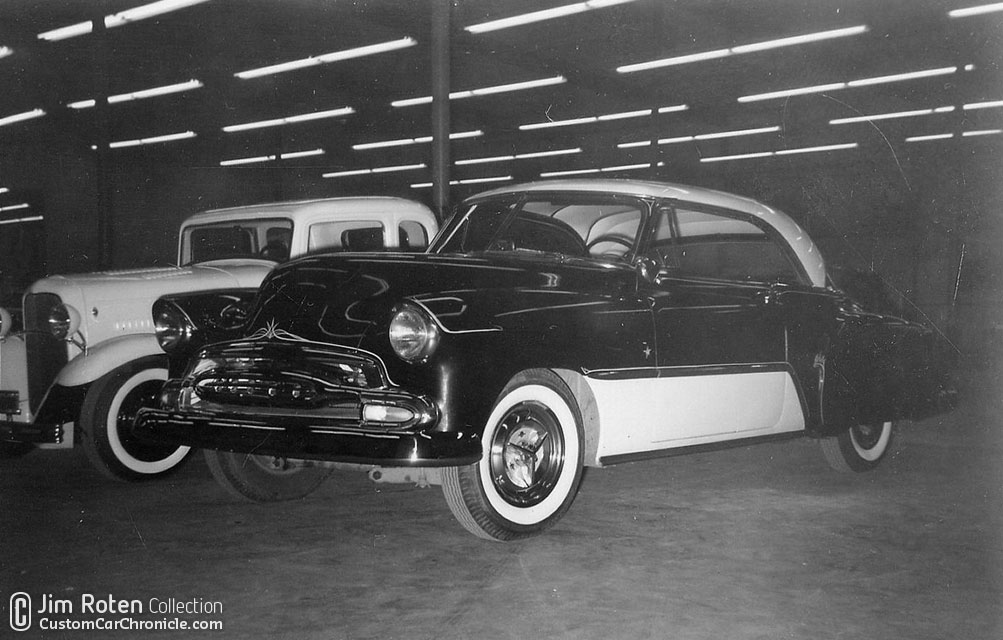 Unknown 1951 Chevy Hard-Top with hooded headlights, Pointac grille and two tone paint job seperated by the 1954 Oldsmobile side trim. Parked next to it is the all white 1932 Ford built by Harry Westergard and Dick Bertolucci. 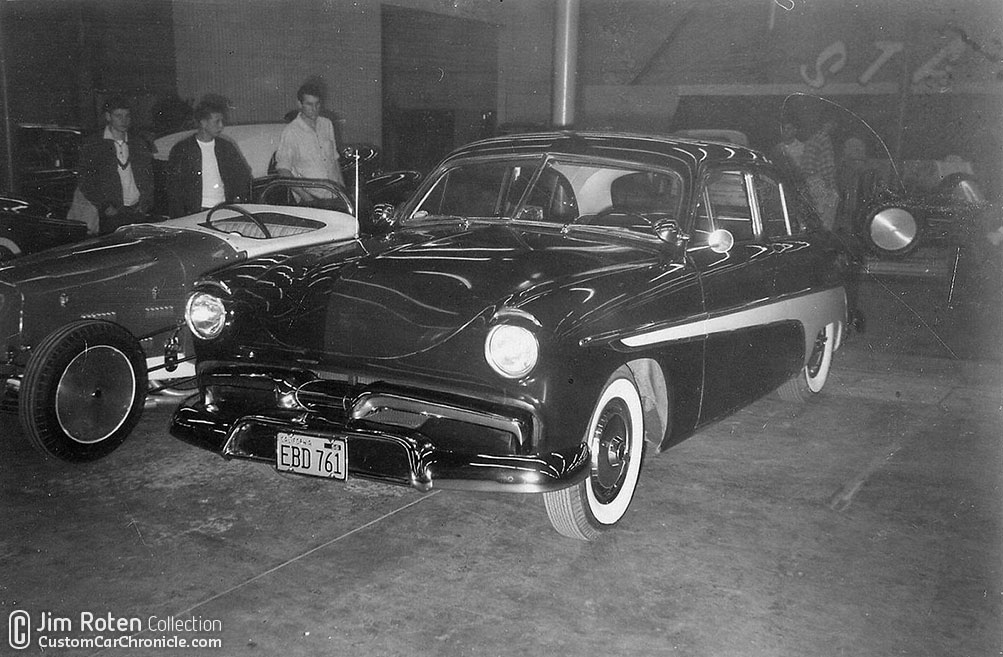 Another unidentified custom is this Shoebox Ford with extreme rounded hood corners. 1956 Plymouth grille and 1955-56 DeSoto side trim. 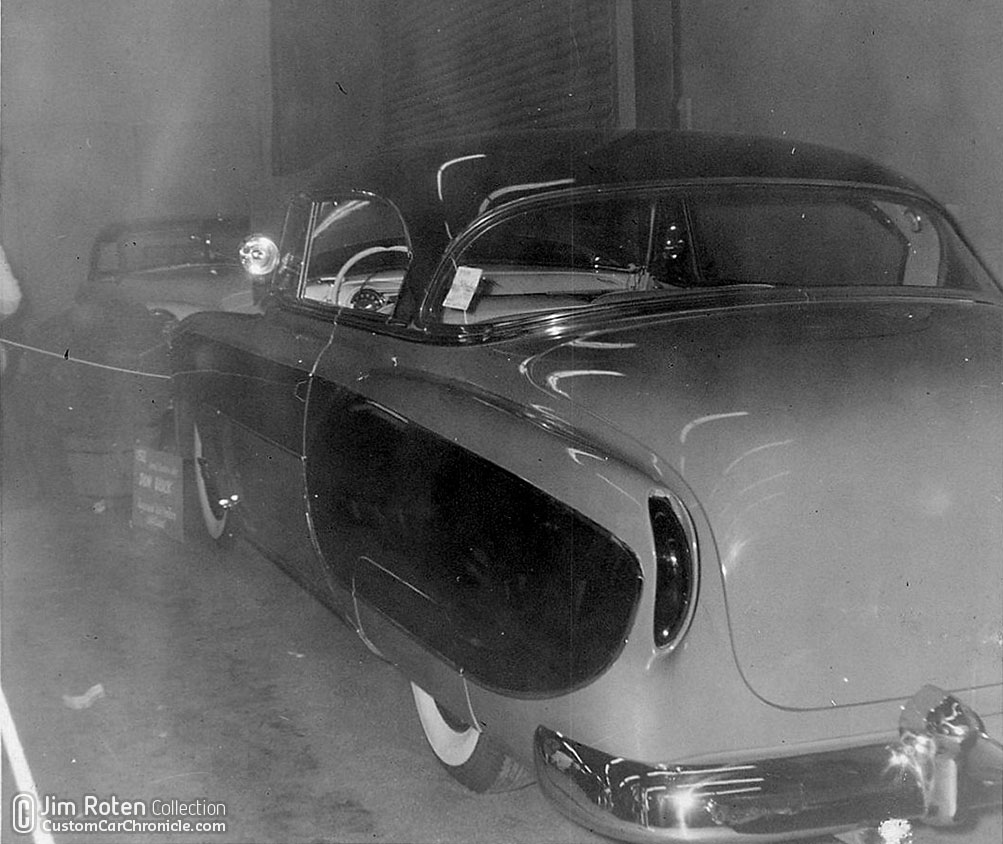 1953 Chevy with very interesting taillight and side trim details, created by Gordon Van of Oakland for Brian Bernon. 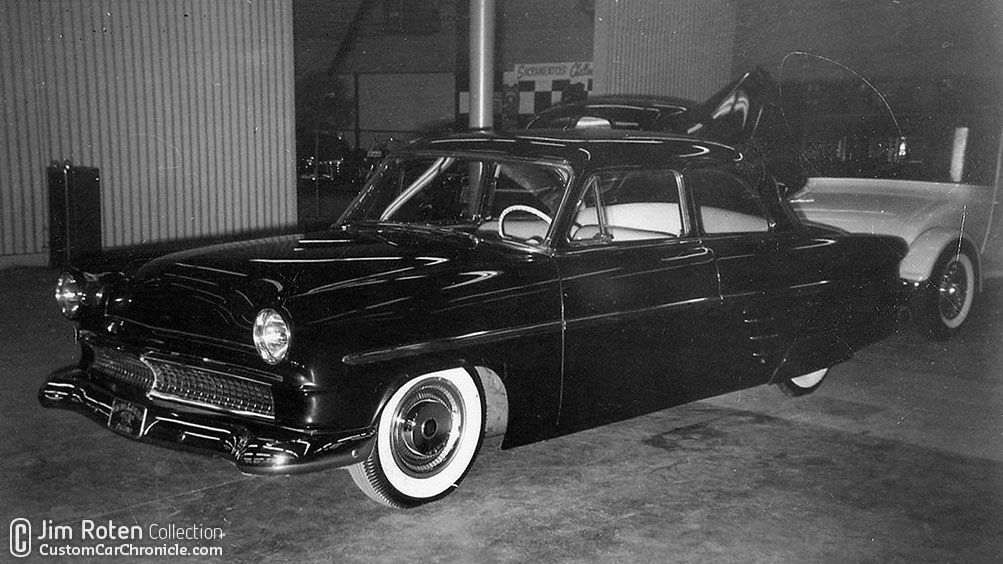 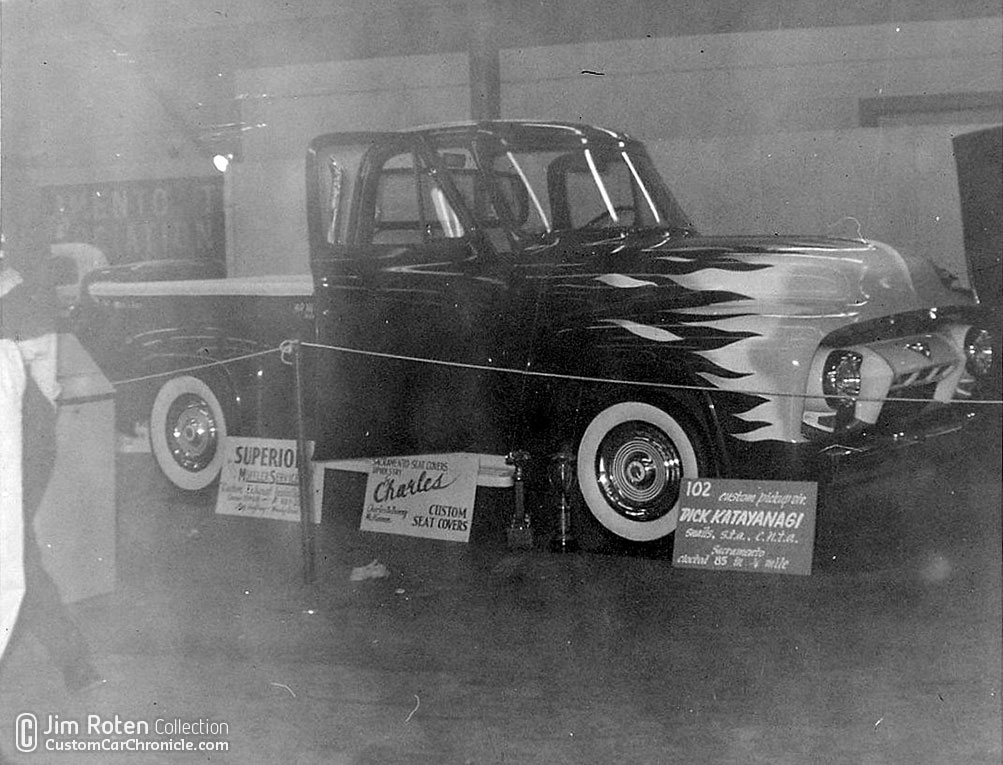 [box_light]More on the Jim Roten Collection can be seen in the other articles we have created on the Custom Car Chronicle.
Check out part one of the Jim Roten 1956 Sacramento Autorama Show article.[/box_light] 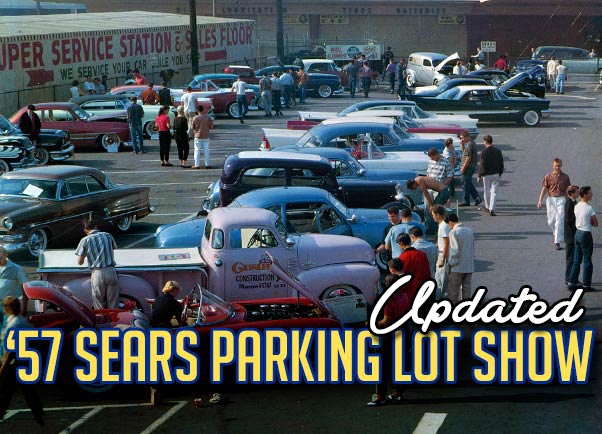 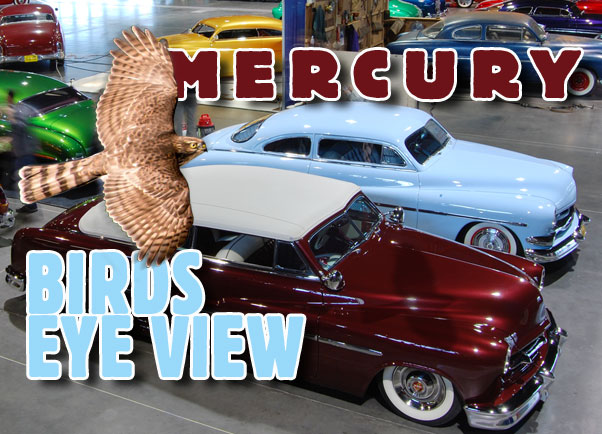 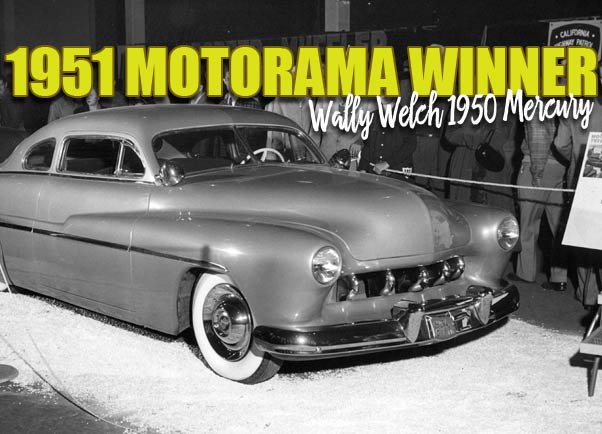