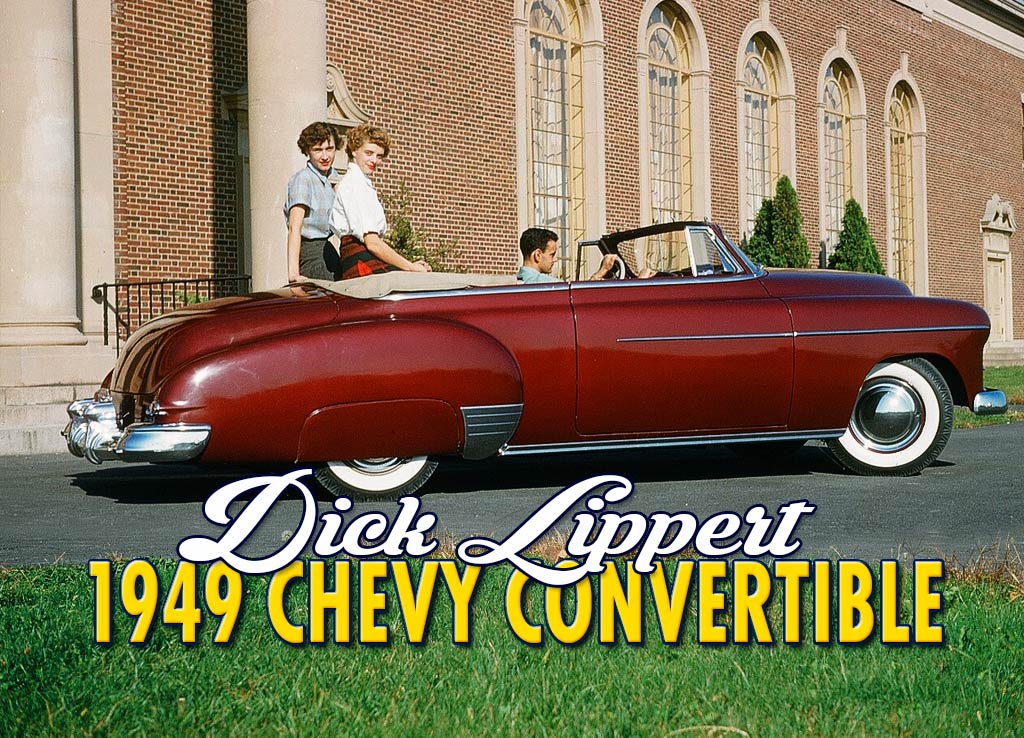 Dick Lippert from upstate New York customized his 1949 Chevy in his parents drive way in 1953.

I bought the car in the summer of 1951 while in the service and was putting almost 900 miles per week driving home on weekends and etc.
While in Korea I gave much thought to what I would do to the car when I got home. I was determined to chop my 1949 Chevy convertible upon my return to my home in 1953, in upstate New York, USA. I had to wait for good weather in the spring to be able to do all the work, which had to be done in my parents driveway.

I was just shy of my 23rd birthday when I started the customization of my car. I learned all I needed to know from reading Hot Rod magazine since 1948 plus all the car magazines that were available at the time. I purchased a Oxy Acetylene welding out fit and had a small assortment of hand tools

I studied the top mechanism for hours and made the decision to go ahead and chop the windshield and modify the soft top to fit. I chopped the windshield 2 1/2″, used a one piece 50 Oldsmobile convertible windshield and took it to a local glass shop. I told him they can do it in California! He said he was able to cut for me. While cutting, a crack developed but he was able to stop it. I paid $ 44.- for the windshield – I was only making $ 66 per week – 2/3rds of my pay check. So I was happy they were able to save it.

I had to make a few changes to let one bow drop down behind the back seat, when folded down. Had to cut down and weld the vent windows and send off for re chroming. I had a local auto upholstery shop sew up a new top fabric because a stock top fabric kit would not fit the lowered top structure and etc.

Other changes I made were, removed handles, nosed one piece hood, molded in rear fenders, decked trunk and frenched headlights. The stock tail lights were rotated 90 degrees with added wind-splits near the rear edge of rear fender/quarter panel inspired by the 49 Ford. I used 50 Olds bumpers front and rear with exhaust exiting the rear tips and shortened bumper guards on the front. Most parts used came from the scrap pile.

Later I added a ’49 Mercury grill surround, Chevy front fender sections switched right and left under the headlights, 1953 Chevy grill bar ( look what’s driving bye ) ’49 Mercury grille opening panel was welded to the Chevy hood and the ends to right and left modified. The hood bottom corners were radiused. I ended up working for the body shop that primed my car as I made progress and also painted it. The color was Burgundy Maroon, a stock 1949 Chevy color.

In 1954 I installed a 303 cubic inch Oldsmobile engine and drag raced it that summer. The weight of the Olds engine brought down the front of the car and helped with the nose up attitude. The car was at it’s best in the black and white photo I took in September 1955.

All of the colored pictures were taken in September of 1953 and as you can see at that time the car still had the stock grill. The only picture I have of my customized front end was taken in September 1955 and only in black and white. I cannot believe I didn’t take a color slide of it. I accidentally lost many pictures in the 60’s and it still hurts, even today. 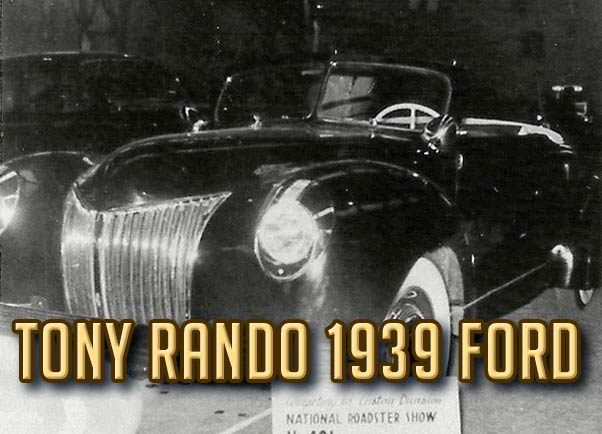 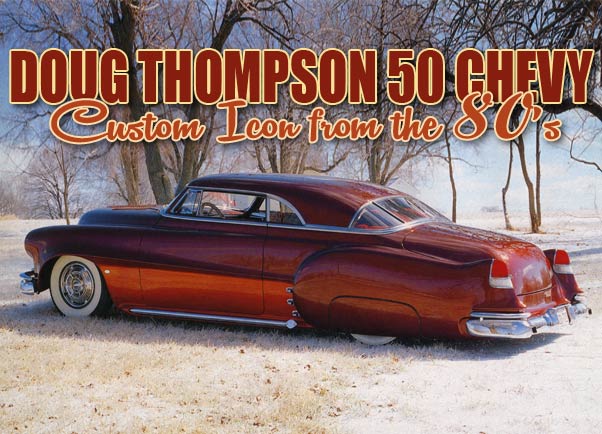 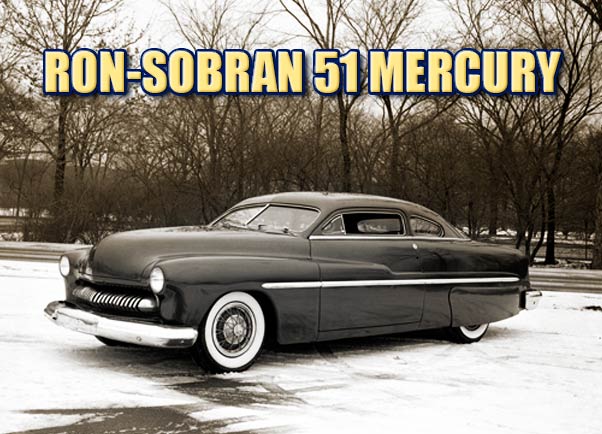