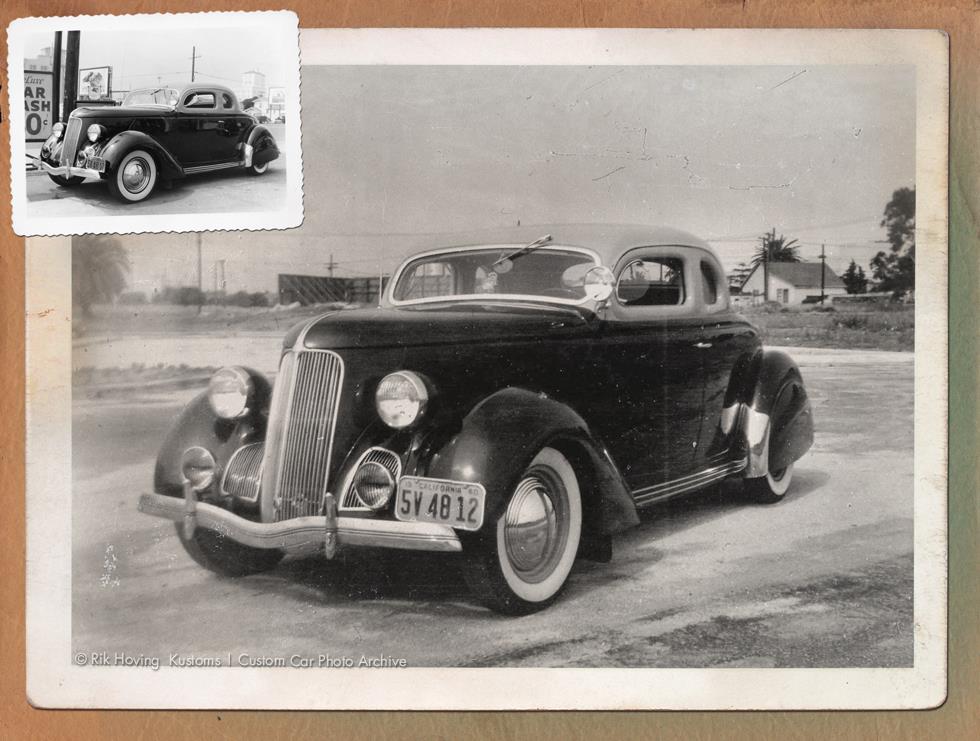 A special era for custom cars is the late 1930’s till the late 1940’s. In this particular period the custom car style was really developed which ultimately lead to the famous early 1950’s customizing style.

These early years produced inspirational wild and originally styled customs. There was a wonderful mix of coach build influences, combined with factory accessories, aftermarket parts and splendid streamlining. The 1936 Ford 5-window coupe shown above has been published before. The inset photo has appeared in many articles that Dean Batchelor was responsible for.

This car is extremely inspiring. It sits higher than we are used to nowadays. It even has a slightly less chop than what we mostly see these days and the single spotlight is also something that we are not used to anymore. But this car is just as good as they get. The styling is just perfect. The grille is one of the best on any 1936 Fords ever. And it looks like a simple narrowed unit until you start comparing. The top radius is larger than on a stock grille. Most likely the whole outer trim piece is hand made. The combination of the removed running boards and addition of trim pieces on the frame cover and rock shield on the rear fender is just so classy! The trim pieces on the frame covers might have been inspired by the 1939 LaSalle… or could it be the way around? 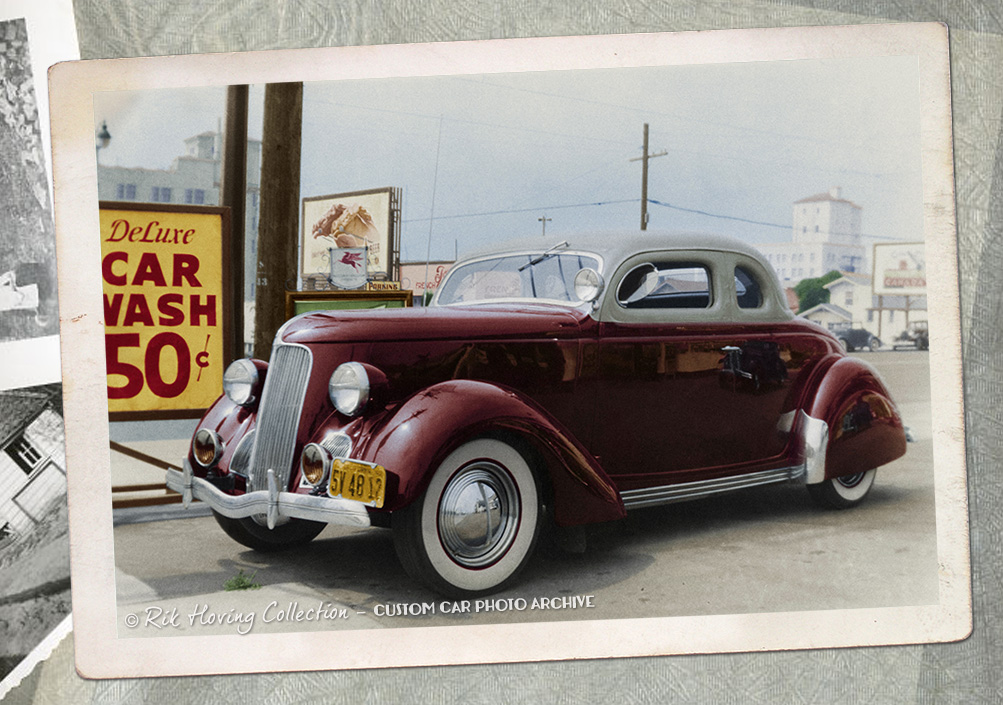 The colorized photo was taken in Santa Monica in 1941 and it has been described as being painted maroon with gray. We have a strong feel that the customizing on this car has been done (or at least partly) by George DuVall. George was working on many dress up items during the time this car was built. And the grille changes are something just up his alley. The large photo shown here was found on ebay and the new owner of the photos was happy to share it with the Custom Car Photo Archive. (thank you!) 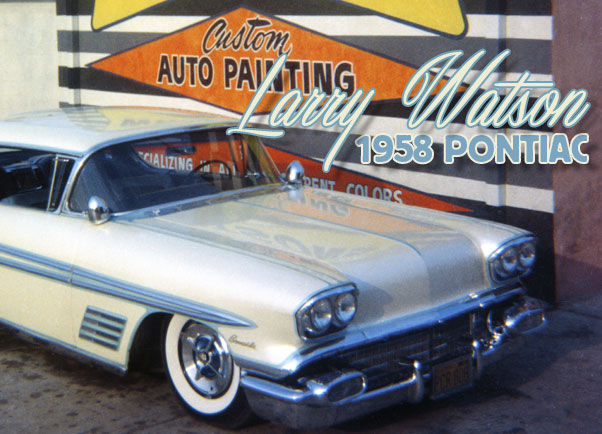 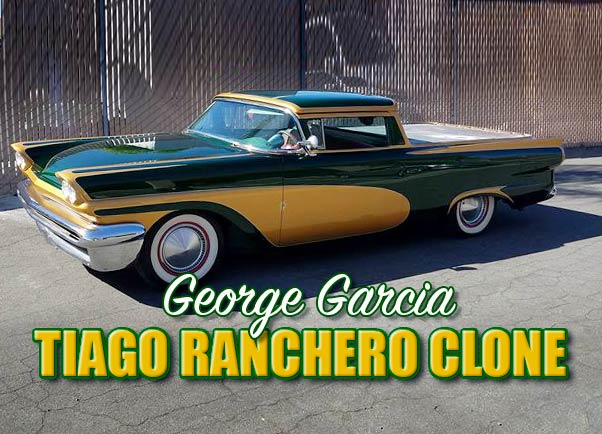 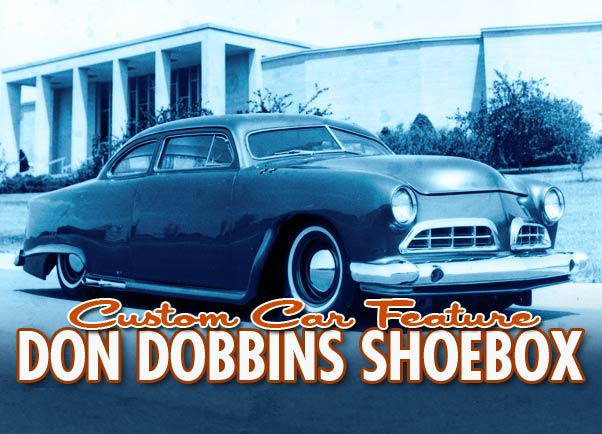 One thought on “’36 Ford in the Magnificent Thirties – Forties”