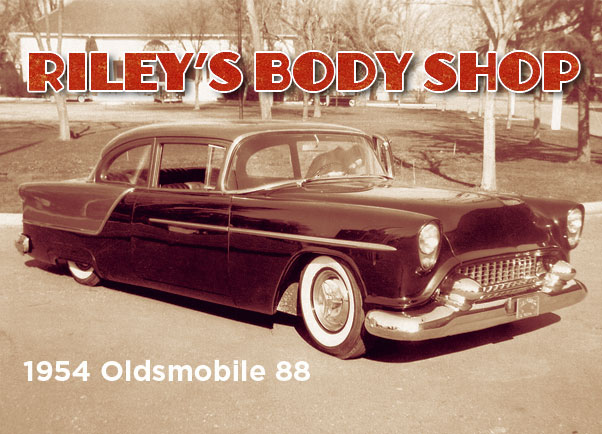 Riley Collins, had a body show in Chico California. Riley was a famous custom car builder, mostly in the Chico area, but he also created some customs that made it in the magazines.  His good friend, Jim Roten worked part-time with him in the shop. Jim was the designer of the team. And Riley the guy doing the actual metal work and paint. The Riley Collins Custom Car we are highlighting here is an 1954 Oldsmobile 88. It was originally built for John Vincent and later owned by Calvin Keeman. The car, classified as semi-custom, was subtile, but the team of Riley and Jim restyled it enough to make this car a show winner at many shows.

Riley smoothed the body, shaved the handles. At the front he installed 1953 Buick headlights and molded in the top grille bar. The bumper guards where removed and replaced with bullet units from a 1955 Cadillac. The opening was filled with a rectangular mesh chrome plated grille. In the later version some smaller bullets were added to it. At the rear the rear fenders were reshaped to accept 1954 Packard taillights. The back up lights were removed in the process as well. The car was painted maroon for the first edition. The lighter color on the top and above the side trim is unknown. In the later version the car was repainted in Candy Red. The photos below show to car in three different stages.
The photos were all taken by Jim Roten and come from his personal Collection. 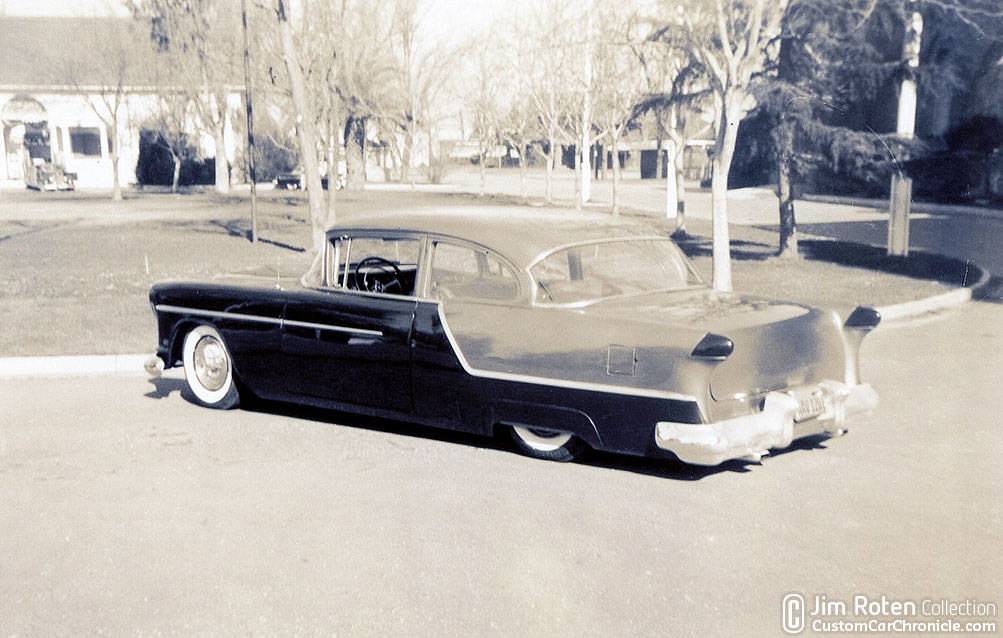 The 1954 Packard taillights make the rear of the Oldsmobile really interesting. 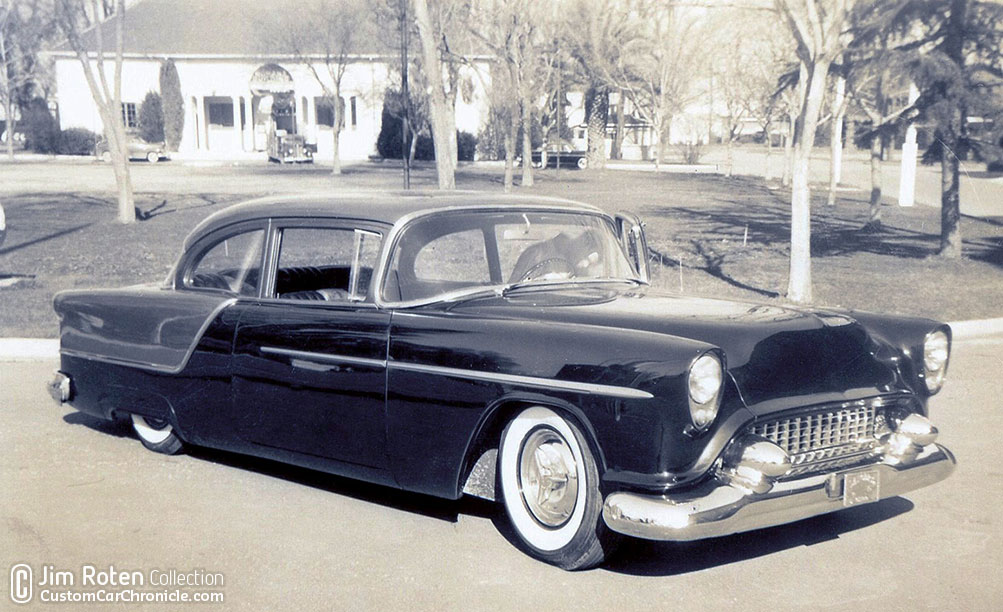 To get the car low the rear of the frame was z-ed. 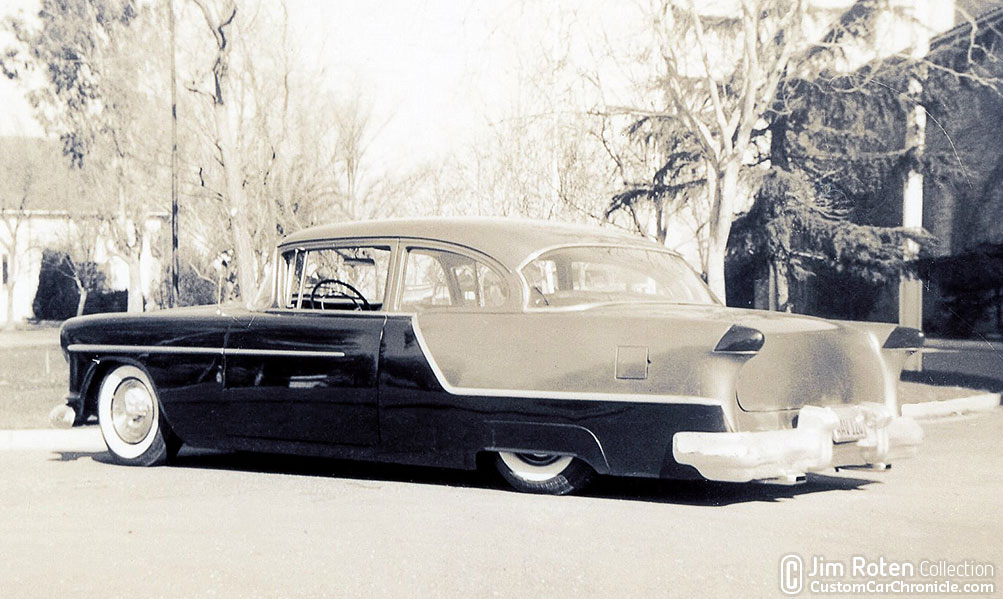 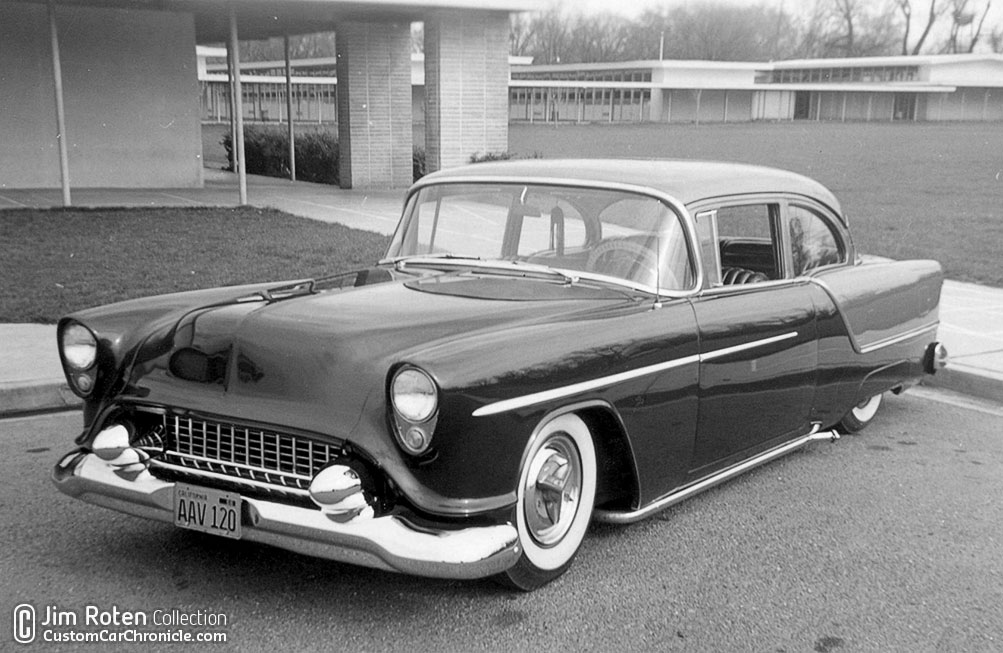 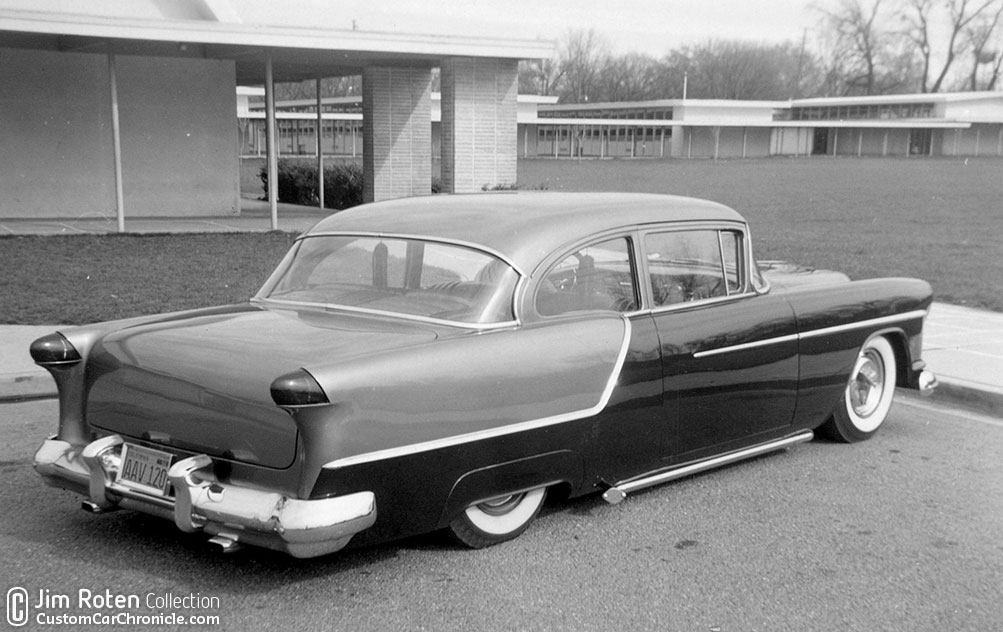 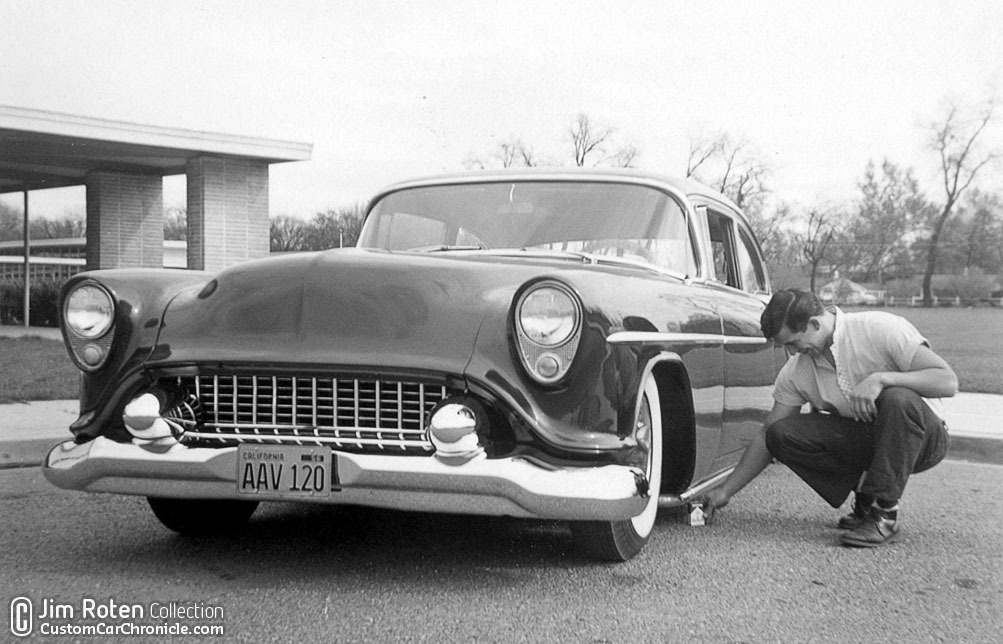 Owner demonstrates how low the car is, especially with the new lake pipes installed. This photo gives us a good look at the Buick headlights and how great they look on this Oldsmobile. 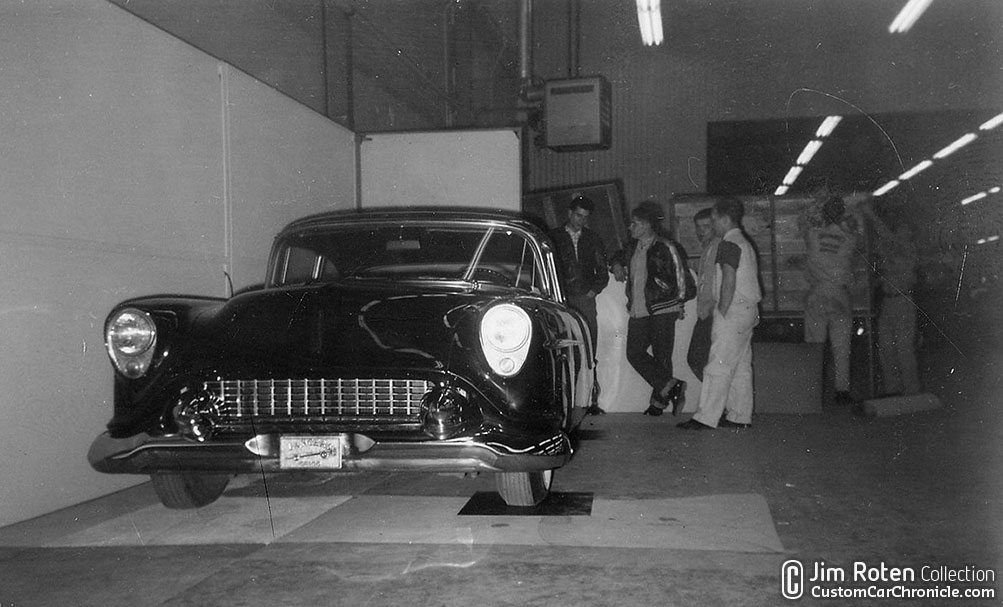 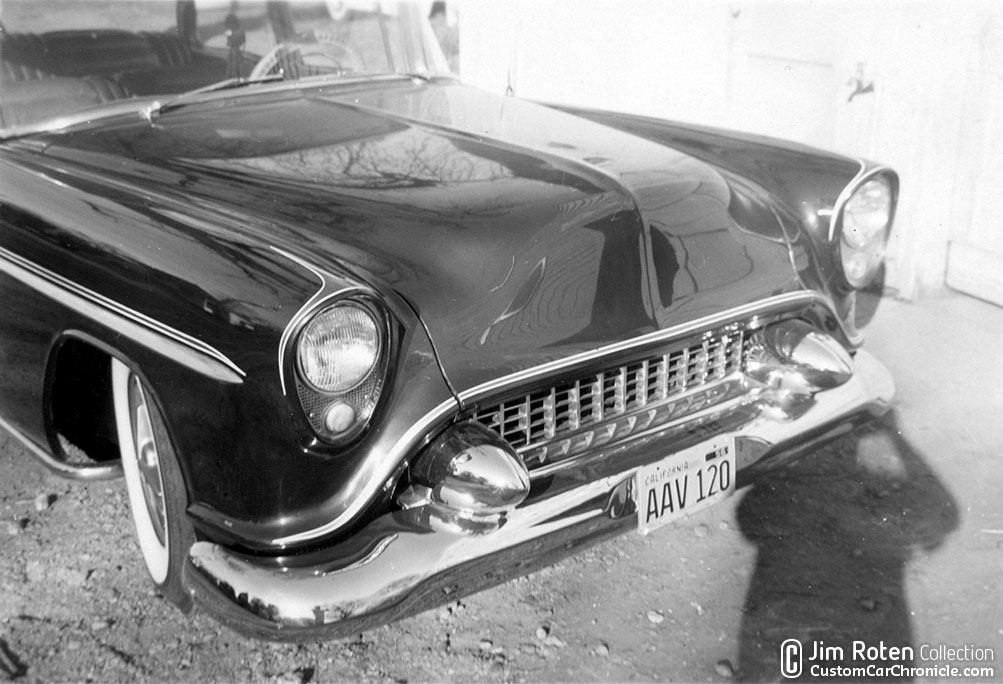 Some times later small scallops with bold white pin-striping was added to the car. 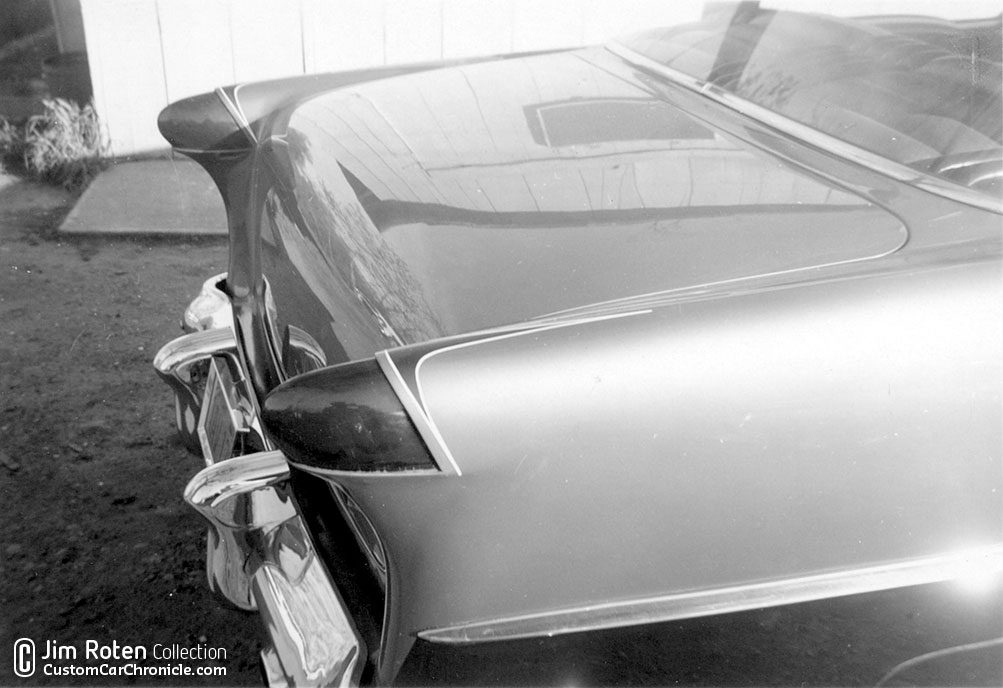 Subtile scallops on the top of the rear fenders. 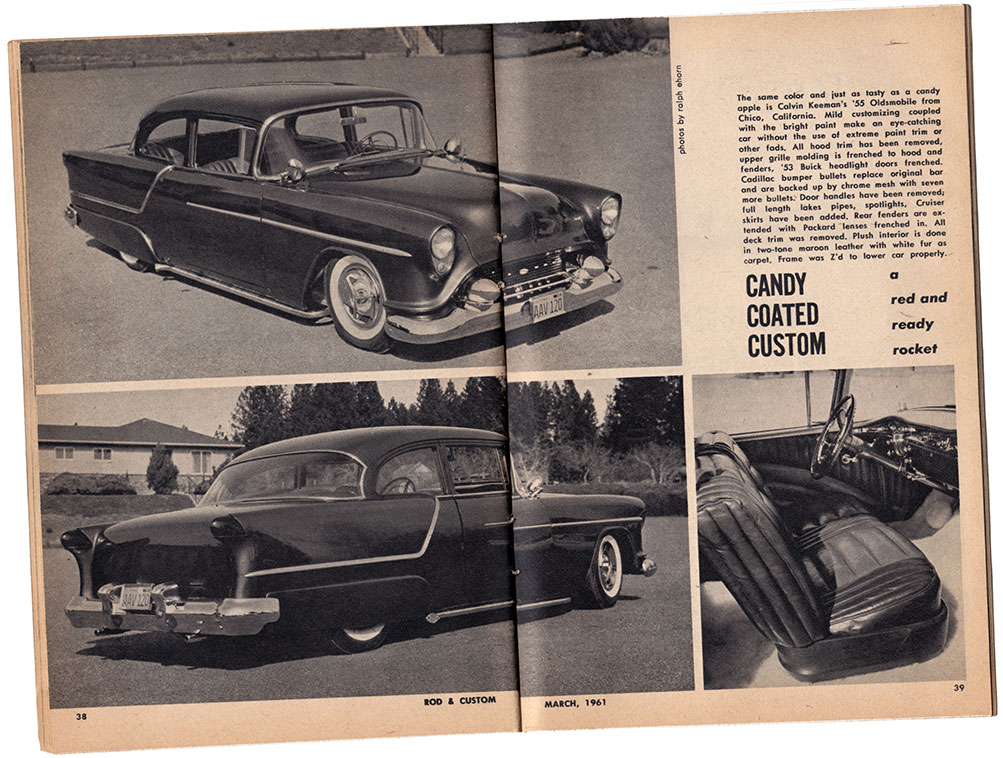 Rod & Custom Magazine featured the ’54 Oldsmobile in the March 1961 issue. By then the car was owned by Calvin Keeman. The car was now repainted in candy for the complete body. New for this version are the addition of Cruiser Skirts and the bullets on the mesh grille. 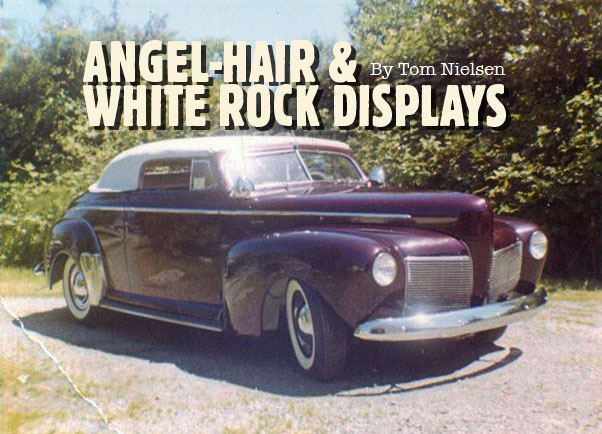 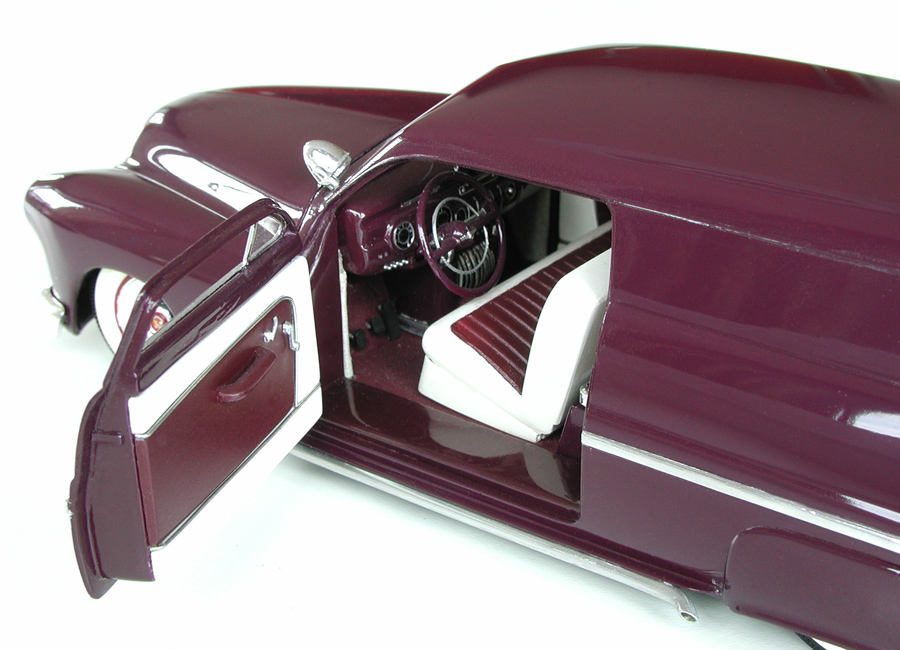 Building a 49 Mercury model in the eighties 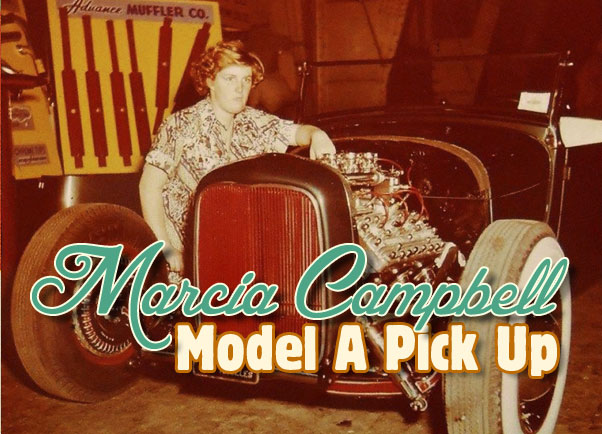