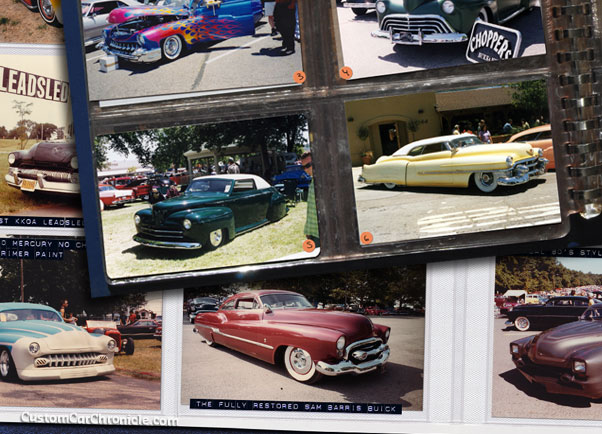 In our series on Custom Car Photo albums, we have arrived in the last two decades we are highlighting: the 1980’s and 1990’s. During these two era’s the amount of photos increased a lot. Many transparent plastic slide in binders and albums, were filled with loads of custom car memories.

The 1980’s
Plenty of photos from the 80’s are left to give future generations a good idea of how the custom car scene was back then. The photos where cheap, so everybody snapped away, and there where many custom car shows to attent, to fill the photo albums. In the 1980’s, the 50’s started to be relived again. The Kustom Kemps of America Leadsled Spectacular was born in 1981, and soon this show became both legendary and annual.

The Custom Cars gained popularity and the hobby grew. The photos in this decade were printed – unfortunately – without the glamorous white borders, we had seen in previous decades. But they are plentyfull. The albums were mostly plastic, with binders, and textured plastic pages. Each photo carefully placed behind its own plastic window, which will protect it for the future decades. 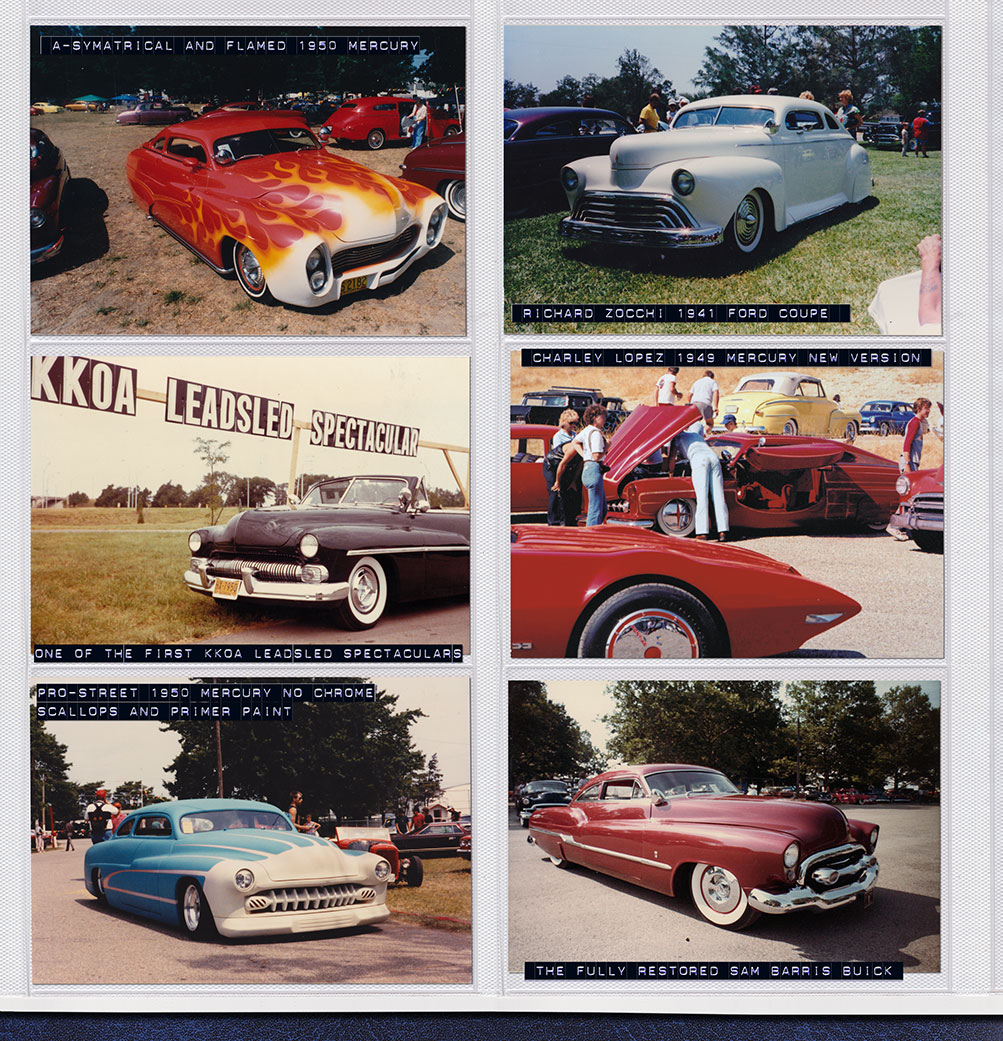 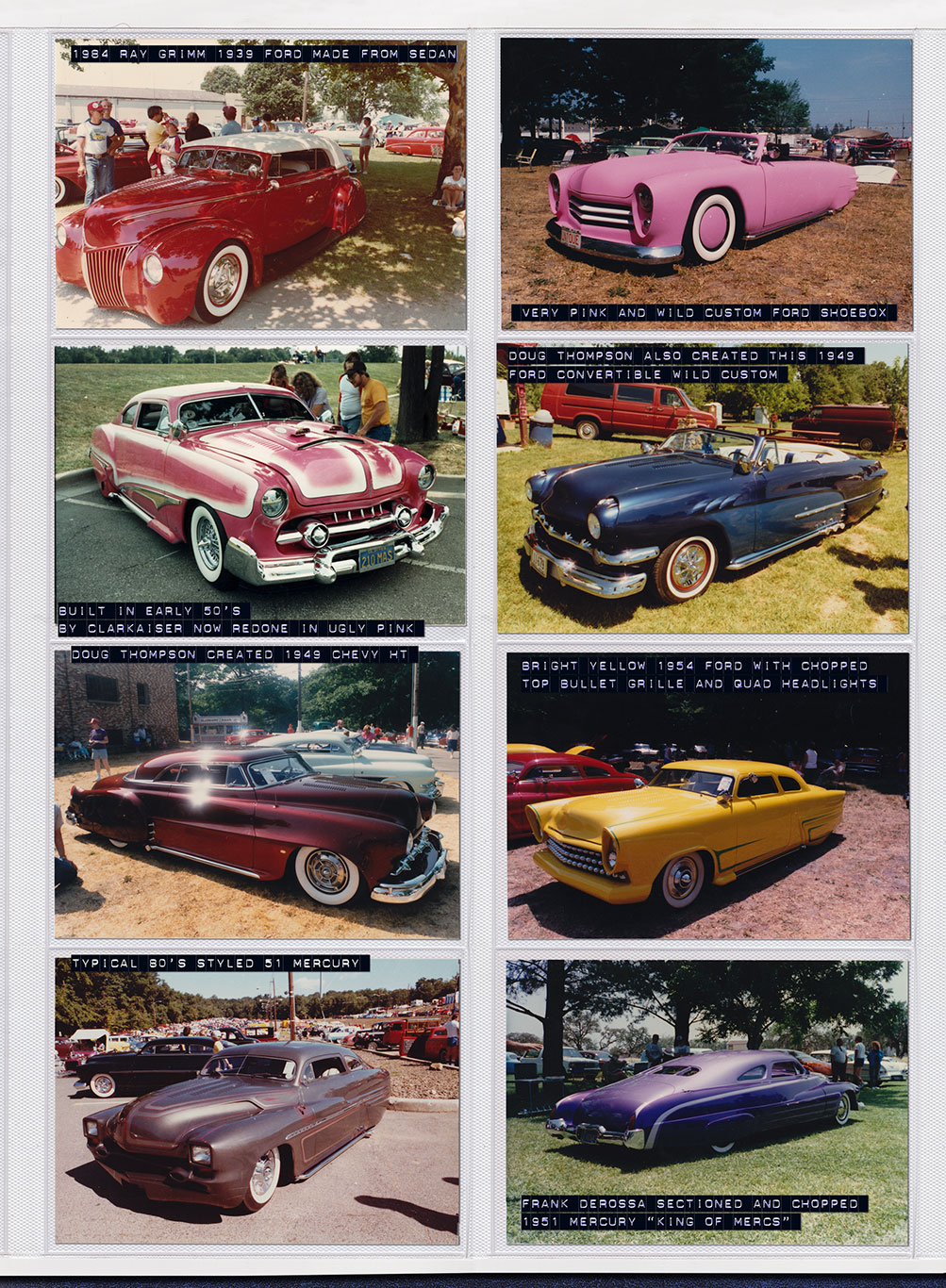 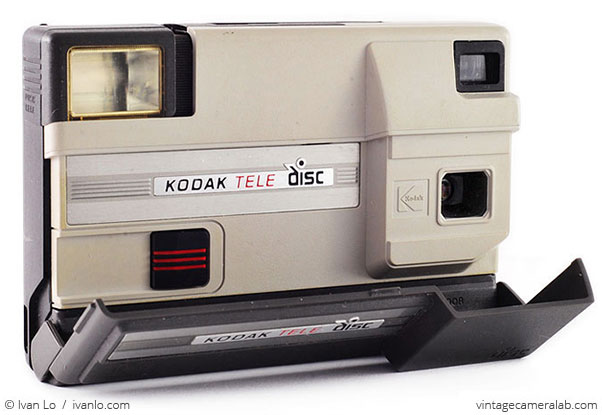 The 1990’s
In this decade photos were cheaper than ever before. Resulting in more photos that where taken, and saved. Just like in the previous decade, the albums were plastic, and mass produced. But now the clear pages showed up. Double-sided view was introduced, kind of ugly, but it worked, and the photos were well protected.
Custom cars where still propular, but the “flame” slowely started to fade a bit. The custom cars were refreshing and new techniques were used. Custom Car history made people hunt for old custom cars from the 40’s and 50’s, in order to restore them. 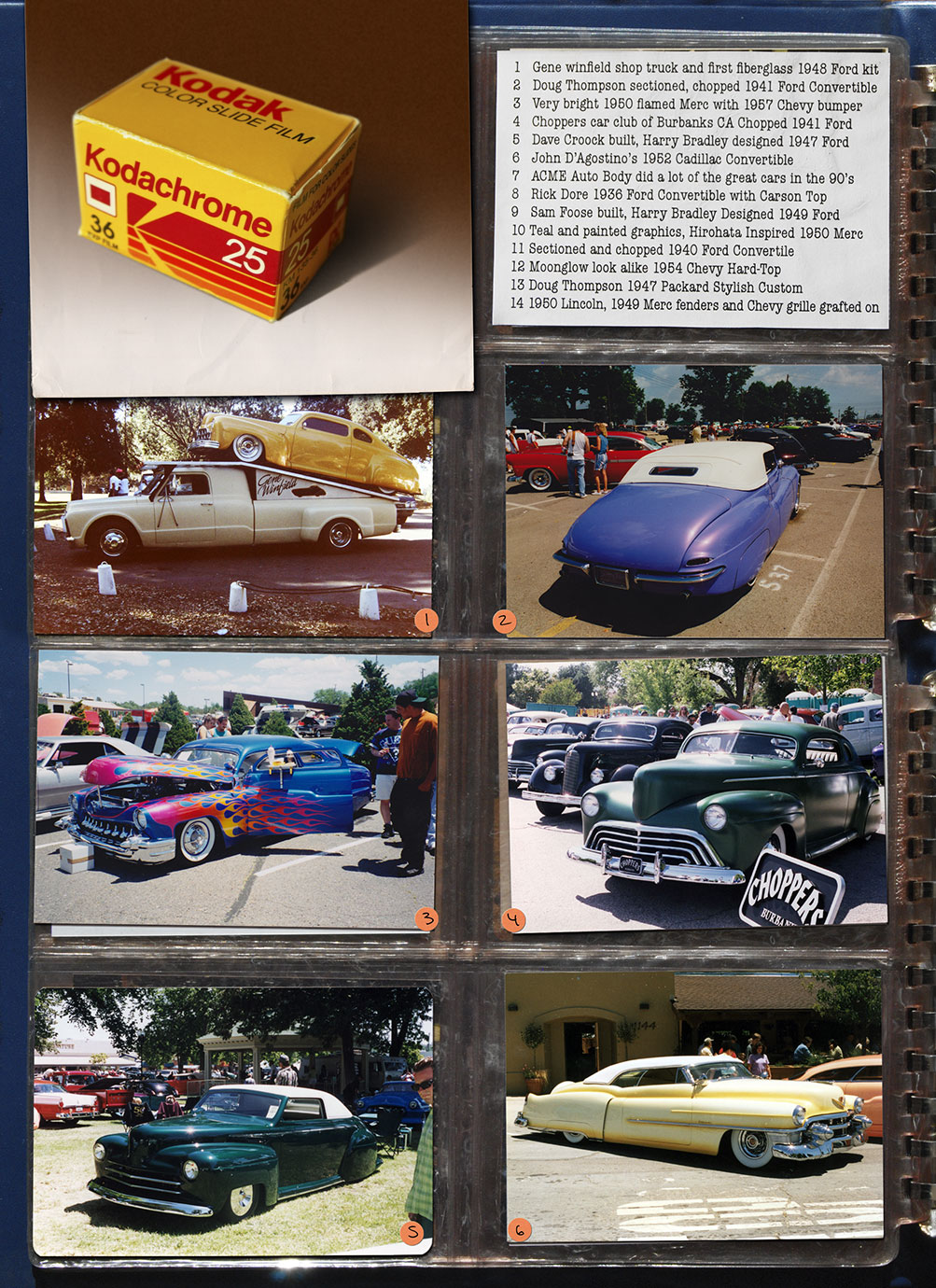 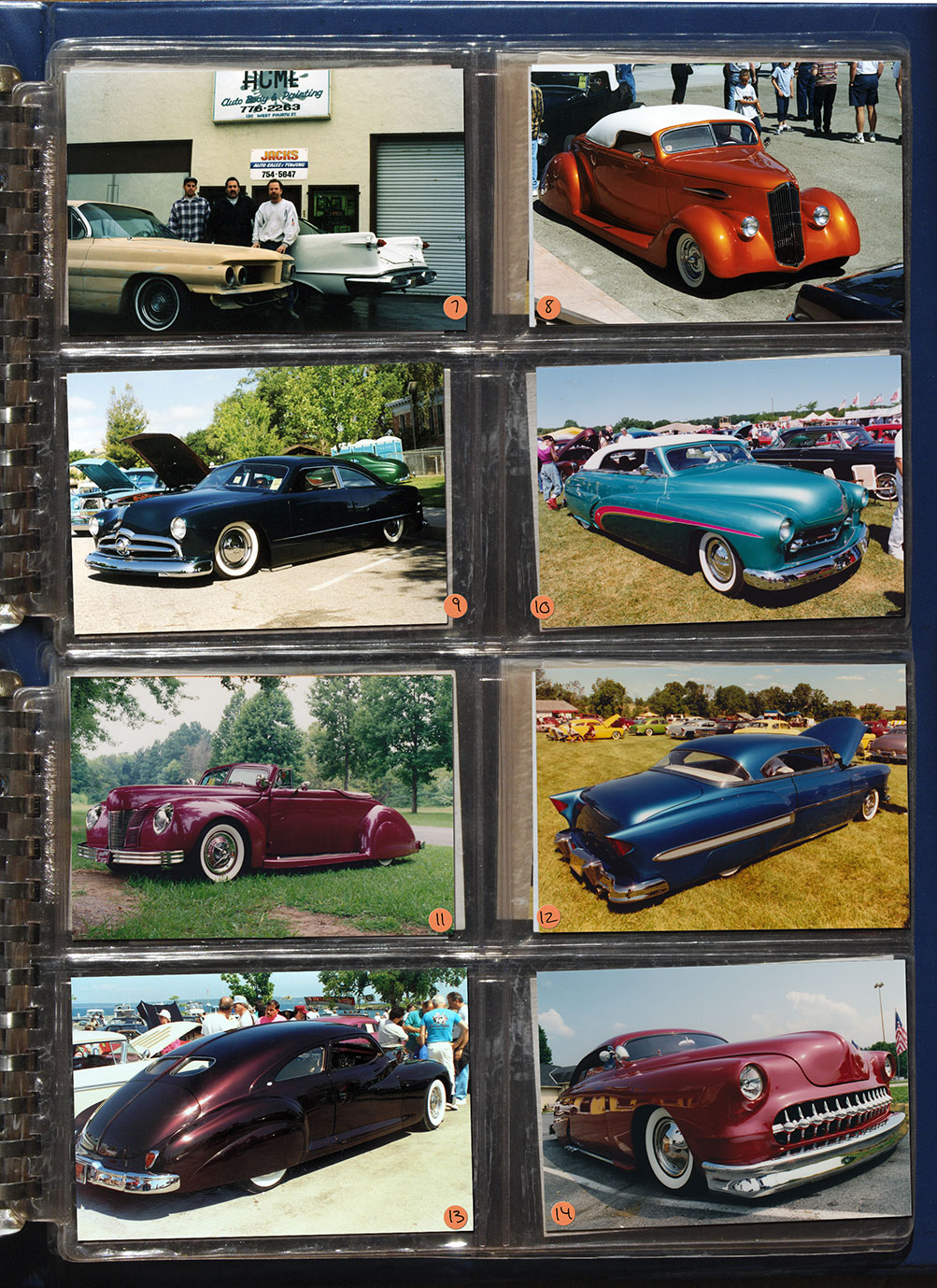 For these albums we used photos from the Paul Kelly, Ulf Christiansson, and Rik Hoving Collection. 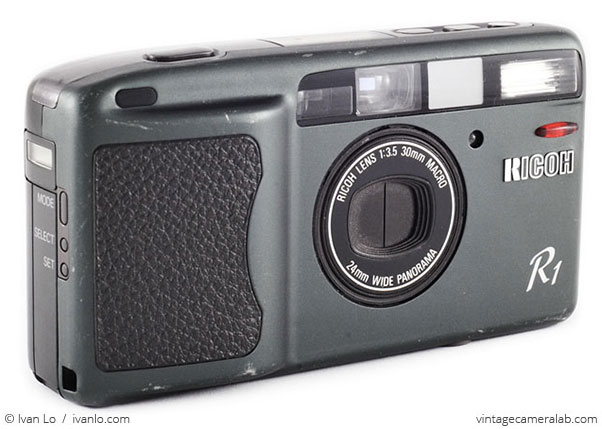 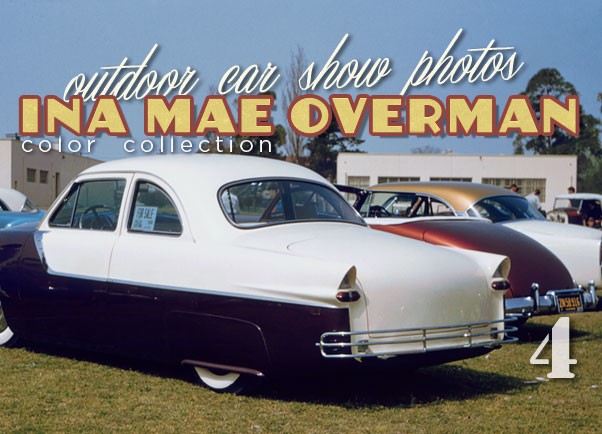 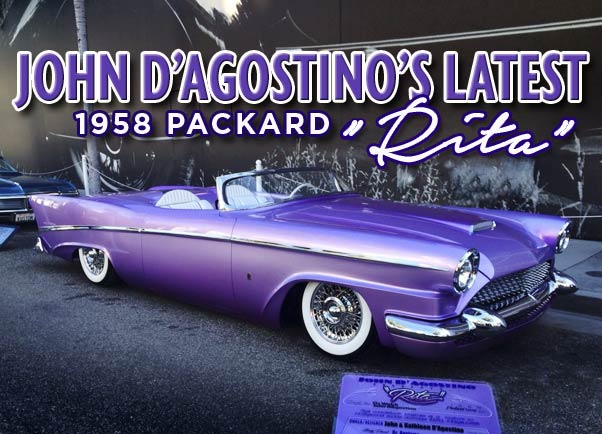 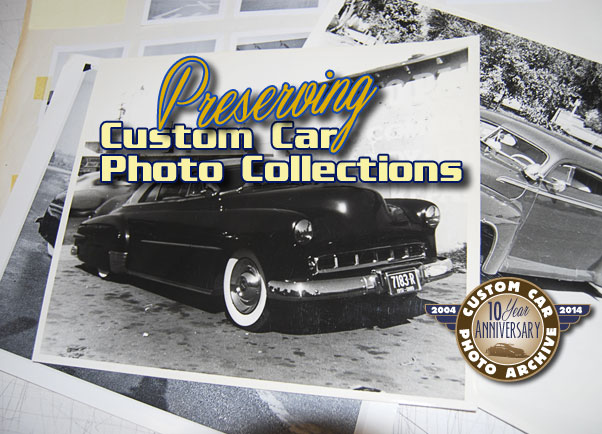