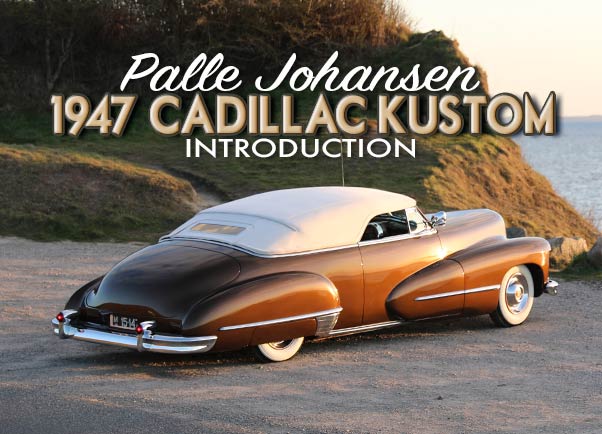 After many years in the works, Palle Johansens 1947 Cadillac Padded Topped Convertible Kustom is finally ready – enough – for its debut.

For the last few years Palle has been working on and off on his 1947 Cadillac Kustom. Adding all the details he has had in his mind for a long time. From the extended front fenders with home made brass side trim, the smoothed rear fenders, set in license plate, had made taillights set into 1949 Cadillac guards, to the beautiful styled dashboard with center mounted modified 1948 Cadillac Gauge panel. And not to forget the deep-dark-gold paint with added bronze powder, just as the masters in the 1940’s and 50’s used.

Palle’s goal with this Cadillac was to build the perfect 40’s Kustom, that could have been created in the late 1940’s. His main inspiration were the Custom Cars created by the Ayala’s, Barris and other So Cal builders from the late 1940’s. And especially the 1942 Cadillac Convertible Custom George Barris created for himself as personal driver. George used an older/cheaper ’42 model and updated it with ’47 fenders and bumpers. Barris had Bill Gaylord create the super long and perfectly shaped padded top. David Martinez recreated the top for Palle’s Cadillac in 2013.

This is an introduction article celebrating that Palle’s Cadillac has been finished enough for its debut at the Flatlands Motorama in Rosmalen, the Netherlands on April 6-7, 2019. Special thanks to the team of friends who have helped Palle to get the car finished in time for the show. We will go much more in depth on the car, all the details and how it was created at a later date. For now, lets enjoy some of the photos Palle took last weekend.

Stay tuned for articles on the Palle Johansen 1947 Kustom Padded Topped Cadillac in the near future. When we will share some more of the details, interior, dash, how it was created etc. But for now we hope you have enjoyed these debut photos. 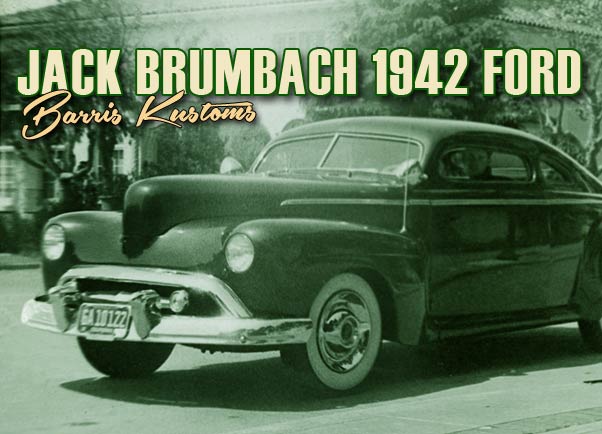 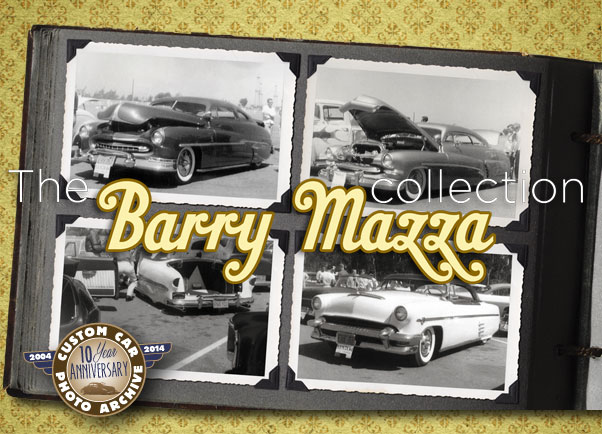 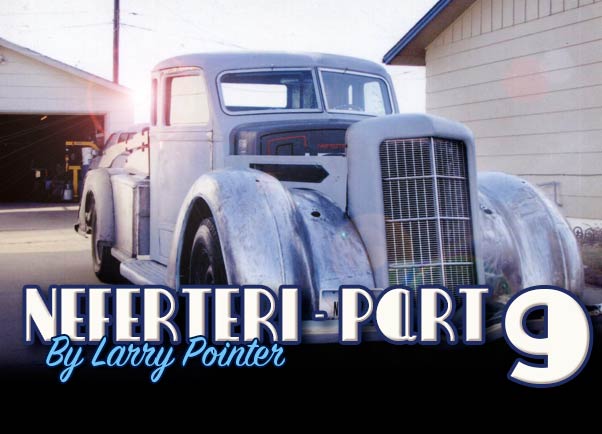