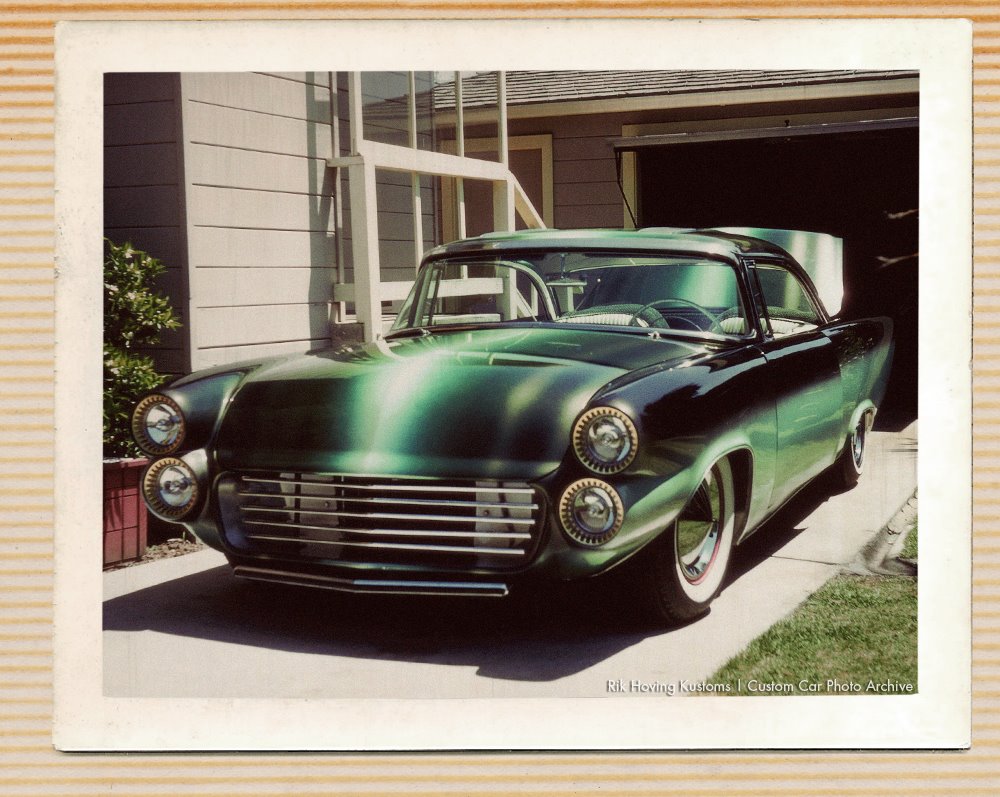 A favorite Gene Winfield Custom is the Jade Idol 1956 Mercury Gene built for Leroy Kemmerer from Castro Valley, Ca. This color photo of the first version of the car is an all time favorite. Even though the drivers door and trunk are open, the setting and the rich colors are just as perfect as they can get.

It’s not hard to image Leroy taking the photo of the car at his home garage after spending precious time prepping the car for just another car show. Leroy had $15,000 to spend and asked Gene to built him a custom car based on his two year old 1956 Mercury. He had seen so many great things coming out of Gene’s shop. So he was brave enough to let the design up to Gene. The car was sectioned 4 inches, and 1957 Chrysler New Yorker rear fenders where adapted to the sectioned body.

The front fenders where highly reshaped and a roll pan created. Gene crafted the quad headlights and used 1959 Chrysler toothed hubcap rings as the bezels for the headlights. A new grille opening was formed and stainless sheet shaped to fit inside it. A chrome tube grille was installed up front and also at the rear where a new opening was shaped from fender to fender. New taillights were shaped from red lucite. The bumpers front and rear are home made from sheet metal with an hand shaped aluminum rod inside which was covered with rubber material. This was far more sophisticated than the chrome nerve bars we see on many customs from this era.

The interior is custom built as well with a new padded dash including a TV and the instruments moved to the steering column hub. “Cocktail” style chairs where built and the front seats made so that they could swivel. They where upholstered in pearl white naugahide and green velvet. The paint job is one of Gene’s best ever fade paint jobs in multiple tones of candy and pearl greens over a pearl white and black base and some gold powered for extra sparkle.

The first version with the metal straps on the top, the 1957 Plymouth hubcaps on red wheels, and the paint job (as it can be seen in this photo) is outstanding. Later on a cross country trip in the car show season disaster stroke. The trailer on which the Jade Idol was transported flipped and the car landed on its roof destroying the top completely. Gene rebuilt the car with a new top, redid the paint job and a few other details. It was still very nice then, but was never again as perfect as the original version of the Jade Idol. 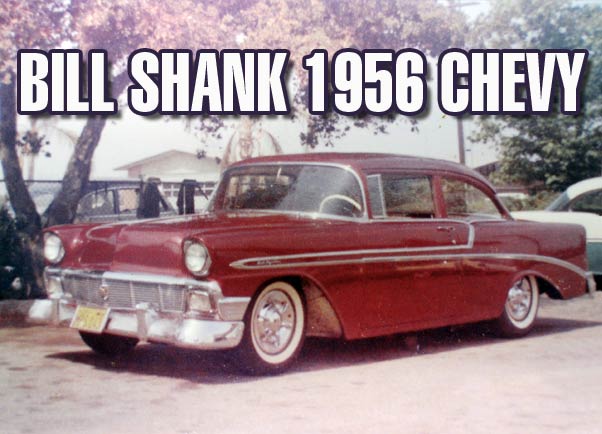 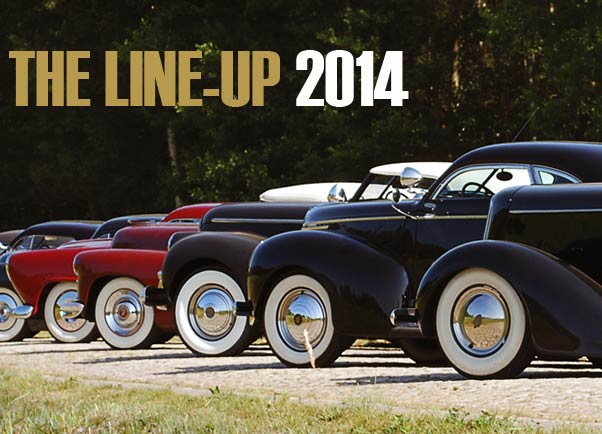 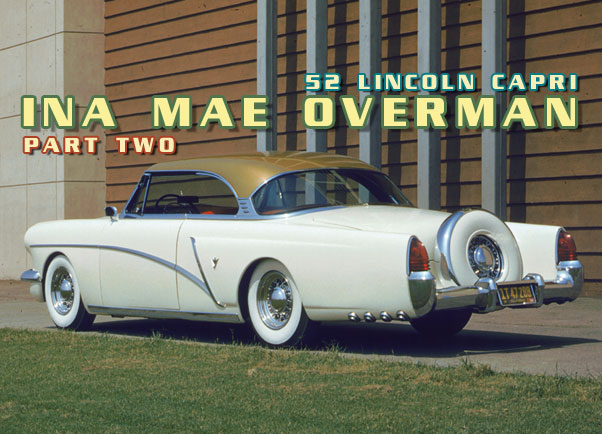 One thought on “The Jade Idol 1956 Mercury Gene”