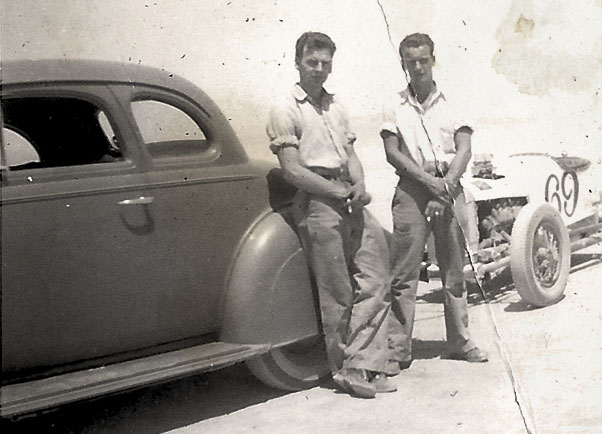 Bob Giovanine is not a name normally associated with Custom cars but in 1939-40 he owned a cool Chevy custom. As a member of the Albata club Bob is widely known for his exploits on the dry lakes in the 30s and 40s.

Post war Bob teamed up with club mate Chuck Spurgin to claim the 1948 S.C.T.A. points championship with a 1925 Chevy roadster, Hot Rod Magazine selected the roadster to appear on the March 1949 cover.
I will delve into this and other cars in future articles. 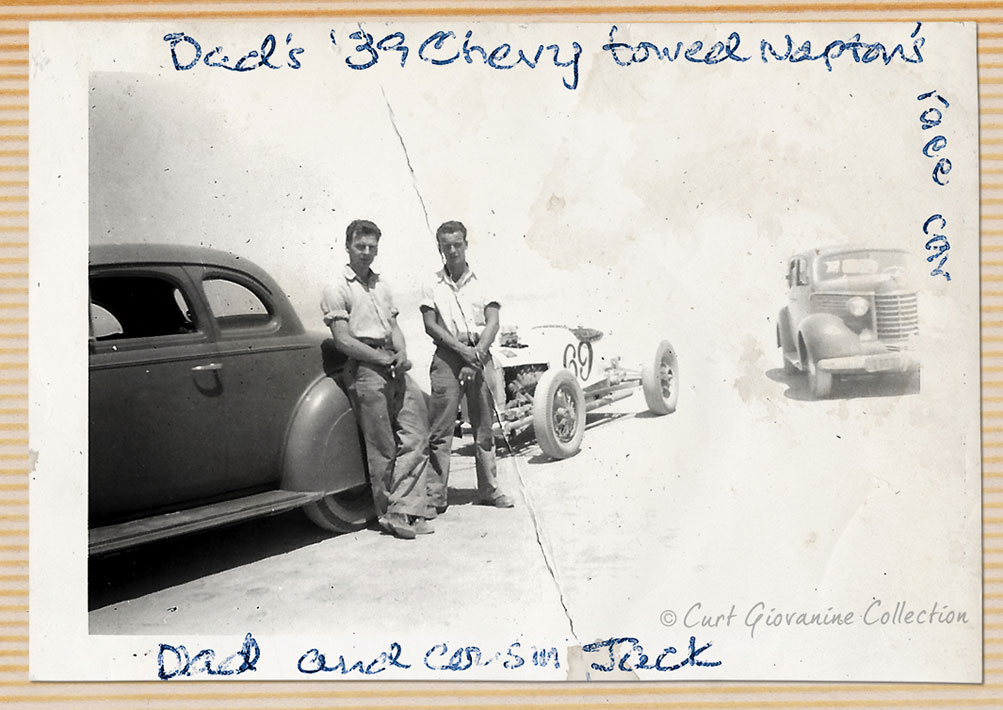 After leaving high school in 1937 Bob found employment at Vultee Aircraft & in 1939 he purchased a brand new 1939 Chevy Coupe. Like many Californian youth Bob customized his new ride with nosed hood, white wall tyres, baby moon caps & fender skirts. The license plate wasn’t recessed which one might have expected from the time period, this may have been left high as Bob towed his and other club members race cars out to Muroc & El Mirage. 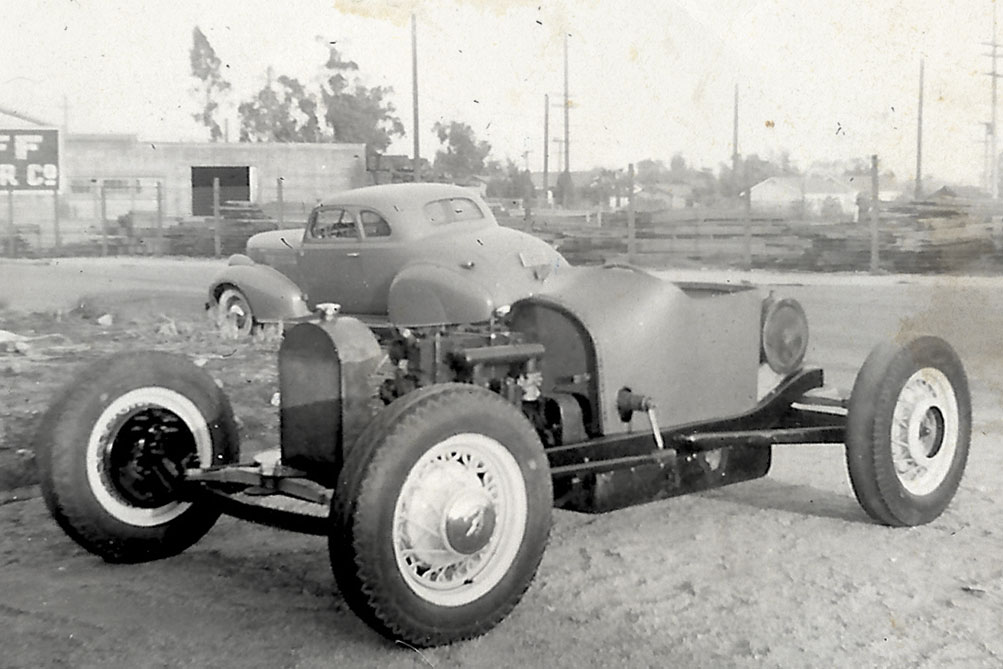 The interesting area of customizing is that of the front sheet metal, the top half of the grille was eliminated and filled with sheet metal (much like George Bistayne 1938 Ford convertible sedan). The new filler panels weren’t moulded to the hood but to the fenders. The headlights appear like they have been moulded also, the stock fender grilles were retained. 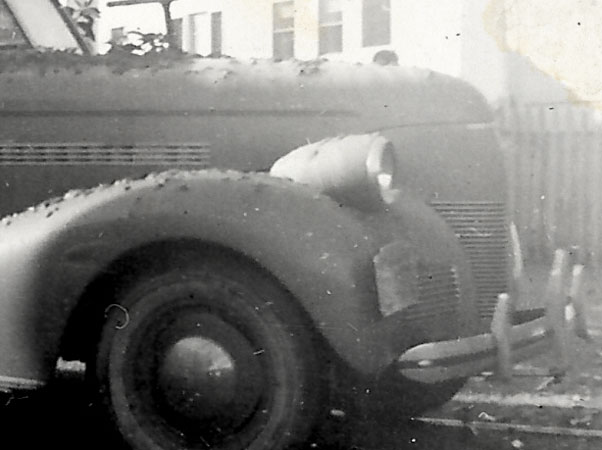 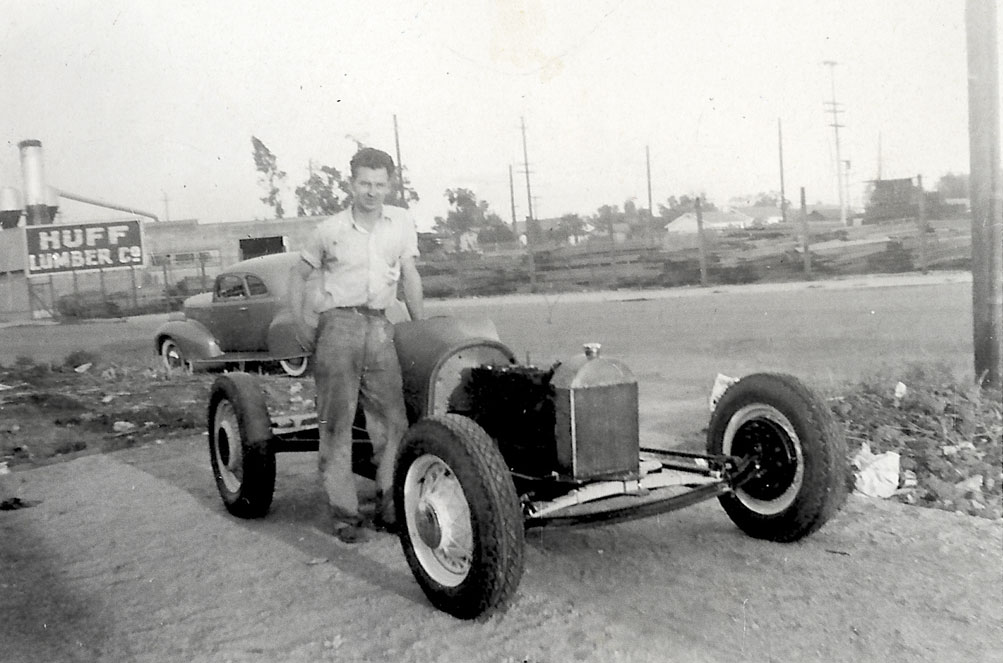 Unfortunately Bob was rear ended at the corner of Western & Florence by a drunk driver and as you can see from one of the photos did extensive damage. From what I understand the car was not repaired, a sad ending. 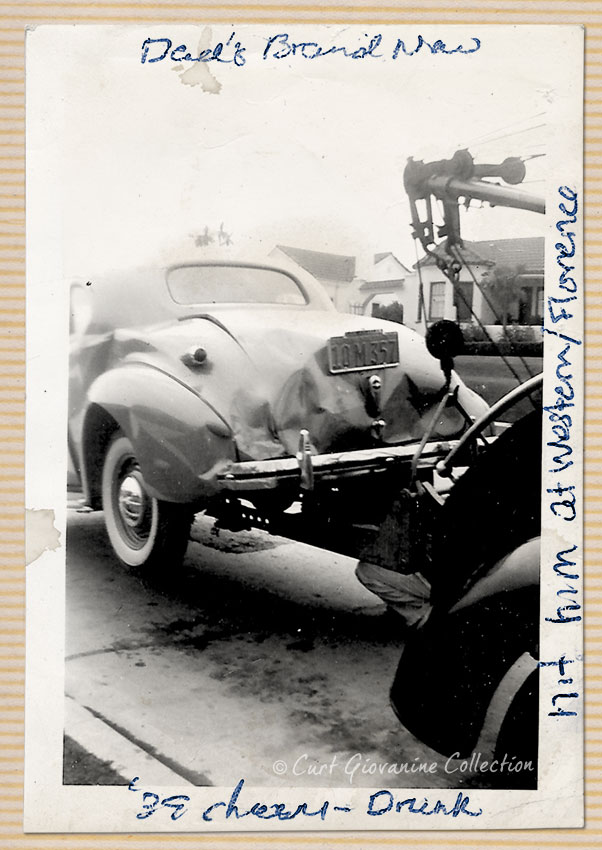 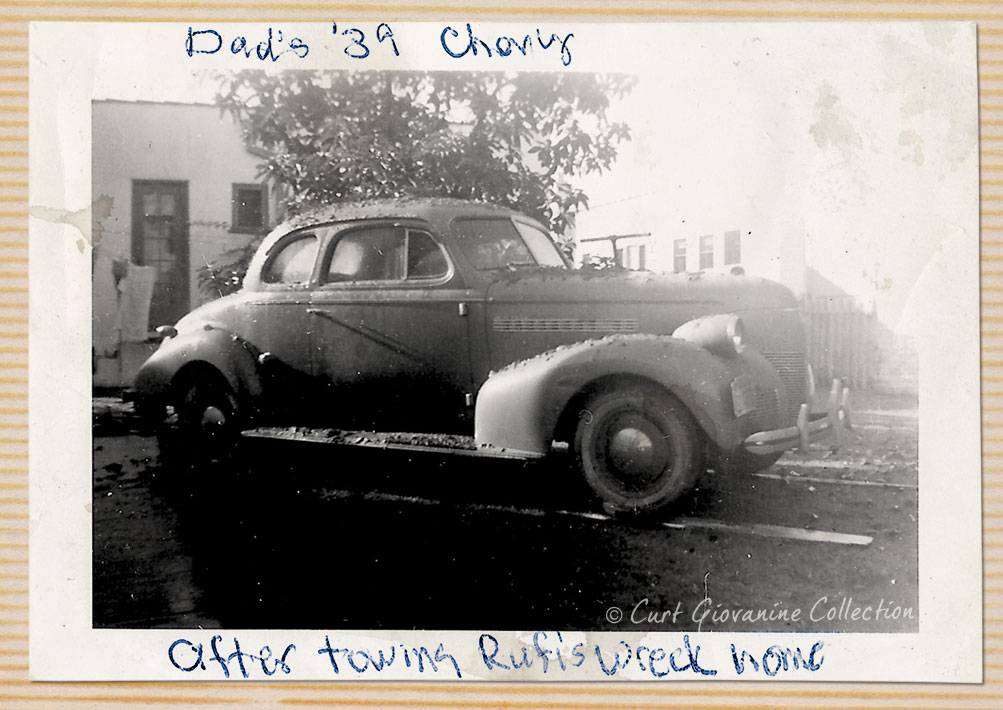 Who knows, had he not been rear ended Bob may have customized his Chevy coupe further. Bob’s custom Chevy is not famous like the So-Cal Plating’s ’35 Ford Phaeton but is a great example of what you would have seen on the streets of LA. The Chevy was present among many greats of early hot rodding, it had towed the Bob Knapton’s modified (later owned by Doug Caruthers & restored today as Chrisman #25 dragster). The Chevy also towed Bob Rufi’s streamliner wreck home in November 1940.

Jamie (aka Jimmy-B) is our Hot Rod contributor. He is a very passionated Hot Rod historian specializing in the early dry lake racers. Located in Australia he has become a living legend when it comes to identifying hot rods from old photo's and magazine articles. Jamie will be sharing some of his amazing material and knowledge on the site. 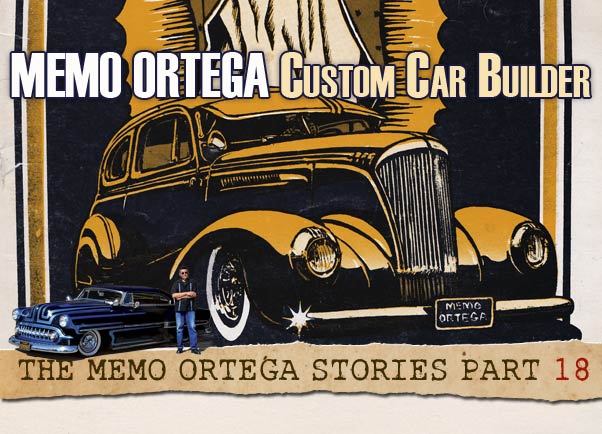 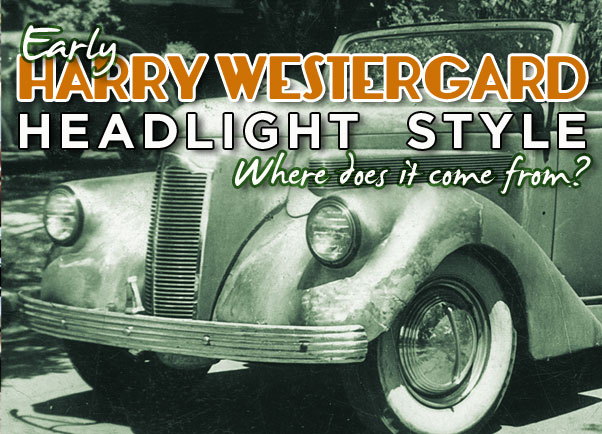