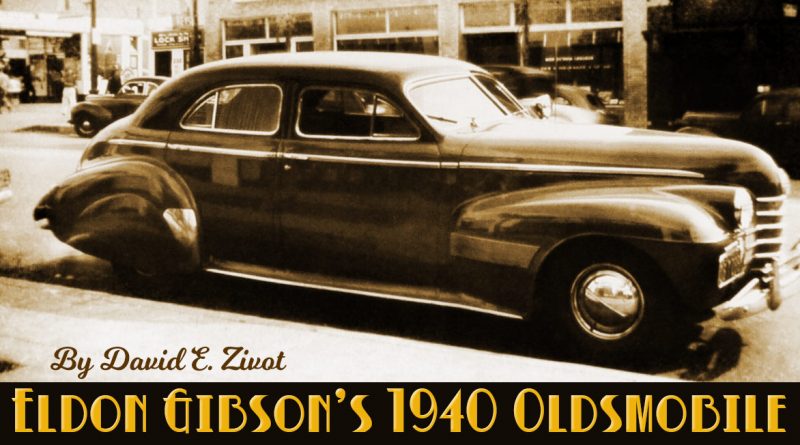 This is a most intriguing and nicely turned out custom. I first noticed it on an old Dean Batchelor California streets 1941-42 poster in my collection, as well as an early, in fact the very first issue of Rods & Customs from May 1953. Both featured fantastic photographs by Dean, a member in good standing of the “Throttle Stompers” out of Burbank. This 1940 Oldsmobile “C” body 4-door Torpedo parked languidly at the curb really stood out as a fine example of pre-War craftsmanship.

When invoking the term “pre-War”, I mean any and all tasteful restyles that were accomplished from let’s say 1935 to August 1945, when hostilities ceased. Not just those built or modified before February of 1942. I make this point as the nature and style of this modified Oldsmobile was not uncommon during the latter half of those ten years. Especially from 1940, when most major auto manufacturers were now providing some very smooth, well-proportioned, and shall I say streamlined examples.

Dodge and DeSoto convertibles for 1940, of course the ’40 Fords and Mercuries, ’41 Buick and Cadillac, ’41 Ford, ’42 Chevy, were popular, and suited for properly thought out restyling. Even some Zephyr and Continental models, also including some Packard and Nash, were also modified with good results. Restyling and modifying, although less common, and in some instances restricted during the War years, was still being pursued, particularly on the West Coast.

It is this specific ’40 Oldsmobile 90 series of Eldon Gibson’s that I find appealing. I don’t know for certain if Mr. Gibson purchased it new, or perhaps he was the second owner, that got it at a substantial discount, owing to the purported fire damage that may have affected the interior and roof area, prompting the subsequent cut top and other minor but esthetic modifications. It could also be highly probable that whatever fire damage occurred might have only affected the bargain price, leaving plenty of dough for Eldon to proceed with the remodel he always had in mind. He may have been an employee at Modern Motors in Glendale, where the Olds was sold new. Or perhaps a friend tipped him off as to the car’s availability and later arranged for the work to be done at the dealership body and paint dept. This is mostly conjecture, of course.

What remains is that this near new Oldsmobile “Custom Cruiser” (official GM nomenclature for this model) ended up in the hands of one or more very skilled body and fender men that had the expertise and eye for a symmetrical and properly proportioned cut down top. The car has what Rik Hoving rightly defines as “balance”. In addition the difficult to accomplish top, which has the A-pillar leaned back, rear sail panels also slightly leaned forward, and I’m betting mostly metal finished with the minimum use of lead. A nominal all around lowering is evident, partial shaving of the hood, center strip and mascot, leaving only the Olds coat-of-arms intact. There might be evidence of the drip rails having been shaved, although difficult to determine from the few and extremely poor photographs that are available for examination. The rear deck was shaved, as were the chrome wind splits from the top of the headlight nacelles, chrome or polished stainless rear fender gravel shields have replaced the molded rubber ones. These and the tear drop fender skirts (same as ’40 Buick) were actually available direct from the dealer, as were the deluxe front grille guard and single driver’s side Lorraine spot. Even the notorious “Hollywood Flipper” hubcaps were offered in some of the more progressive dealer accessory displays. When this car was done, there were no restrictions on white wall tires, yet Eldon wisely stayed with black walls. Lastly, the only other minor mod would be the removal of the OLDS lettering from the grille. One would presume that the diecast front license plate frame proclaimed: “Modern Motors Burbank”.

Most commentary on this Oldsmobile have averred that the paint scheme was a stock dark blue/medium blue two-tone. I once had a discussion with Neil Emory, whose notable restyled Dodge ragtop was also featured in the earlier mentioned Batchelor poster, about the Oldsmobile. He remembered the car while attending Burbank High, and definitely recalled a two-tone dark and medium green paint job. There was another fellow residing in the Glendale-Burbank area that told me some fifteen years ago that the car still existed, and that he laid eyes upon it at that time. He relayed that the current owner told him that he “will keep it forever, and don’t inquire if it’s for sale”. Be that as it may, Eldon Gibson’s pre-War custom Olds will forever remain on my short list of favorites. 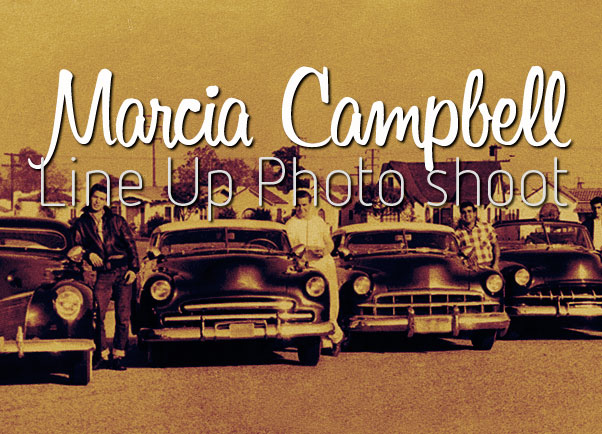 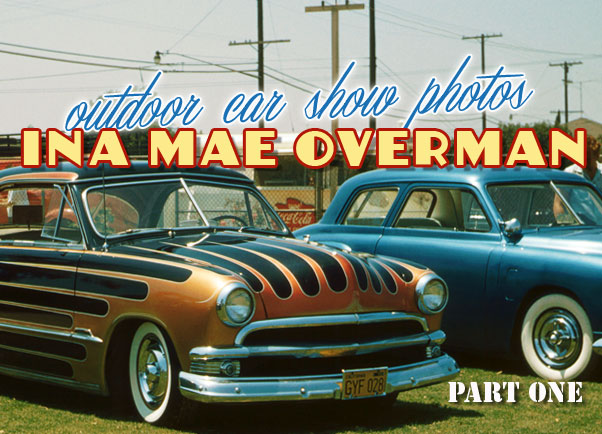 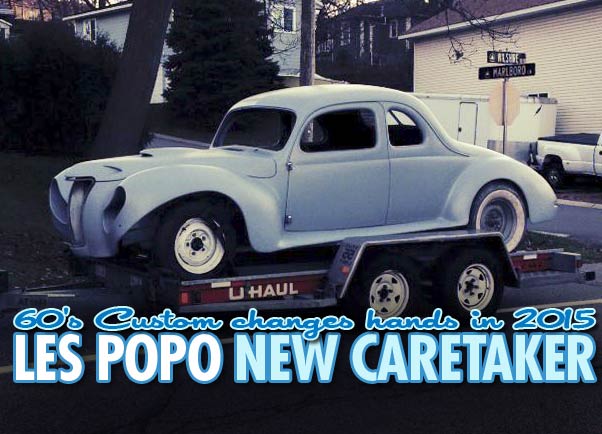