Every now and then you hear about a ‘body shop or body man, way back in the days’ that you haven’t heard about all that much. In October 2011 we were given a copy of Speed Age magazine from October 1949. And inside there was an article on a body man we’ve heard about only once or twice.

His name… ? Herbert “Bud” Unger. And despite the fact we’d never heard about Bud, we did know about one of the Custom Cars he created in the late 1940’s. The 1936 Ford Roadster for Ray Giovannoni which was featured in the November 1948 issue of Hot Rod magazine, Trend Book #102 Hot Rods. But in none of these magazines the name of the builder was mentioned. It was always assumed Ray was not only the owner but also the builder of this fantastic car. Bud Unger, another forgotten Custom Car legend put back on the map by the Custom Car Photo Archive. 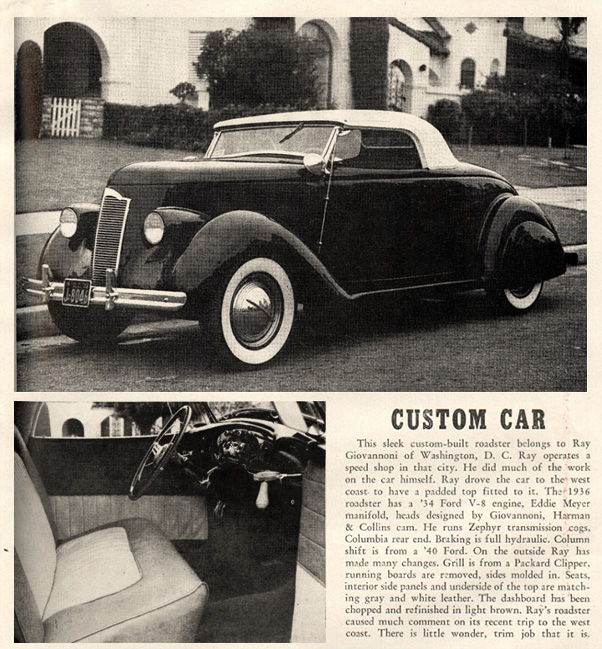 One thing that was noticed, was the wonderful styling of this 1936 Ford. Very much like the work of Harry Westergard or early Barris or at least something that could have come from California in the 1940’s. It had that typical – what we now know as – California look to it. But Ray Giovannoni was from Washington D.C. the East Coast.

Let’s take a step back, and take another look at the Speed Age magazine article on Bud Unger. The body man we’d never heard about and who has apparently created some amazing looking early Custom Cars. The article takes two and a half pages (a full spread and a half page) which is quite a lot for the time. And the full spread is wonderfully laid out with partially cut out photos of some of the Custom Cars Bud had created. Now we would say that it is unfortunately these cars where positioned partly on top of each other hiding some nice details. But back in 1949 this was really state of the art. 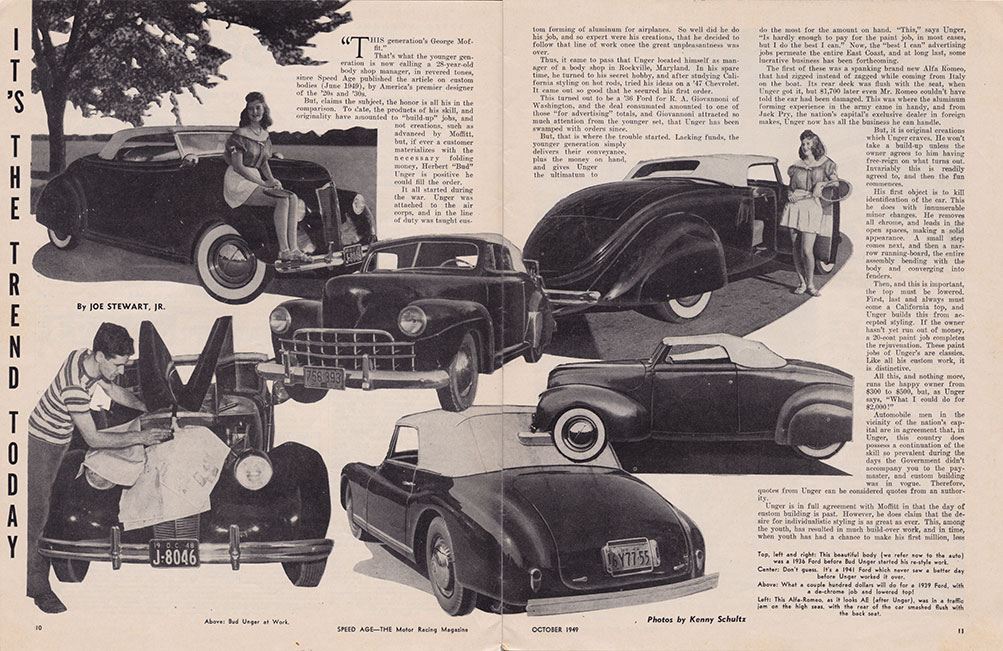 Bud Unger was from Rockville Maryland and he learned how to shape metal in the Air Force forming aluminum for the airplanes. The techniques he learned there came in handy when he opened his own body shop. The regular repair work was done during the day, but in the slow and after office hours he would work on his secret hobby of Hot Rods and Custom Cars. The magazine mentioned he had studied California styling on Hot Rods. But it does not tell if Bud actually went to California to study the cars in person, or used magazines books or photos to do so. I guess he must have visited California, since there just was not much about these cars back then. He also made a statement that he would not work on any cars newer than 1948. He claimed: “The lines are not there”

In any event his first car was his very own 1947 Chevy – unfortunately there are no photos. It turned out so well, he soon would have his first customer who wanted him to do his custom work on his car. This first customer happened to be Ray A. Giovannoni with his 1936 Ford Roadster. Bud chopped the windshield, made a custom grille surround to fit the Packard grille and added a set of 1939 Buick headlights which where much longer and more streamlined than the stock Ford headlights. This gave a whole new appearance to the front of the 1936 Ford. 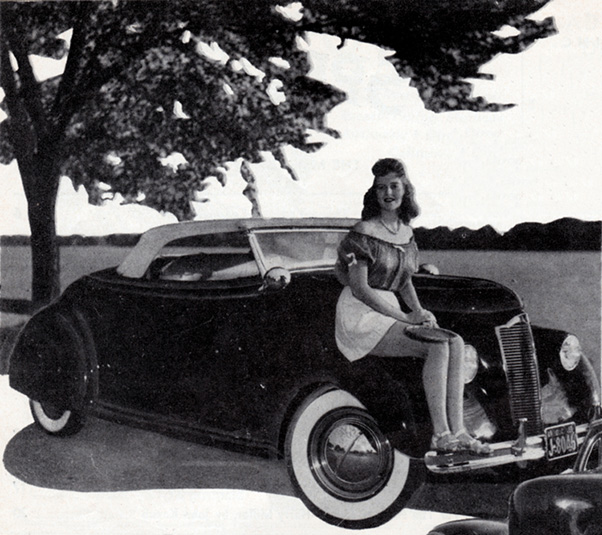 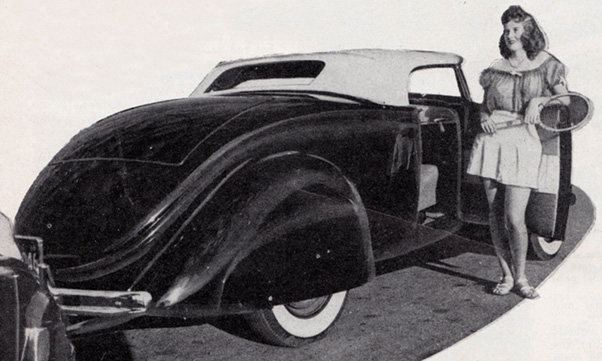 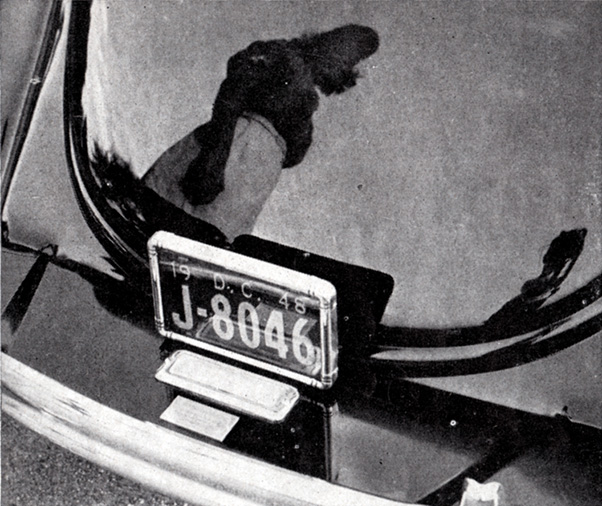 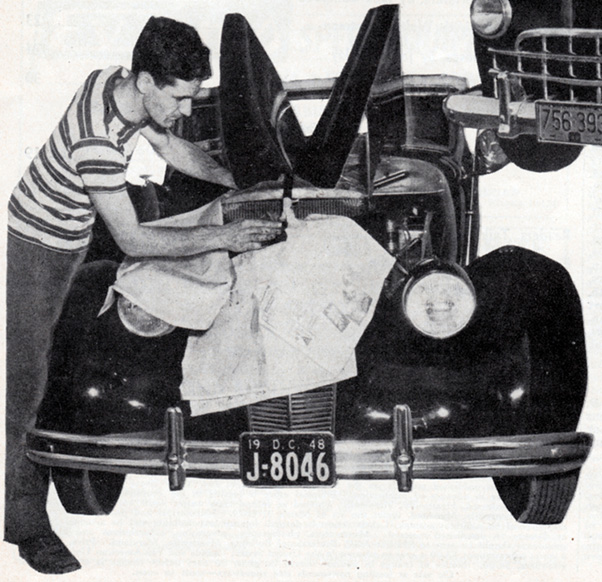 He removed the door handles and the running boards to replace them with smooth units about half the width of the originals. To fill the gap bog front and rear fenders where extended down. 1941 Ford bumpers where used front and rare, and at the rear Bud create a splash pan from the body to the new bumper. On that he would mount the chrome license plate frame with the plate set behind glass. On the splash pan he installed a white light to illuminate the plate at night.

The 1948 Hot Rod article mentioned that Ray drove his car to California to have his padded to made there. And in the Speed Age photo it looks like Ray’s 36 Ford has a soft top. Perhaps the photos where taken before his California trip when he had the padded top made. And Bud or a local upholstery guy made a soft top to fit the chopped windshield.

Another car featured in this Speed Age article is a really great looking 1941 Ford Convertible. Again a great sample of an California’s styled Custom on the East Coast. Bud installed a 1948 Cadillac grill in a modified front of this car. But he left the headlights stock. The hood was welded solid and a new pieces of metal was shaped to fit where the stock center grille used to be. The side trim and fender trim was removed for a much cleaner look. The windshield was chopped, but only mildly, and it looks to have a padded top. But since there is only one photo showing this car its a bit hard to tell. Black wall tires, Hollywood Single Bar flipper hubcaps and a stainless steel rear fender rock shield are finish up the California look on this car. The magazine did not mention an owners name. 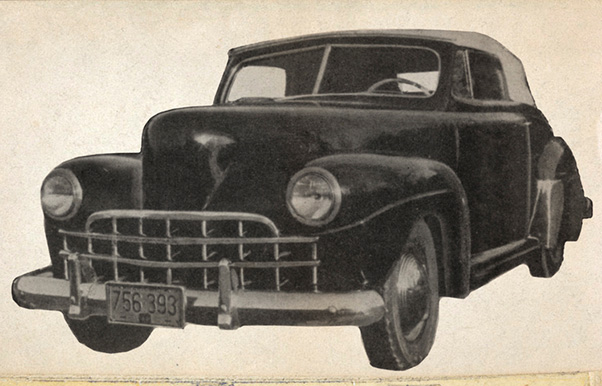 The last custom car shown in this article is a very clean, and again California styled custom, based on a 1939 Ford Convertible. Bud removed the winning boards and added a custom made panel to hide the frame where the running boards used to be. Both front and rear fenders needed to to be extend to fill the holes where the running boards where mounted to them. Bud chopped the top and made a soft top to fit the new windshield. The side trim was removed and he installed 1948 Lincoln pushbuttons on the door. This time Bud used white wall tires and Flipper hubcaps. Unfortunately no name was given. Unfortunately also one photo of this car appears in the article. And I have not been able to find any additional photos of this car, nor the 1941 Ford.

The last car in the article is an Alfa Romeo which was damaged on the boat on the way to the US. The whole rear deck was gone, and Bud recreated it from scratch.