A MAGAZINE MADE WITH PASSION AND KNOWLEDGE

In March 2004 Luke Karosi from Ashford, Connecticut debuted with the first issue of Kustoms Illustrated. Luke had chosen to give his new all custom car magazine an old vibe by using the same small magazine size as that was used back in the 1950’s. Kustom Illustrated concentrates on the Custom Cars from the 1940’s till present day

Kustom Illustrated is on-topic, it’s strictly car and occasional model cars. It’s filled with well written stories and images. There are very little tattoos and models (okay…sometimes there are some girlfriends next to a photographed car and sometimes they have tattoos). Luke became interested in custom cars when he was only ten years old. His older brother had bought a huge stack of old Hot Rod, R&C, Custom Rodder and other magazines home in 1978. Luke spend weeks, month even reading all those magazines cover to cover, absorbing all he could. He knew he was stuck for live to custom cars.

Before starting his own Kustoms Illustrated magazine he “practiced” as a free lance writer and photographer for independent magazines like Rolls & Pleats and Mag-neto. At first Luke had a full time job and worked on Kustoms Illustrated magazine in his spare time. Especially the first couple of issues were hard, since this was all new to him. But after a while Luke was starting to generate a work flow and each issue became easier to produce.

A few years ago Luke moved from Connecticut to California where he now works on the magazine part time. His new Californian location allows him to visit all the major West Coast car shows and custom builders which all get a fair share in his now world wide known magazine. While at the same time he maintains close contacts with his friends and free lance photographers and writers back East, to ensure cross country coverage of whats going on in custom car world.
One of Luke’s ambitions is to have people in forty or so years still have their collection of Kustoms Illustrated magazines and hang on and love it they same way as he cherish his collection of early Hop Up, Rod & Customs, Custom Cars, etc magazines.

Kustoms Illustrated has become the standard full custom car magazine for the world. It is not only shipped to all corners of the world, there are also contributors working for the magazines from many other countries than just the US. As we write this Luke has just finished issue # 37 of Kustoms Illustrated, a number of issues he did not even dare dreaming about when he first started.

The CC-Chronicle office is here for all your questions. Got a question? Mail us at: office@customcarchronicle.com

Q and A: the Jack Stewart Ford Book, 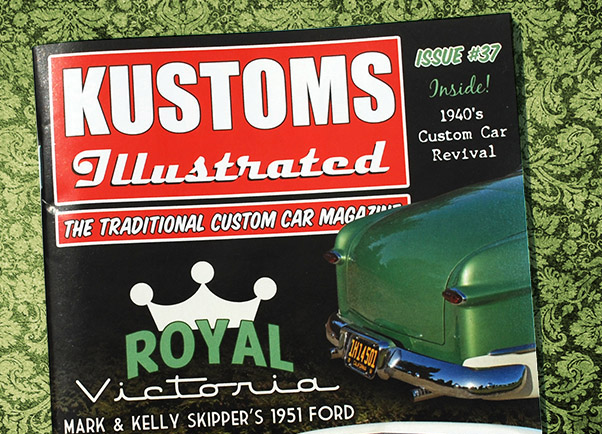 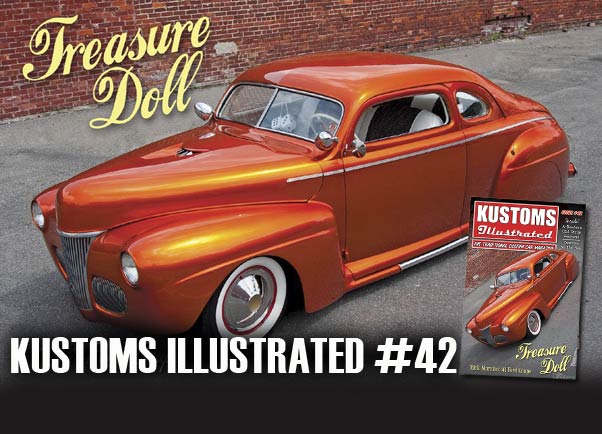